'He started bleeding from his lips and gums': Rattlesnake bites dog south of Kuna

Despite being bitten five times, "Toad" is expected to make a full recovery. 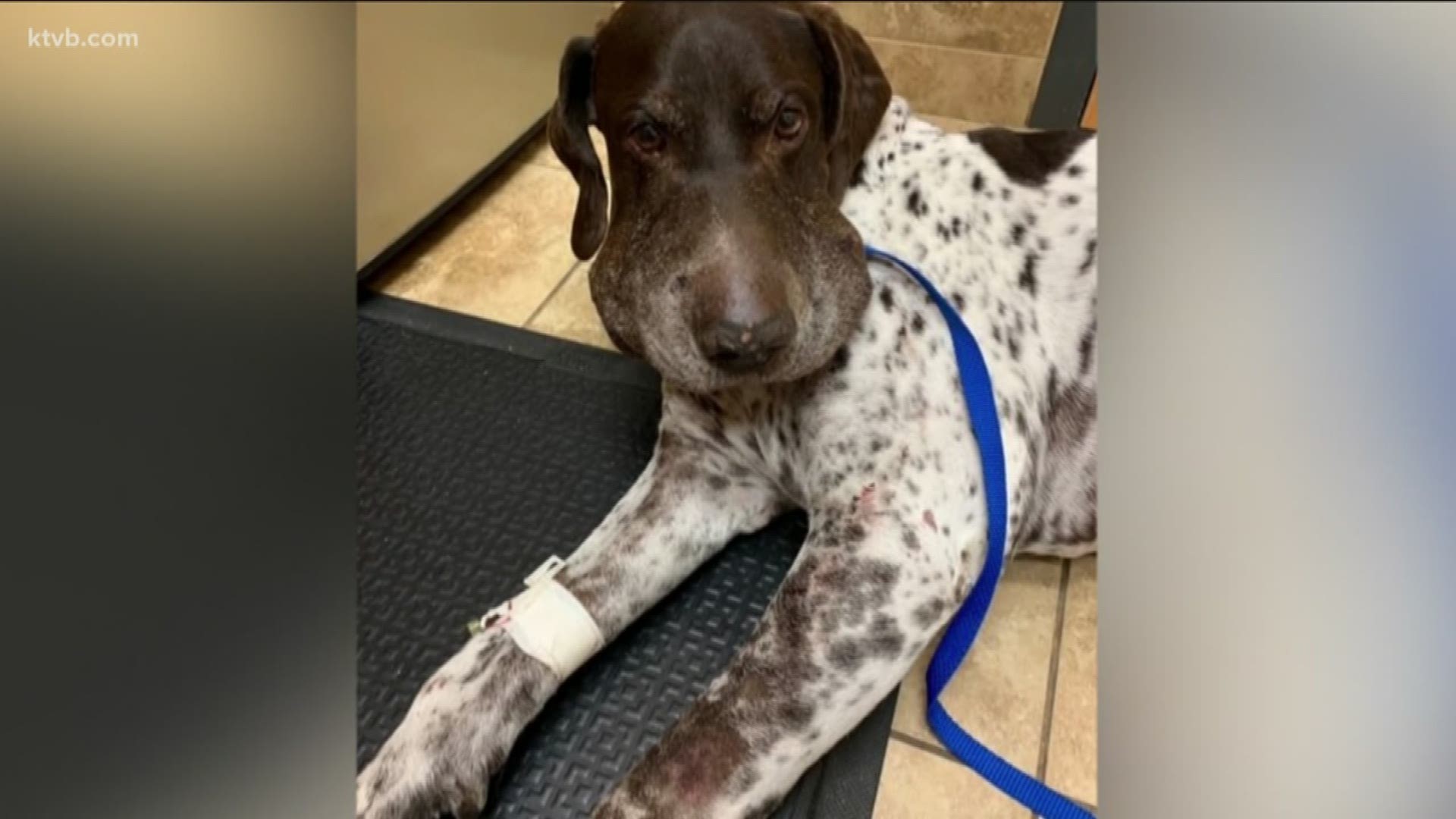 MERIDIAN, Idaho — It’s been a long few days for Debbie and Fritz Brownell after their German shorthaired pointer was bit last week by a rattlesnake.

The dog, named Toad, was running in an area south of Kuna when a rattlesnake bit him five times.

“As I approached him, I saw a snake cartwheeling in the air and when I got up to him, I kept him between me and the snake and when I went to grab him, big mistake, there were multiple snakes,” Fritz said.

Toad was attempting to play with the snakes moments before he was bit.

“We've taken him through the snake avoidance classes, but he's a dog, there's nothing you can do, he thinks snakes are a toy,” Fritz said.

Toad was taken to the veterinarian, but the venom took effect immediately.

“He started bleeding from his lips and gums,” Fritz said.

The rattlesnake bit the dog on both sides of his face and several times on his left front leg, which caused him to swell. At one point, Toad’s owners weren’t sure if he’d make it.

“That was just really, very scary, you know they're a part of the family so Friday was especially very scary and then they gave him a dose of the anti-venom Friday night,” Debbie Brownell said.

RELATED: Here's what to do if a rattlesnake bites your dog

Toad is continuing to recover, but his owners are now sharing what happened to warn other pet owners.

“People need to be aware that when they're out and about,” Debbie said. “We've encountered rattlesnakes in other places too, so you just have to be aware and alert and very vigilant.”

Fritz said he takes the blame for what happened to Toad because he knew there were snakes in the area, but this now serves as a learning lesson and he won’t be taking the dog to run in that area until it freezes.

Idaho Fish and Game told KTVB there isn't one area where rattlesnakes are congregating right now, but their best advice for people running their dogs in the foothills or desert, is to keep them on a leash.

RELATED: 'Unnecessary and callous': Man warns pet owners after his dog got caught in trap during hike in Ada County