The Cabela's parking lot at Milwaukee and Franklin roads has been a popular destination for dog breeders to set up shop but now breeders are banned after one puppy died from parvo. 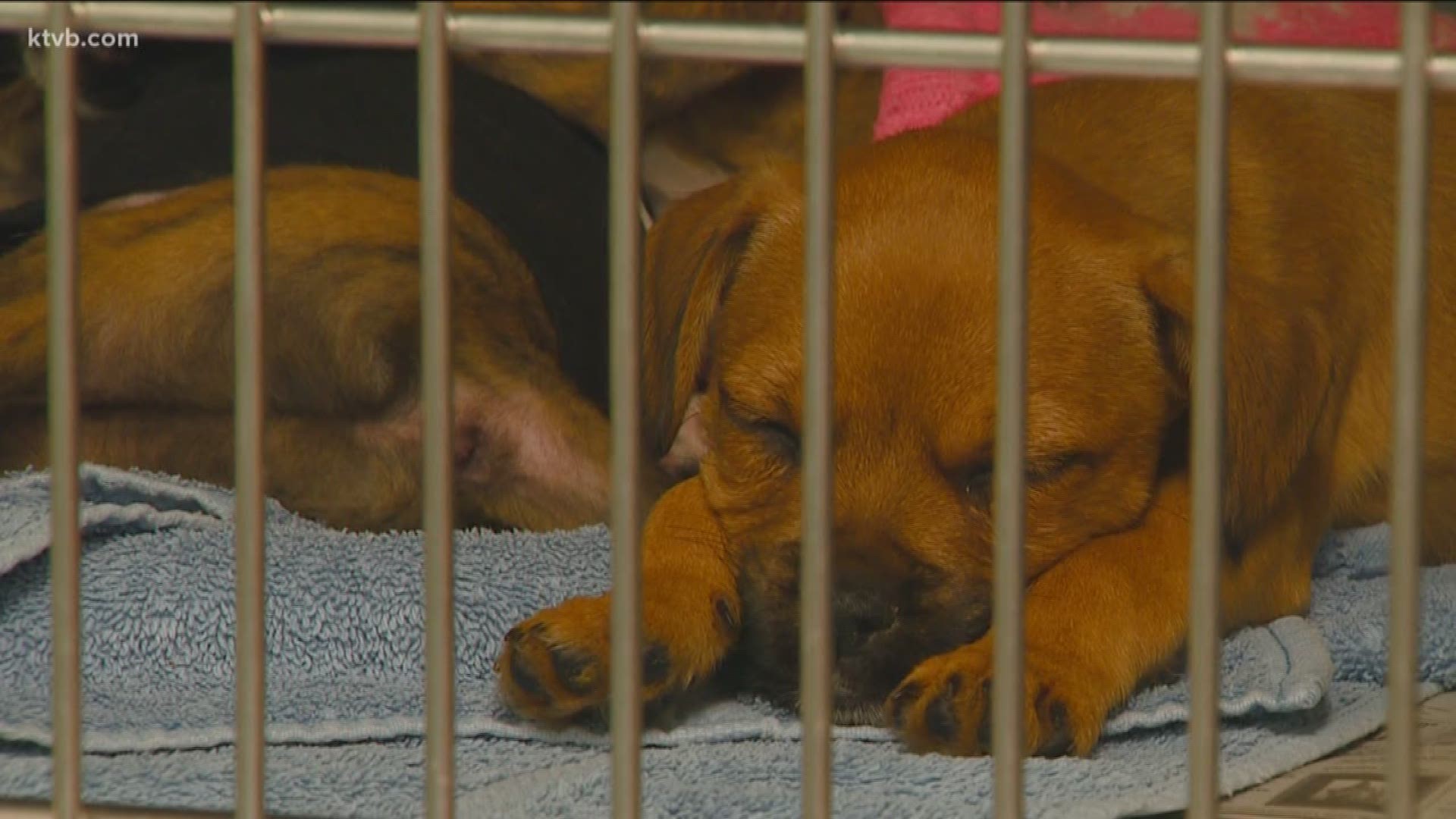 BOISE, Idaho — Following a parvo outbreak, dog breeders are now banned from setting up shop at the Cabela's parking lot at Milwaukee and Franklin road intersection in Boise.

The parking lot has been a popular spot for dog breeders to set up shop on the weekends to sell puppies.

Parvo is a deadly virus that affects a dog's gastrointestinal tract, basically making the dog vomit and have diarrhea until the dog becomes so dehydrated that they die.

Once both Cabela's and Hawkins Companies, the company that manages the parking lot, were told about the outbreak by security personnel, they banned all breeders and forced them off the property.

Tyler Holden bought a Pomeranian Yorkie puppy-mix for $600 from one of the breeders at the parking lot on April 6, after seeing adorable puppies for sale while having lunch.

He admitted it was an impulsive decision and didn't ask for paperwork or information about shots the puppy may have received.

"My wife fell in love at first sight and I just couldn't say no to that," Holden said.

Just days later, the dog, which he named Luna, became very ill and died within a week.

Holden was told by a veterinarian that the puppy had parvo.

"They admitted her with parvo as the diagnosis after they tested her and then she was a little bit better Wednesday morning and then she went downhill very quickly until she passed away Thursday," he explained.

After receiving the diagnosis, Holden went back to the breeder to tell her what happened.

"We went back this last Saturday and we found the breeder there again and we informed her that our Luna had passed away from parvo and her other puppies probably had it," he said. "She seemed to not know what parvo is, or that's what she acted like, and we explained it to her and she just kept selling the puppies."

Holden contacted security at Cabela's this past weekend and now no breeders are allowed to sell dogs there.

The Idaho Humane Society told KTVB that if someone is planning on buying a dog from a breeder, they should get to know the breeder, meet the puppy's parents, ask if the mom is continually bred, which is typically not a good sign for the puppy or the breeder.

Another tip for prospective puppy parents, get the paperwork on the dog's history of shots. Puppies are supposed to get a series of shots when they are eight weeks, 12 weeks, and 16 weeks.

RELATED: 'Unnecessary and callous': Man warns pet owners after his dog got caught in trap during hike in Ada County