Mayors of both cities say the financial cost of continuing to contract with the Idaho Humane Society was simply too much. 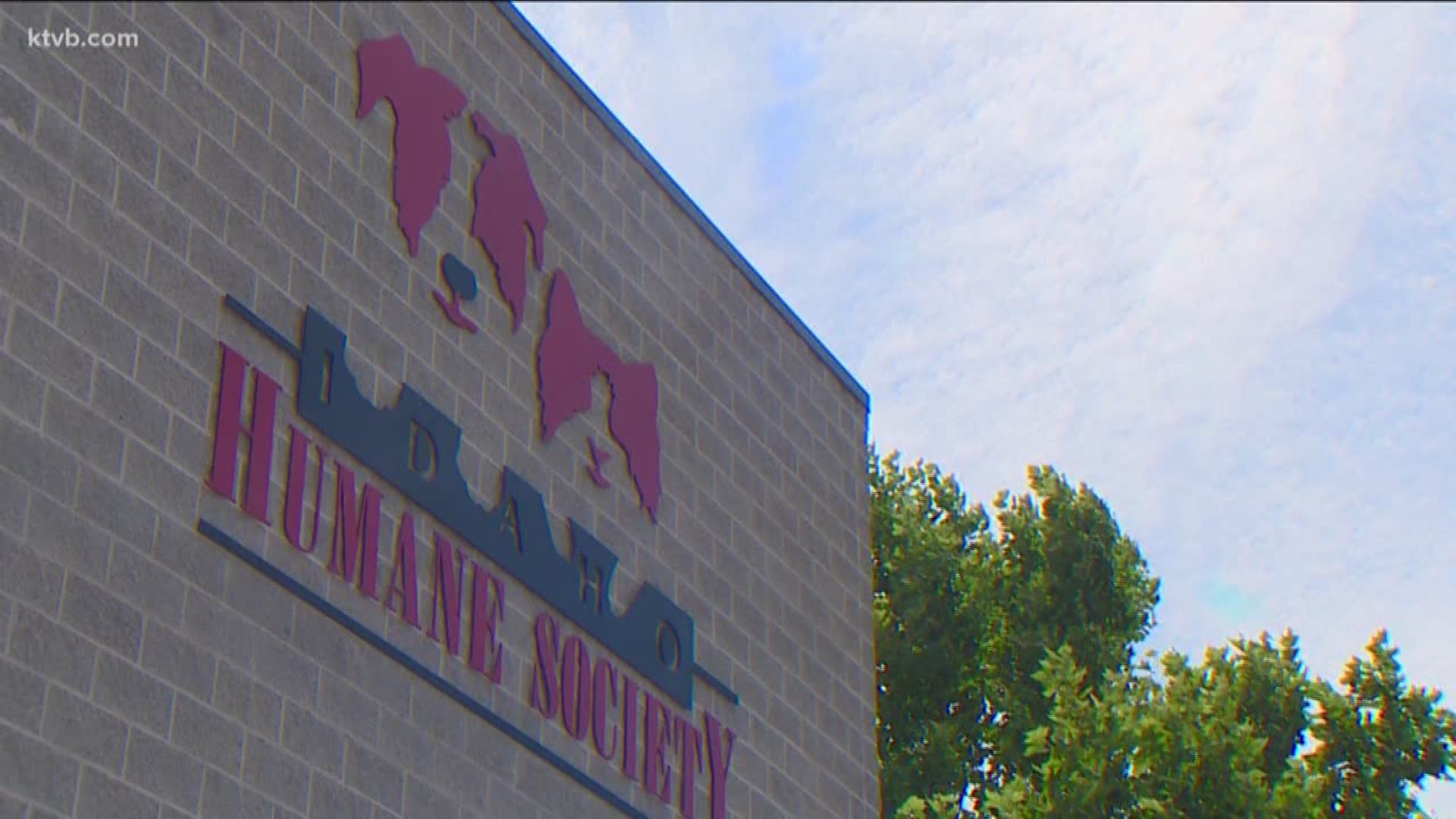 BOISE, Idaho — The cities of Eagle and Garden City will see some changes with their animal control services starting in the fall.

Both cities recently opted out of a contract with the Idaho Humane Society to provide the cities' animal control services.

Eagle Mayor Stan Ridgeway and Garden City Mayor John Evans both said the decision does not mean the cities won't have animal control services any longer. It means the services will simply be done by the cities themselves, instead of the Humane Society.

The nonprofit currently contracts with unincorporated West Ada County, as well as the cities of Boise, Meridian, Kuna, Eagle and Garden City to provide animal control services to all those areas.

Idaho Humane Society CEO Jeff Rosenthal said they have been working with all those cities for more than a year to determine budget costs for services in 2020. The city of Boise even hired a mediator to help with the discussions.

“So the outcome of that is an increase in our animal control budget to $2.3 million from $1.9 million," Rosenthal explained. "Sounds like a lot of money but it’s far less than what other facilities throughout the Pacific Northwest are paying for shelter and animal enforcement services.”

The increased amount is what the Humane Society needs to be able to continue operations, according to Rosenthal.

However, when looking at impacts the increase would have on individual cities, Eagle and Garden City leaders felt staying under contract with IHS was no longer justifiable.

“There are two primary factors. One is cost, the other is service,” Evans said.

“The estimated amount would about double our current expenditure,” Evans said. “That’s something I just can’t justify doing.”

According to Evans, it's taxpayer money so when you look at the budget and where the money comes from, it ends up having to be a trade-off. If the city were to increase costs for animal control, it would have to lose money in another area.

“It’s not like the money comes out of the air, we’ve got to pull it from somewhere else,” he said.

Evans also added that service is a factor.

“The Humane Society isn’t really, in my opinion, set up to respond," he said. "They just don’t have the personnel and the vehicles to be able to respond in a timely manner.”

Both Ridgeway and Evans said for their cities' needs, the local police departments are able to provide as much service as the Humane Society.

Garden City used to do its own animal control, according to Evans, so it already has the proper kennel space and the city's needs aren't expected to outgrow the space.

Rosenthal said local governments are certainly capable of providing their own animal control, but there are a few concerns with doing so.

Both cities are currently working on plans for how to run their own animal control services. Changes would go into effect October 1.