Everyone with a license expiring in November or December will be sent a form that will allow them to opt to renew their license by mail, rather than in-person at the DMV. 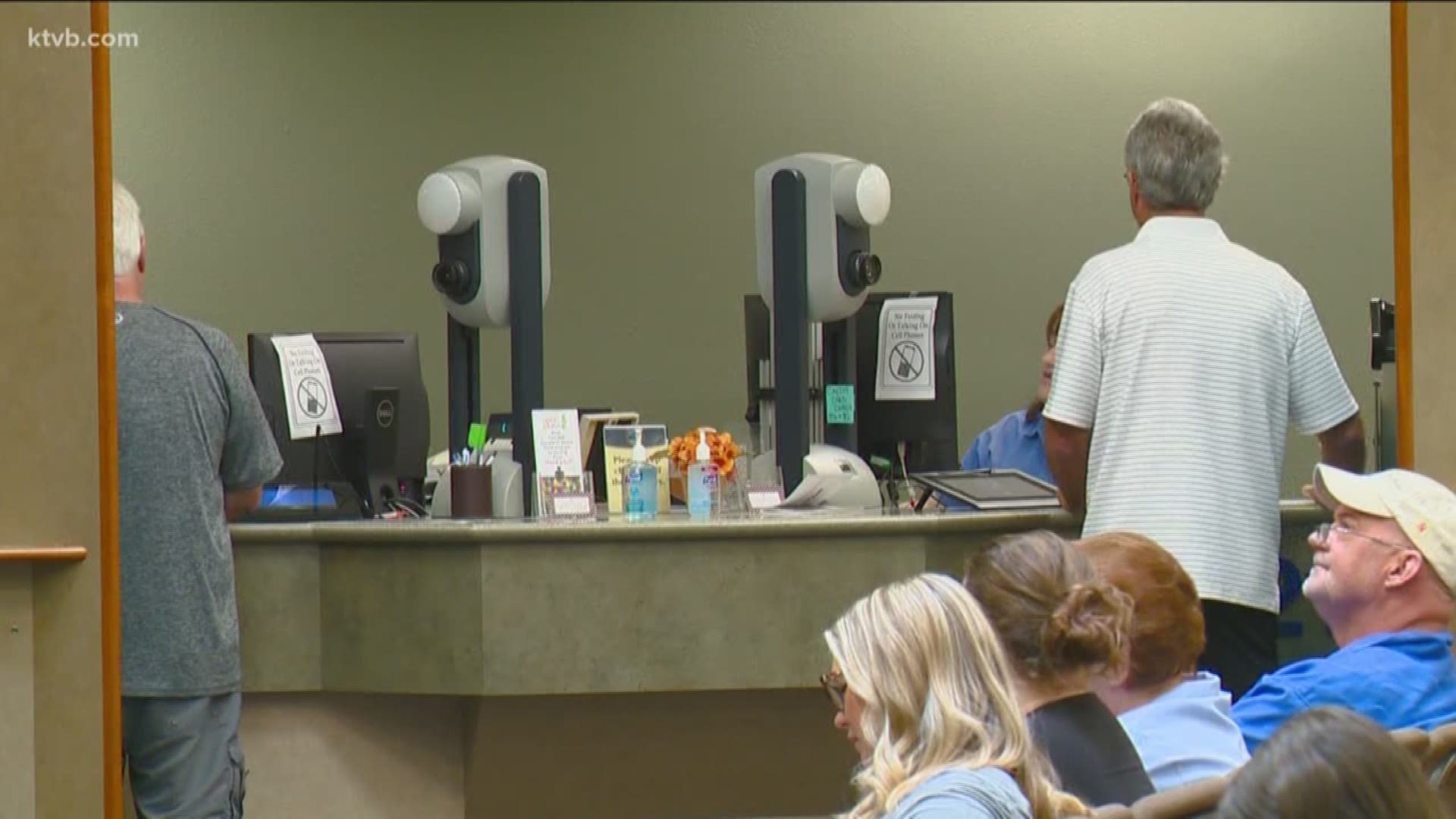 BOISE -- The Idaho Transportation Department will allow some people to renew their license by mail after persistent outages and software issues resulted in a logjam at driver's license offices across the state.

People seeking to renew their license or get a new one have reported waiting for hours at the DMV, at times returning home empty-handed after the clock runs out or the system crashes. Some frustrated residents have even opted to make the drive to a less-populated county in search of shorter lines.

ITD said Thursday the mail-in plan may help alleviate some of that pressure.

All residents with a license expiring in November or December will be sent a form that will allow them to opt to renew their license by mail, rather than in-person at the DMV. The mail-in renewals also will be available in county driver’s license offices.

Residents whose licenses have already expired, or will expire in the remaining days of October will not be sent the form, but can still renew their licenses by mail if they go down to the DMV to physically pick up the form.

The Star Card and CDL licenses are not available to be renewed by mail. Currently, the mail-in option is not offered to anyone whose license is set to expire later than December of this year.

Officials with ITD say they will track the number of mail-in renewals work with the Idaho Sheriffs’ Association to decide whether to extend the process past the end of the year.

Individual county sheriff's offices are in charge of Idaho's driver's license services, while the third-party vendor software used in those offices is overseen by Idaho Transportation Department.

ITD upgraded the state's system for licenses, ID cards and some permits in August after the previous system, which was about 40 years old, began to break down, leading to repeated outages and other problems.

But lengthy delays and system crashes continued after the new software, Gems, was installed. Coupled with the backlog of customers needing a license or license renewal, those problems have caused entrenched delays, leading to an aggravated public and frustration for the agencies involved.

“This system failure has at no time been the responsibility or fault of our County Sheriffs and their staff," Idaho Sheriffs Association President Kieran Donahue said in a press release. “The combination of vendor software failures and upgrades to other software have not been able to achieve what either the Sheriffs or ITD would have expected for a system which supplies such vital service to the citizens of the state. We are hopeful the mail-in renewal process will help take some pressure off the system and our citizens while the state works on remedying the situation by exploring other long-term solutions.”

ITD has already issued an emergency extension that gives everyone whose license expired in July through September until the end of this month to get it renewed. The offices that handle vehicle titles and registration have been unaffected by the software issues.

ITD DMV Division Administrator Alberto Gonzalez said his department and others are continuing to work for a permanent solution to the licensing issues.

“ITD appreciates our county sheriffs and staff that have been working tirelessly to assist customers that have been unable to receive a license due to late-summer system issues,” Gonzalez said in a statement. “In the future, the DMV plans to offer an online customer portal that provides self-service functions for various licensing needs. Currently, ITD is eager to provide this mail-in renewal option effective this week.”