Want to avoid driver's license office lines? Some Idahoans are driving far for a shorter wait

Some Ada County and Canyon County residents are crossing county lines to get a driver's license at other locations such as the Marsing DMV. 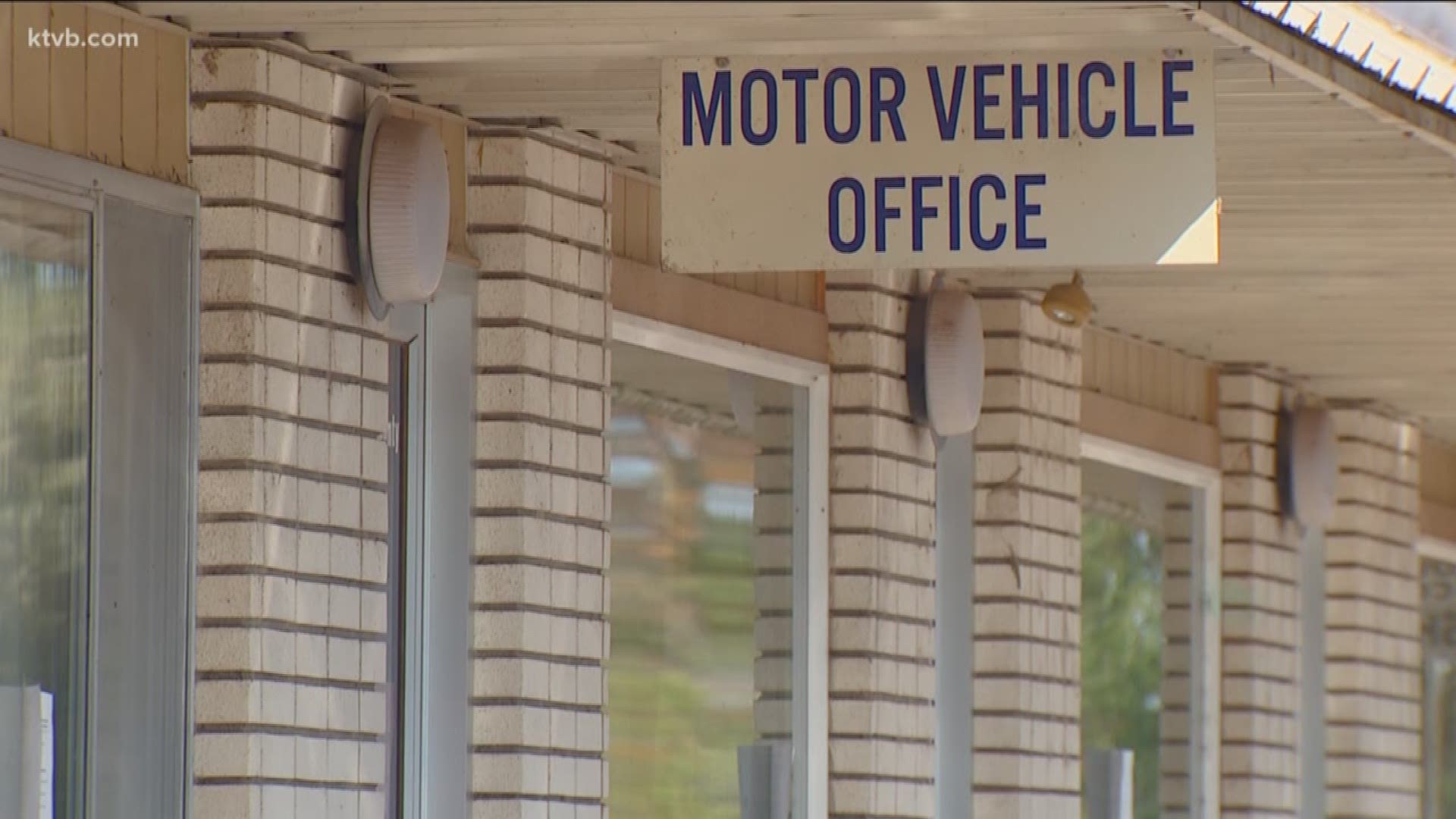 MARSING — If you've been trying to get a driver's license in Ada or Canyon County, you know about the long wait times and delays.

They have been quite frequent since the Idaho Transportation Department put in a temporary fix for its driver’s license software over a month ago.

Now, some people are crossing county lines in hopes of finding quicker service.

On Thursday morning, a crowd of people, who were mostly from Canyon County, made the trip to the Marsing DMV.

Customers there said it took about one to two hours to get through the line, which they say isn't bad compared to locations in Ada and Canyon counties.

"The Caldwell DMV is like a zoo because of computer problems," says Les Brenn, a Canyon County resident.

"They were saying it was about a 200-minute wait," adds Bryan Slater of Canyon County.

"My license expires next week so I'm trying to get it, so I went to the Caldwell DMV this morning," says Thelma Davis of Garden Valley. "They had a three- to four-hour wait and when he says it’s a zoo, it's worse than a zoo. People everywhere and so my daughter said why don't you go over to Marsing it will be easier over there they don't have a backlog here, so I came over here."

With a surge of people coming from counties outside Owyhee County, there wasn't a whole lot of space to park Thursday morning at the Marsing DMV.

"I have seen people, who I see them in the mornings, getting out of their vehicle going and when I'm coming home for lunch their vehicle is still here," says Mark Gibson, a chiropractor who works next door to the DMV.

Gibson is one of several nearby businesses and homes that put up "No DMV Parking" signs. He says they are largely ignored.

"The people that come out here to use the facility, the DMV facility, all come here, and all of my parking spaces will basically be taken up except a couple, even though I have posted in the front of my office "No DMV parking'," Gibson said.

With no signs of shorter wait times at Ada and Canyon County DMV's, Gibson says he will start towing.

As for customers in Marsing and other locations, they will just have to be patient.