Economist: Treasure Valley housing boom to continue, but no threat of housing bubble

Gardner predicted housing prices would grow roughly 9% in both Ada and Canyon counties by the end of 2020, continuing the trend of booming housing costs.

BOISE, Idaho — The Treasure Valley’s economic forecast for 2020 got a big thumbs up from an economist on Thursday, but it came with a warning about how housing affordability could be a looming problem for Boise.

Matthew Gardner, Windermere Real Estate’s chief economist, addressed a crowd of several hundred in the ballroom of JUMP Thursday morning to give his annual predictions for the 2020 economy in Boise and nationwide, according to the Idaho Press.

With wry humor sprinkled throughout the presentation, Gardner gave a glowing prediction for Boise’s growth driven by an influx of new residents and companies, plus the relatively low cost of living compared to the western United States.

Most of his presentation focused on positives, like Boise’s vibrant downtown, single-digit numbers of homeowners underwater on their mortgages, and low unemployment rate. But toward the end he cautioned about the city reaching a point where working-class residents could no longer afford to live in city limits.

“Do not kill the goose that’s laying a ton of golden eggs right now, because at some point affordability is going to become an issue,” he said. “At a point firefighters and nurses, where are they going to live? They’re going to get pushed further and further out.”

Gardner predicted housing prices would grow roughly 9% in both Ada and Canyon counties by the end of 2020, continuing the trend of booming housing costs.

Although the housing costs are rising, he said there is no indication of a bubble like the one that caused the Great Recession in 2008. Because mortgages are now harder to qualify for, only 2% to 3% of Boiseans are underwater on their mortgages; 35% of Boise homeowners have over 50% equity in their homes.However, the market will remain competitive, stemming from the influx of new residents and high construction costs due to regulation, land and material costs, and labor shortages in the construction industry.

“Listings are going to be remarkably tight,” Gardner said. “It is still going to remain a seller's market throughout the course of this year.”

Boise’s unemployment rate remains below 3%, and Gardner predicts 12,600 jobs will be added in the area by the end of 2020. He said this should result in wage growth throughout the Valley this year due to employees being able to easily find work that pays them higher rates if they are not compensated more.

“Heads up employers, pay your employees a lot more if you want to keep them, because if you don’t they will find a job down the street,” he said.

One of the reasons he said employers will have to raise wages is because nationwide the economy’s growth is beginning to slow down. He did not predict a recession for 2020, but Gardner said it is likely the economy will start adding jobs at a slower rate. He anticipated 1.8 million jobs will come to the U.S. economy by the end of 2020, but because of the growing workforce, he expects the nation’s unemployment rate to climb slightly by 2021.

“At some point, this country has had 47 recessions and you’re going to have 47 more,” he said. “…Don’t be surprised if we see a recession in 2021, but don’t worry, it will look nothing like the Great Recession, and housing will not be a contributing factor to it.”

He said job growth is slowly due to uncertainty in the economy from multiple factors, like ongoing trade tensions with China, the upcoming presidential election, the Coronavirus from China spreading, trade talks with Mexico and Canada as well as the question if Boeing will begin to manufacture a new type of airplane this year. (President Trump on Wednesday signed a new trade agreement with Mexico and Canada into law.)

Congress passed the Tax Cuts and Jobs Act in 2017 that decreased the tax burden for corporations and others in the hopes of stimulating the economy. Gardner said this did not have the desired effect of helping working class Americans and increased inequality.

“What was supposed to happen is a thing called trickle down economics, and corporations were supposed to take those tax savings and hand them down to the employees out of the goodness of their hearts,” Gardner said. “Poppycock. The rich just got a lot richer and (the growth) did not come through. The expectation was that we'd see more economic growth, but it didn’t happen.”

RELATED: We asked newcomers why they moved to the Treasure Valley 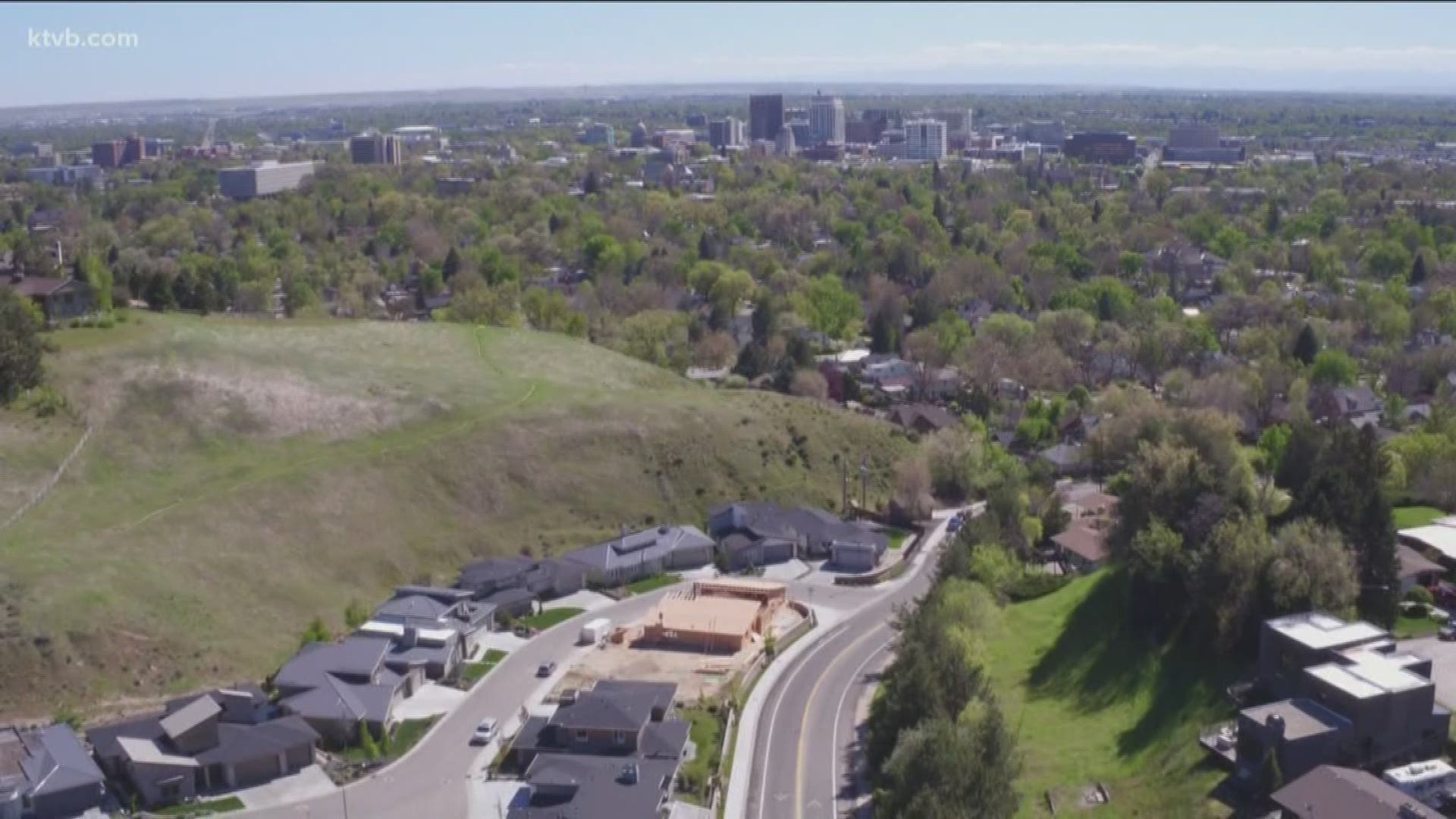 America’s housing market has been riding a roller coaster since the late 1990s, he said. Either prices have been shooting through the roof, hitting the rock bottom of the burst housing bubble 10 years ago or climbing once again due to limited inventory and increased construction costs.

He predicted the slowing growth of the economy in 2020 will be approaching a more normal period, with a 3% increase for home sales for the year. This will be the lowest rate of growth since 2012.

“It won’t be great, but it will still be reasonable expansion,” he said. “If and when we have an economic slowdown, housing is going to be just fine.”