Kate Riley, 66, can't stand to leave, and she can't afford to stay. 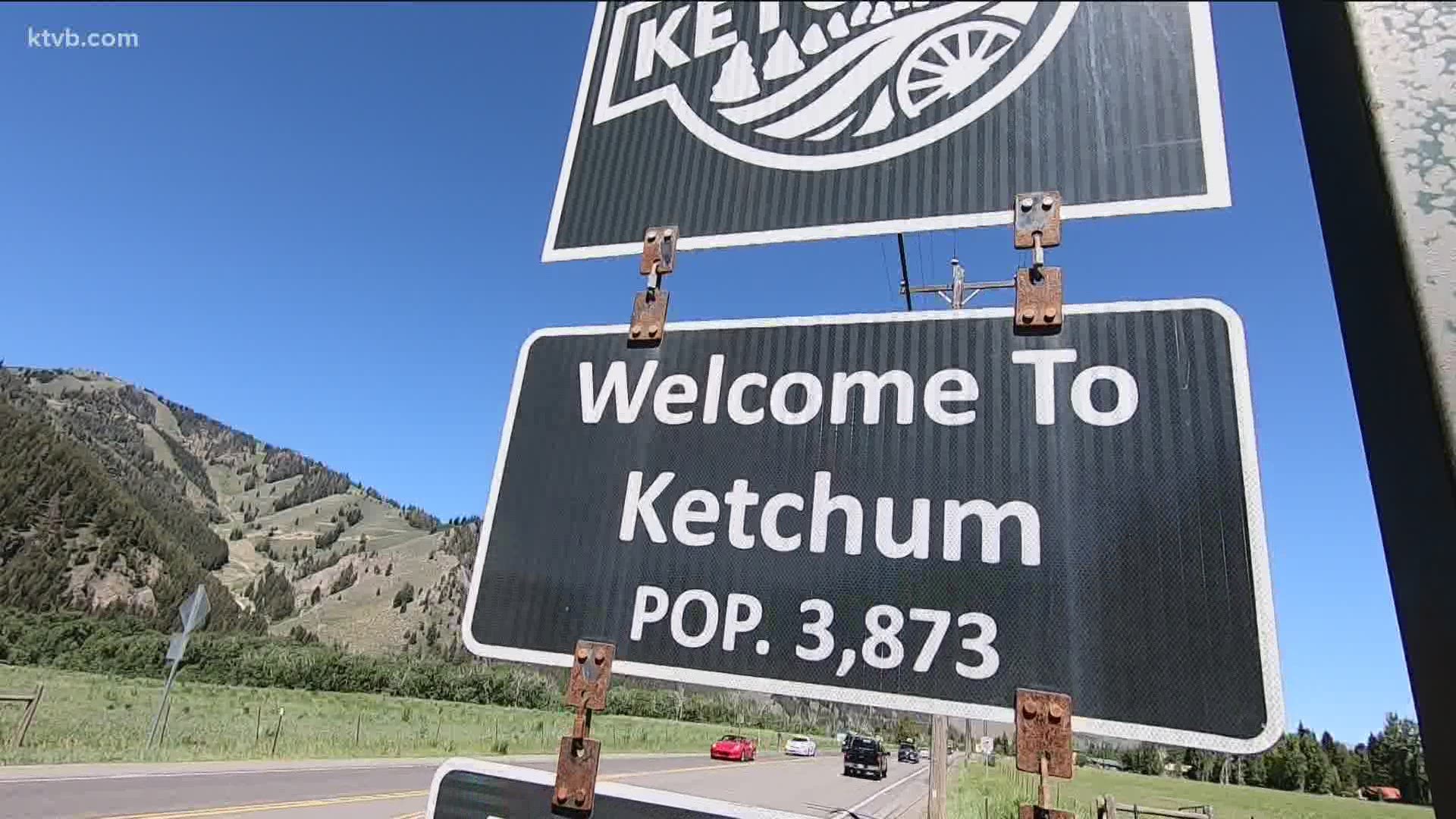 KETCHUM, Idaho — Kate Riley has nowhere to go, so she is here, wiping away tears on the grassy lawn in front of Ketchum's City Hall where she hopes her story might be the one that compels the city to do something.

Rent on the small garage apartment where she lives in Blaine County has already shot up to $1,300 a month, and now the owners are putting it up for sale.

The 66-year-old has been searching, but can't find anything she can afford anywhere close to Ketchum. Starting over somewhere else feels unthinkable.

"It's so uncertain, but the thought of having to leave - it just doesn't feel like an option," she said. "But then, I just don't have options right now."

"The thought of having to say goodbye at this stage in her life is tearing me apart," she said.

Riley's grief and uncertainty is playing out all over town as longtime locals and seasonal workers alike come to grips with the idea there may not be a place for them here anymore.

Some have thrown in the towel and are moving. Others are living in campers and tents in the national forest up Trail Creek Road. Still more are commuting to Blaine County from farther and farther away.

Home prices and rent have risen astronomically in the central-Idaho resort town and its neighboring communities, fomenting a housing crisis that is squeezing out all but the ultra-rich. Ketchum, with its population of just a few thousand, is playing out as a more extreme, more concentrated version of the housing woes in bigger cities across the state like Boise and Coeur d'Alene, where rising costs coupled with low inventory are making it increasingly difficult for residents to get by on Idaho wages.

At Monday night's city council meeting in Ketchum, the council and Mayor Neil Bradshaw opted to table a controversial suggestion to allow local workers to sleep in tents at Rotary Park, even as they vowed to move forward on other short-term housing solutions.

The "temporary tented housing" in the park had been suggested during a brainstorming session aimed at coming up with anything that could lift the burden on firefighters, nurses, teachers and service workers struggling to find anywhere to live in Ketchum, Bradshaw said. Unlike dispersed camping outside of town, there is a bathroom in the park and showers at the YMCA right across the street.

Although the council ultimately decided not to move ahead with that proposal, bids to allow tent camping or RV parking on other properties around the area may still bear fruit.

Other short-term fixes discussed include using federal funding to try to offer rental assistance, as well as partnering senior homeowners who need help with local workers who need a place to stay.

Those options are seen as a stop-gap measure until longer-term affordable housing solutions can be built.

Bradshaw said housing has been an issue in Blaine County for decades, but the COVID-19 pandemic, which resulted in remote workers and other people moving into town, has "amplified the issue."

So too has the proliferation of short-term rentals like AirBnBs and VRBOs, which saw long-term renters pushed out to make room for tourists paying hundreds of dollars a night for the same house or condo. A law passed by the Idaho Legislature in 2017 blocked cities from regulating short-term rentals, although Ketchum leaders say they are now exploring whether there are any loopholes in that law that would withstand a legal challenge.

"We're at a crossroads now for our community," Bradshaw said. "How we respond to the different proposals for community housing will really lay the foundation for what we will be like as a community in years to come. And I think everyone has to take that position very seriously."

Reid Stillman, a Ketchum native who has announced a bid for mayor, agreed. Even with a busy summer season ahead, he warned, businesses in town will fail if the workers they need can't hang on.

Some of Ketchum's wealthier residents have previously rallied to block workplace housing developments, citing the aesthetics or density of the planned buildings. Stillman said he hopes that group reconsiders their position in the future, and confronts the reality of the situation: If nothing changes, the Ketchum of today will be gone.

Kate Riley was the first person inside when the doors to the city council chamber opened for members of the public, one by one, to comment on the housing situation and how Ketchum should move forward.

She was holding her notes. She had practiced speaking without crying. She knew what she was going to say. She wanted to look them in the eye.

"What's becoming obvious, day by day, is that the invisible threads that hold this community together will disappear," she told them. "I'm one of them."