This city of Boise is expected to grow by around 50,000 people over the next 20 years. Planners want your feedback on how to manage the growth. 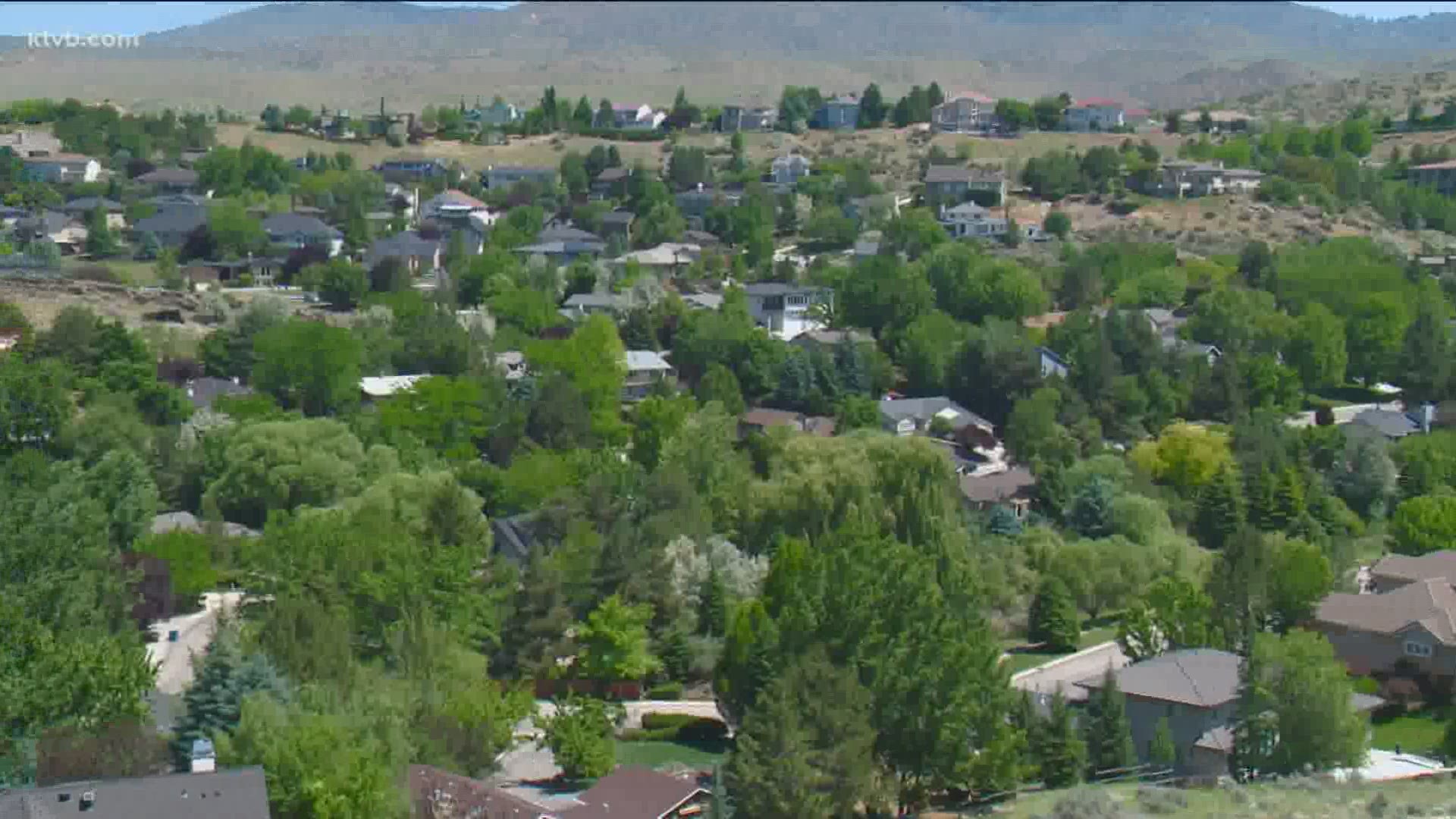 BOISE, Idaho — The Boise Planning and Zoning Committee is making progress on an updating city code.

We first told our viewers about this in the Fall of 2019 when this was in its very early stages. Now, the city wants feedback from you.

Just over 240,000 people live in Boise, and with an expected increase of over 50,000 people by 2040, the city is working now to make changes to the zoning code, but city planners say it's a long and expensive process.

It has been over 55 years since Boise's zoning code was overhauled. City planners say their goal with a modern rewrite is simple.

"To create a more user-friendly code that anyone can utilize and understand, so we'll include illustrations, graphics, and organize it to where it's intuitive for anyone to use," said Andrea Tuning, an urban and regional planner for the City of Boise.

The city wants to rewrite the zoning code to create solutions for affordable housing and preserve the environment.

"Ultimately concerned about our climate and all our environmental components throughout the city of Boise like the foothills or the Boise River, but we also are concerned about how people live and we want to make sure everyone has a home no matter what stage of life you're in or what income bracket you're in," Tuning added.

The rewrite will be broken up into three modules -- allowed uses, design and development standards, and process and procedures.

"This is something that's going to affect people in the short term a little bit, but in the long term it's our children and our children's children and how they get to interact with our community, so I think that importance and that urgency has weighed on a lot of our committee members," said Deanna Dupuy, a comprehensive planner for Boise City.

The city also wants your input right now on the first module - allowed uses, which will answer questions such as: Are you allowed to run a hair salon out of your home or have a duplex in your neighborhood?

The module one survey closes on June 10th.

The city will have surveys for the design and development standards, and process and procedures modules, which will wrap up by the end of 2021.

"And then we'll start the adoption process which goes through planning and zoning and city council, which we're thinking of in 2022," Dupuy added.

The rewrite process will cost $300,000, and will take about three years to complete.

If you want to get involved, there will be a virtual community conversation on Monday, and an in-person meeting at Magnolia Park at 6 p.m. on Thursday, June 10.