The Idaho Attorney General's Office has weighed in on the fight between lawmakers and Gov. Brad Little. 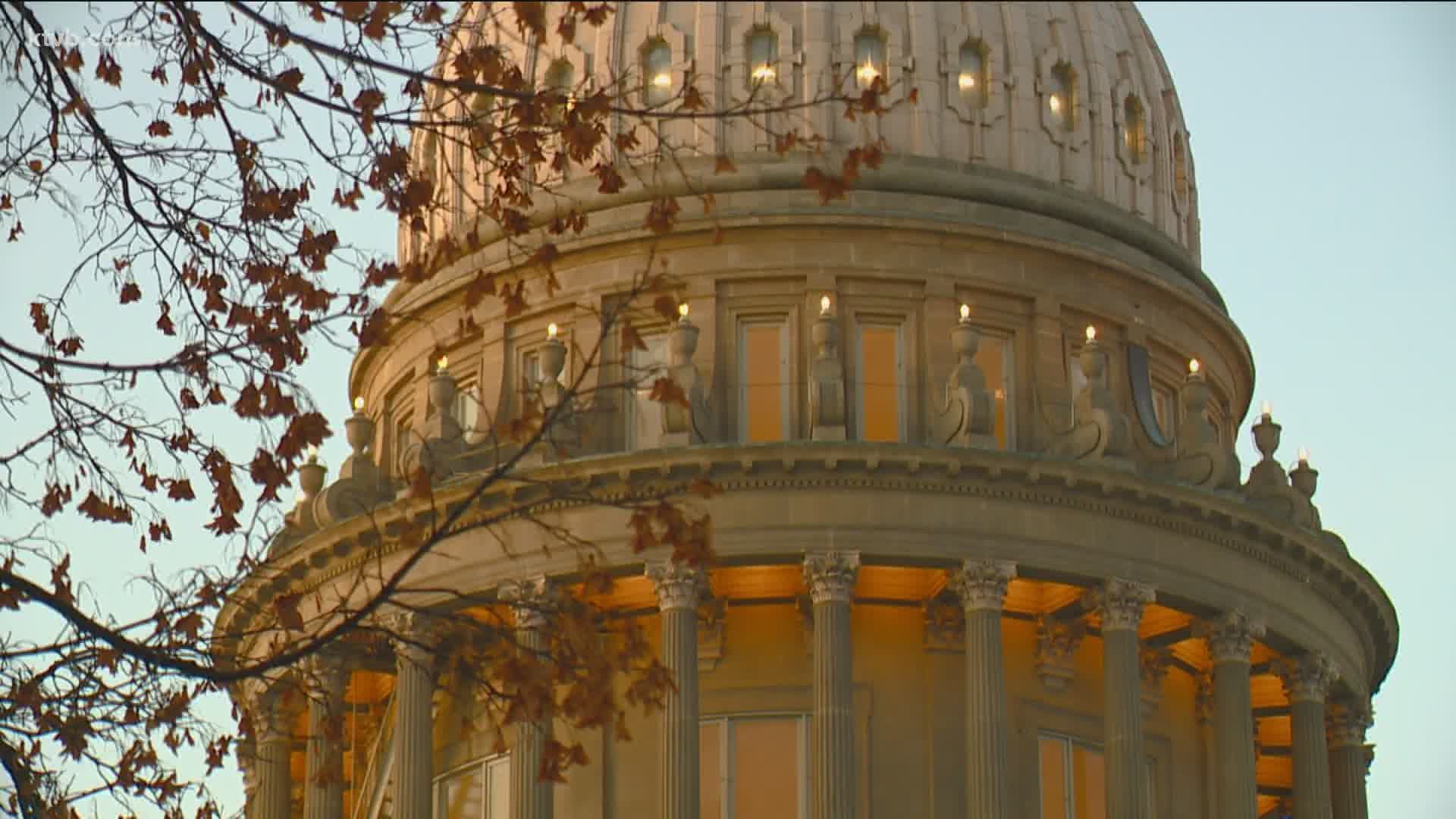 BOISE, Idaho — Attempts by the Republican-dominated Legislature to wrest power from GOP Gov. Brad Little when it comes to emergency declarations during a crisis like the coronavirus pandemic appear to have taken a hit.

The Idaho Attorney General's Office in an opinion on Thursday says a strategy by the Legislature to use concurrent resolutions that don't require a governor's signature to end a governor's emergency declaration is not contained in the Idaho Constitution.

The Attorney General's Office says such a concurrent resolution merely expresses the Legislature's preference but has no legal effect.

The opinion was released after Rep. John Gannon (D-Boise) reached out to the AG's Office.

As a member of the House State Affairs Committee, Gannon said there were a couple of pieces of legislation introduced early on in the session that he thought may be unconstitutional.

"I don’t think you can make policy by resolution," he said. "The governor has a right to weigh in on policy also and you can’t just sidestep the governor."

The Attorney General's Office ultimately agreed with him, saying that while Idaho code gives the Legislature authority to end an emergency declaration, the Idaho Constitution does not.

"There have been code sections that have passed the Legislature that have been found to be unconstitutional," Gannon said.

In order to bring an end to the emergency declaration, the Legislature would have to go through the constitutionally-mandated process, according to the Attorney General's Office. This is the standard process where a piece of legislation is approved by both chambers, then sent to the governor's office for a signature. If the governor vetoes it, the legislature can override the veto with a two-thirds majority vote.

"Any legislation that does not meet these requirements is not law," Assistant Chief Deputy Brian Kane said in the opinion letter. "Any legislative override of an executive order or emergency declaration must comply with the lawmaking requirements of the Idaho Constitution."

Lawmakers in the House and Senate have put forward several concurrent resolutions aiming to end Little's coronavirus emergency or reign in his executive authority during an emergency.

At a news conference on Jan. 22, Little blasted lawmakers over their efforts to limit the governor's emergency declaration powers.

"I believe in my heart that what the Idaho Legislature is doing is harmful to our people and wrong for Idaho," he said.

And on Wednesday, two former House speakers - Congressman Mike Simpson and Bruce Newcomb - wrote an open letter expressing support for Little and admonishing lawmakers for trying to undermine the governor's authority during an emergency, saying it "endangers the lives of Idahoans."

"A crisis is not the time to dismantle the Governor's ability to respond quickly during an emergency. A crisis is the time to lead," Simpson and Newcomb wrote.

In a Twitter post on Wednesday, the Idaho House Republican Caucus said they wanted to clear up confusion over the issue, noting they want to ensure that all Idahoans are considered 'essential,' make sure the governor cannot suspend Idaho code, and limit emergency disaster declaration lengths.

The Idaho House Republican Caucus continues to work for Idahoans, but recent statements have clouded the issues. See below for a look at what we are, and we are not doing. We hope this eliminates any further confusion.#idleg #idpol pic.twitter.com/EybYfgbQUo