The new pod is a temporary facility for female inmates that officials hope will ease chronic overcrowding in the jail. 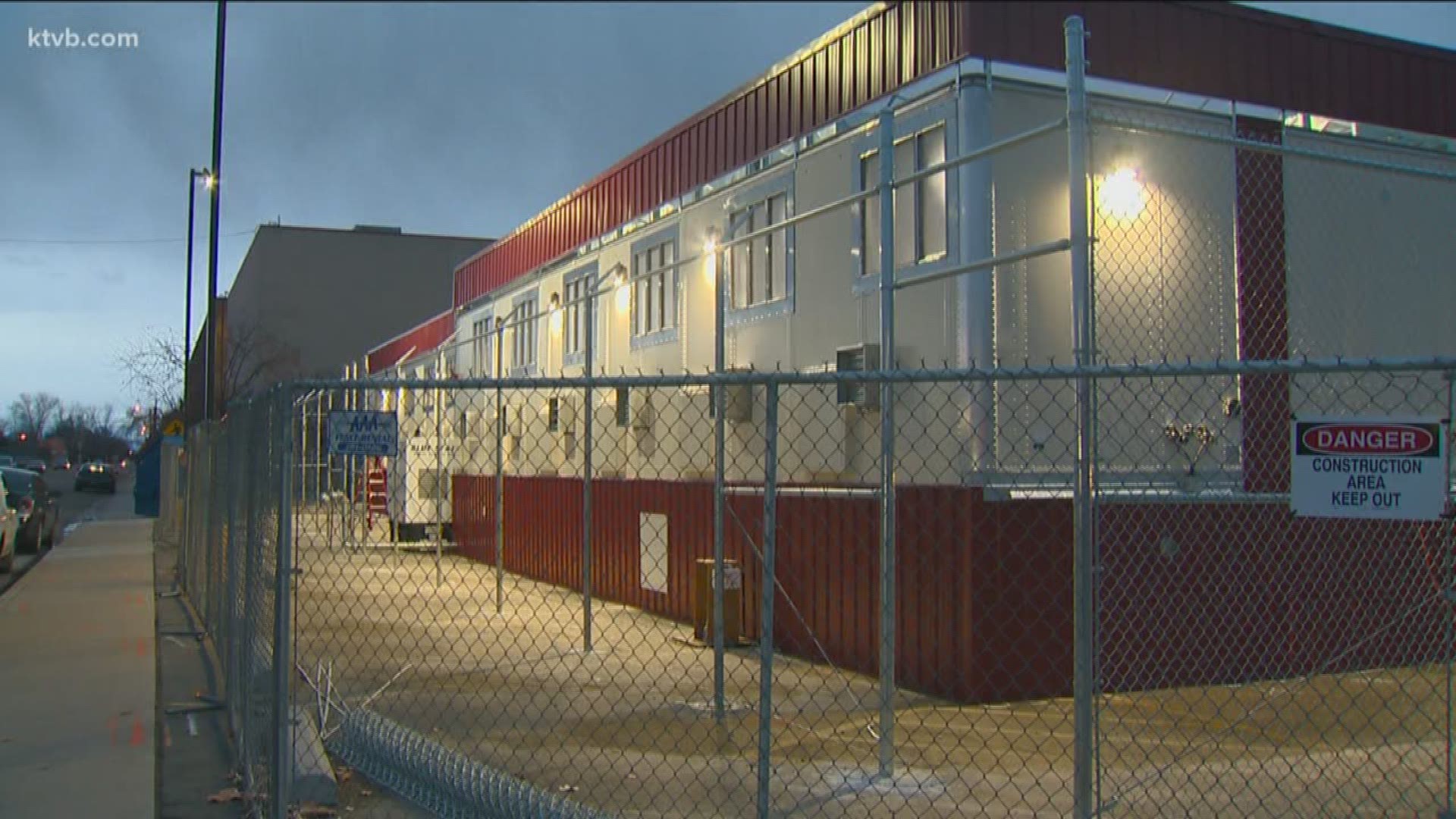 CALDWELL, Idaho — After multiple failed bond attempts to build a new jail, Canyon County has come up with a innovative solution to help ease jail overcrowding.

The county signed a lease to bring in a temporary jail pod, which is just a few weeks away from being operational.

The pod is actually made up of more than two-dozen 53-foot semi tractor-trailers, welded together into one building.

While the unit is meant to be temporary, it is built to be secure.

“On the inside of the trailer, all the walls are constructed of stainless steel, even the roofs and then the doors, etc.,” Canyon County Sheriff Kieran Donahue said.

The unit will house 122 female inmates, facing a wide range of charges.

“The only place in the entire complex where there will be female inmates is in this building,” Donahue said.

That means female inmates currently in the Dale Hale Detention Center will be moved, freeing up space for additional male inmates.

All women currently being held in a 71-year-old jail facility near the detention center will also be relocated to the new unit.

Since part of that jail, built in 1948, is already condemned, Donahue hopes moving the remainder of the women out of there means the county can close down the facility for good.

Besides stainless steel, other features of the new unit include two outdoor recreation areas to comply with federal and state law. It is also ADA compliant.

The jail pod also has a built-in HVAC air system which can completely clean the air of things like smoke or other contaminants in less than a minute.

“It’s a very unique design," Donahue said. "It’s never been done before at this level and this magnitude. It's a one of its kind facility because of that.”

RELATED: 'It's a Band-Aid on a bleeding artery': Canyon County Jail begins to house inmates in trailers

The exterior of the building was designed to blend in with nearby buildings, so as to avoid looking like an eyesore.

“It has surpassed my expectations. Quite frankly I was not for it when we first started talking about this,” Donahue said. "But from the initial point to getting it here to now seeing what it's become, it really is remarkable."

Though Donahue was pleasantly surprised by the quality of the jail pod, he wants to be clear it is not a "fix-all." It does not solve the overcrowding issue; rather, it's really just an expensive Band-Aid.

“It’s not a long-term fix, it’s not a long-term solution," he said. "It’s a solution for the short-term to buy us some breathing room – buy us a little bit of a buffer while we figure out what we’re going to do in this county for the long-term.”

The jail pod comes with a price tag of $12.5 million just to construct. Operating costs will require additional money.

Canyon County has a 5- to 7-year lease agreement with the company and Donahue hopes by then a more permanent solution can be found.

Construction should be completed with staff training inside the new facility in two to three weeks. The goal is to have inmates moved over shortly after.