The plant employs 110 people, according to Darigold. However, the impact of the fire goes beyond just those who work there. 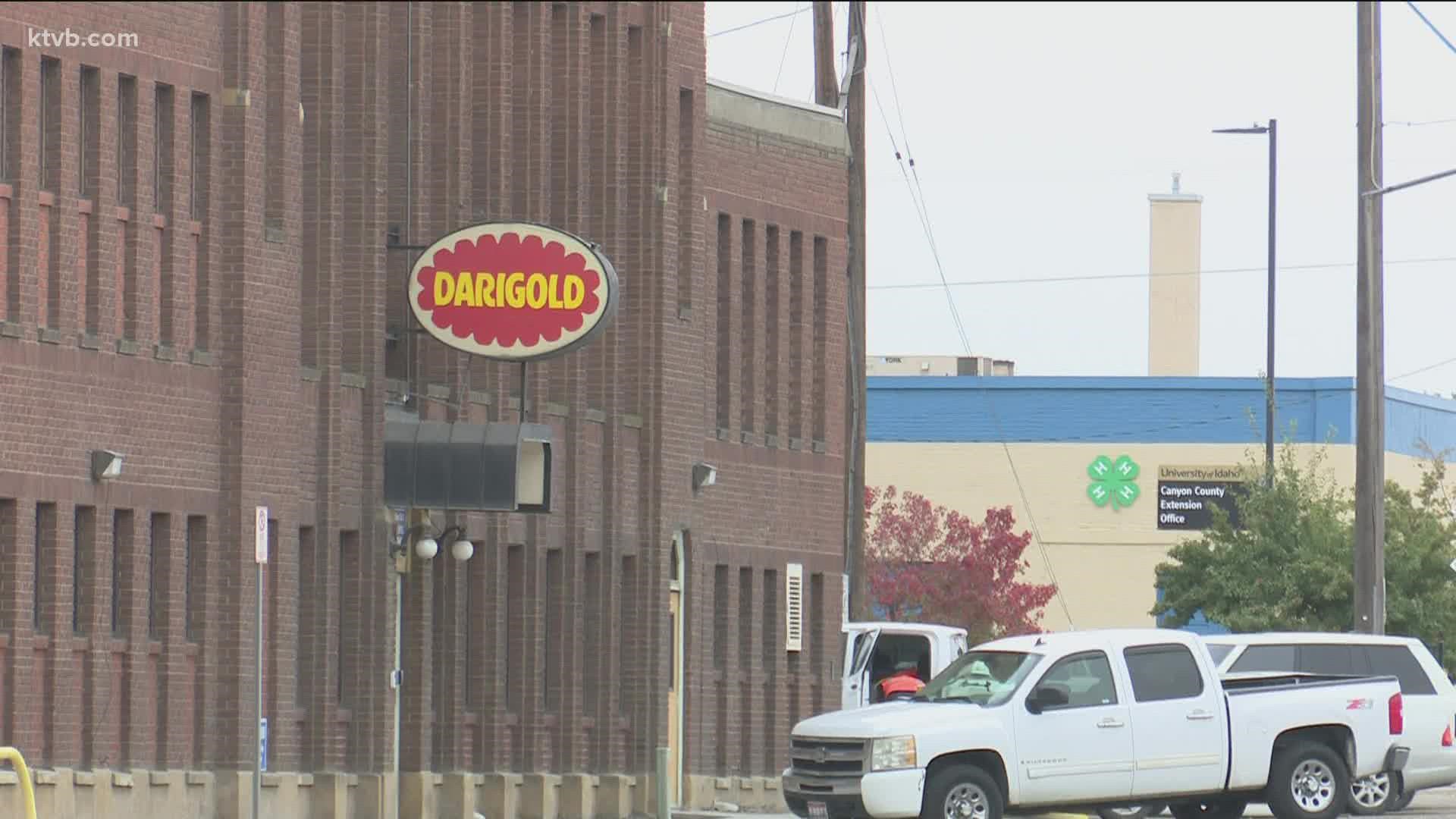 CALDWELL, Idaho — Crews at the scene of the Caldwell Darigold plant fire, which was first reported Tuesday afternoon, told KTVB part of the roof collapsed overnight, while the fire continued smoldering Wednesday morning.

People from the community watched Wednesday morning as firefighters wrapped up their work.

"It just sucks for everybody involved," said Chris Garlock, a sales engineer who works with the plant. "It's actually pretty shocking. I'm glad it didn't hurt anybody."

To many who live in Caldwell, the Darigold plant is more than a building.

Terry Jones sat on the co-op board of directors in the 1980s and has a background as a milk producer himself. The plant employs 110 people, according to Darigold. Jones said he's concerned for the milk producers, too.

Milk is being directed to other facilities, according to a statement from Darigold. A truck driver at the Caldwell plant fire Tuesday told KTVB he was being sent 300 miles away to Logan, Utah.

That same Darigold statement added, "we will also be offering employees temporary assignments in other nearby facilities."

Several Caldwell Darigold employees were watching the fire Wednesday morning and told KTVB they had not heard anything about reassignment yet.

The building has stood in downtown Caldwell since the 1930s. Now the fire has some in the community fearing Darigold will elect to leave town.

"It's tough on everybody. I don't have any information on what Darigold plans to do," said Jerry Summers, executive director of the Caldwell Chamber of Commerce. "It would be the chamber's hope they stay in the community because they've been an integral part of the community for so long."