Nampa Fire Battalion Chief Chris Cade said that crews arrived to find heavy smoke pouring from the back of the building. 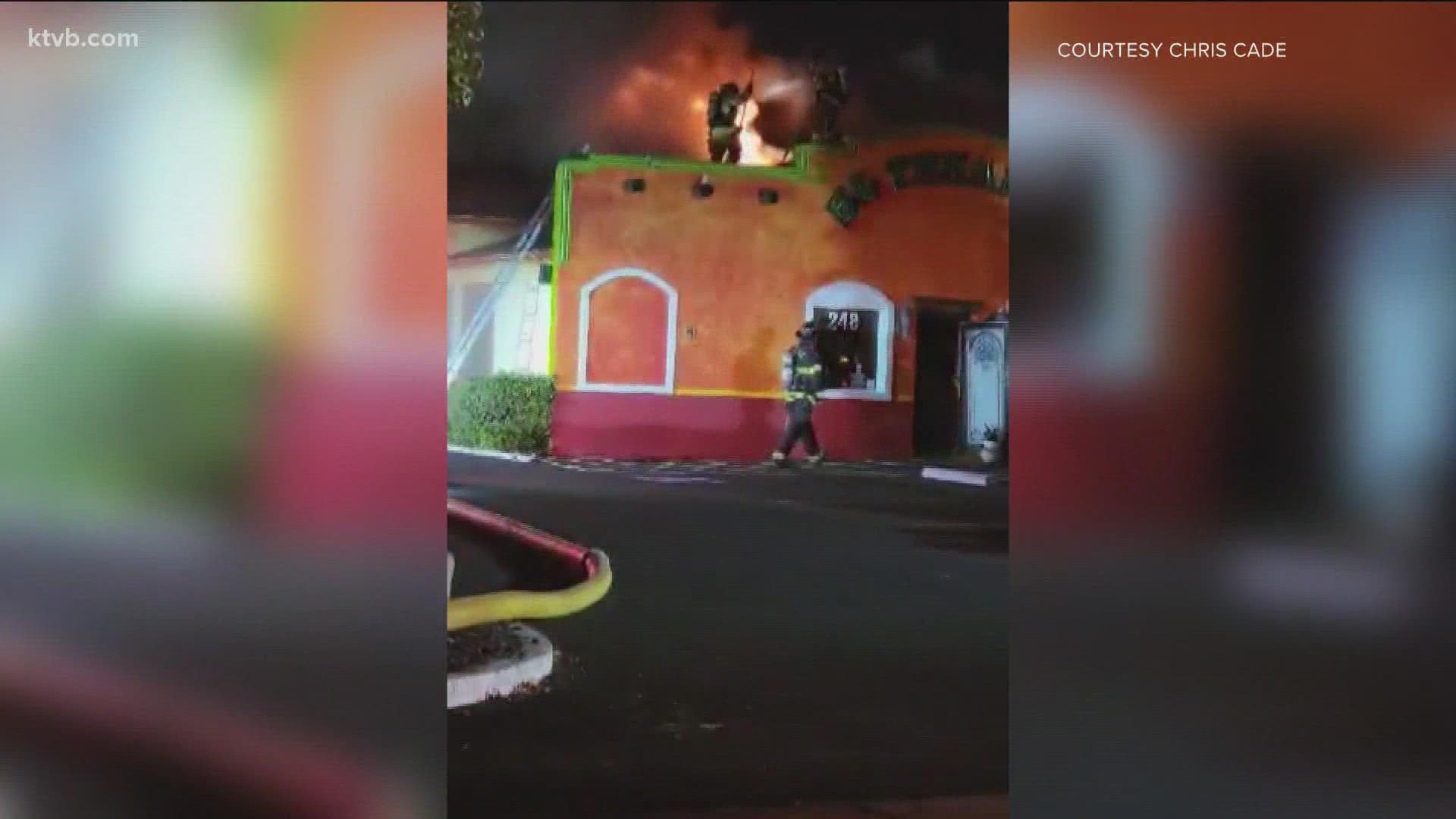 NAMPA, Idaho — Firefighters battled a blaze at a restaurant in Nampa Tuesday night.

The fire broke out just after 11 p.m. at El Tenampa Mexican Grill and Cantina, located on Caldwell Boulevard.

Photos shared by the fire department show flames shooting from the roof of the building as firefighters work to control the fire.

Nampa Fire Battalion Chief Chris Cade said that crews arrived to find heavy smoke pouring from the back of the building. Firefighters went inside and found the kitchen ablaze, he said.

Firefighters were able to knock down the kitchen fire, Cade said, but the flames had already spread up into the attic space. Crews cut through sections of the roof to vent and got to work trying to extinguish the fire.

It took two and half hours to get the fire completely out, Cade said.

The building is still standing Wednesday morning, but the inside of the restaurant is visibly scorched. Cade said there was "pretty significant fire damage in the kitchen area and attic," but some portions of the dining area are unburned.

The cause of the fire is still under investigation. the restaurant had closed about an hour and a half before the fire started, Cade said.

El Tenampa has two other locations in Boise and Meridian.