'Everything I own is gone:' Eagle home destroyed in fire

The fire broke out around noon at a large house on Hidden Island Place. 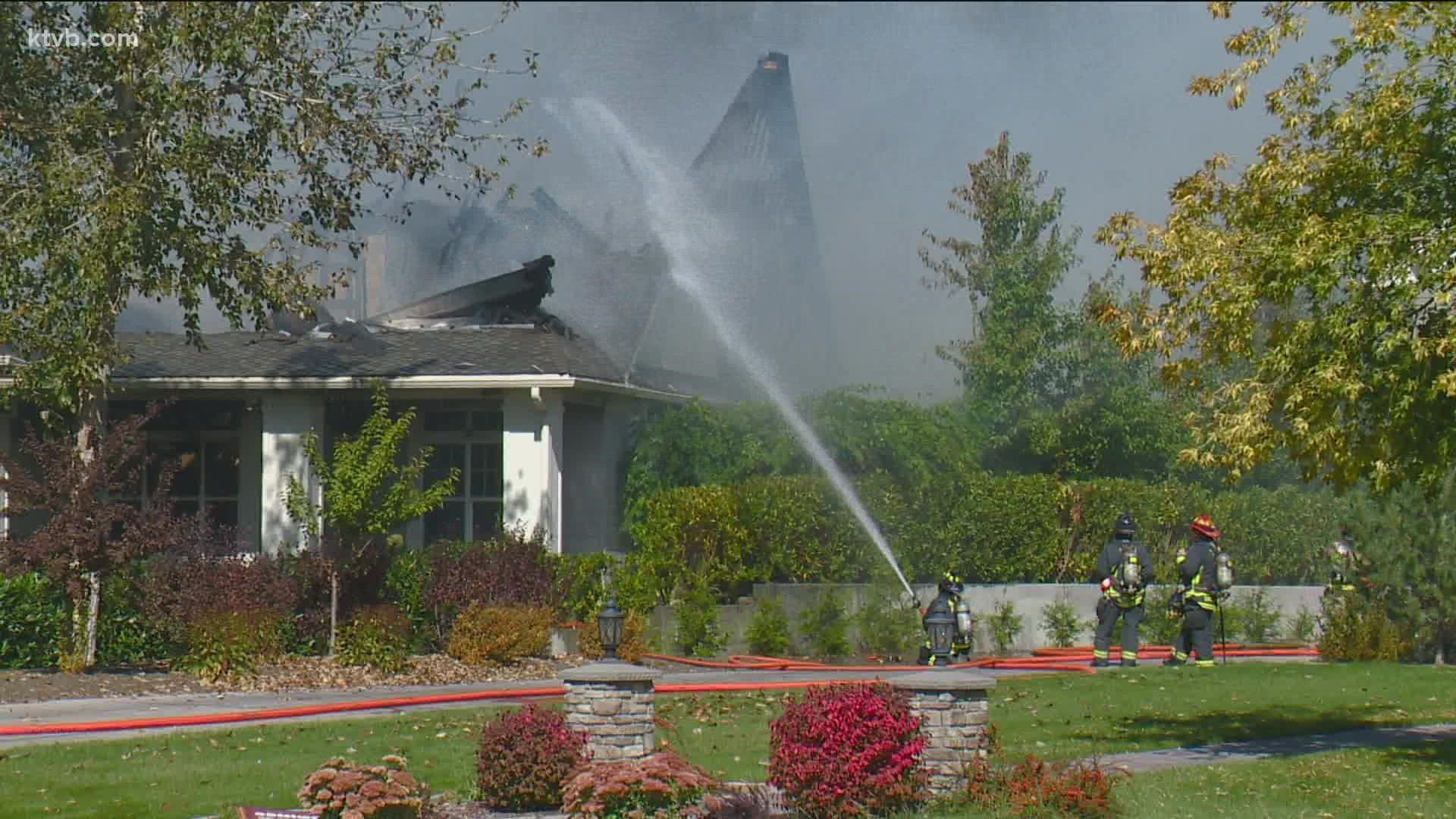 EAGLE, Idaho — An Eagle family is left without a home after their house went up in flames Wednesday.

The fire broke out around noon on Hidden Island Place.

Jeff Minert, the homeowner, said his wife had been walking their dog on the Greenbelt when neighbors called to tell her the house was burning.

Firefighters from Boise, Eagle, and Meridian raced to the scene, and Minert rushed home, but there was little to be done: Flames were already devouring the large house.

"Crews were able to get on location and start an offensive strategy," Eagle Fire Chief Tyler Lewis said. "Unfortunately, by the time we got here, there was heavy fire load."

Crews were forced to switch to a defensive mode, spraying nearby houses to keep the fire from spreading, as the fire moved from room to room and the roof caved in.

1 / 10
Paul Boehlke/KTVB
A home in Eagle was completely destroyed in a Thursday fire, displacing a family of six.

The fire burned for 30 more minutes. Neighbors gathered in the street to watch firefighters work, some snapping photos of the destruction on their phones.

"That is- that was my house," Minert said, pointing at the smoking structure. "Everything I own is gone."

"I don't have a passport, I don't have an ID. I left my wallet at home today. My cars are in the garage, they all burned down," he continued.

Officials have not released the cause of the blaze.

No one was hurt in the fire: Both Minert and his wife were out, their dogs escaped, and their four children were at school, he said.

"They are finding out about it right now," he said. "It's horrible."