Investigation underway into cause of Caldwell Darigold plant fire

Caldwell Mayor Garret Nancolas says all Darigold employees were able to get out of the building when the fire began. 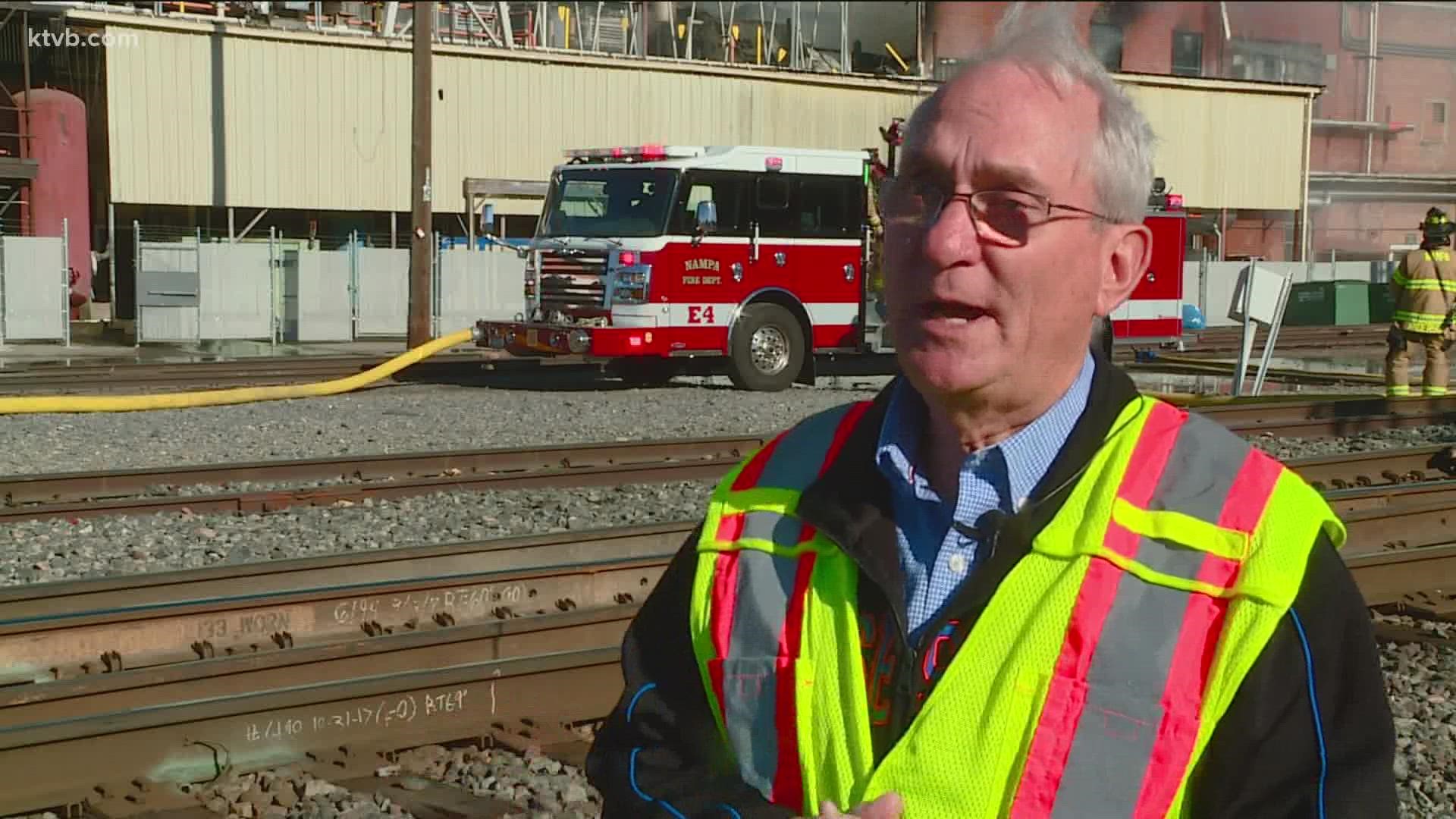 Firefighters remained on scene overnight after knocking dowm a five-alarm fire at the Darigold plant in downtown Caldwell.

The fire was reported at 2:40 p.m. Tuesday at the plant on Albany Street. The cause of the fire is not known at this time.

Caldwell Fire worked with fire departments from surrounding towns to attack the flames.

"We took a defensive approach," Caldwell Fire Marshal Alan Perry said. "Accountability for everybody inside was made and we conducted suppression operations from there."

Everyone got out safely and no employees were injured in the fire, according to Caldwell Mayor Garret Nancolas.

"Well, all I know, the most important part is that all of the employees are out safely," he said in a live interview with KTVB. "That's the most important issue to us, for now. We're obviously very, very concerned for them, their business."

The Darigold plant employs many people and is a big part of the Caldwell community.

"Darigold is one of those legacy businesses we have in Caldwell," Nancolas said. "It's been here and been a part of our community for decades."

Darigold officials say the plant was damaged in the fire. With visible holes in the structure among other exterior destruction caused by the flames, crews are also assessing other damage to the building.

Darigold is saddened to confirm that our plant in Caldwell, Idaho suffered fire damage. We are grateful for the prompt...

"It's 1930s construction," Perry said. "The exterior is primarily what you see, brick and masonry with interior wood floors and old wood construction. My guess is there's probably not a lot left."

Darigold workers will get temporary reassignments to nearby facilities while repairs are made.

"Our hearts go out to our farmer-owners who depend on this plant for their livelihood," Darigold wrote. "We are doing everything we can to re-route their milk to other facilities and we are exploring other ways we can support our members until the plant reopens."