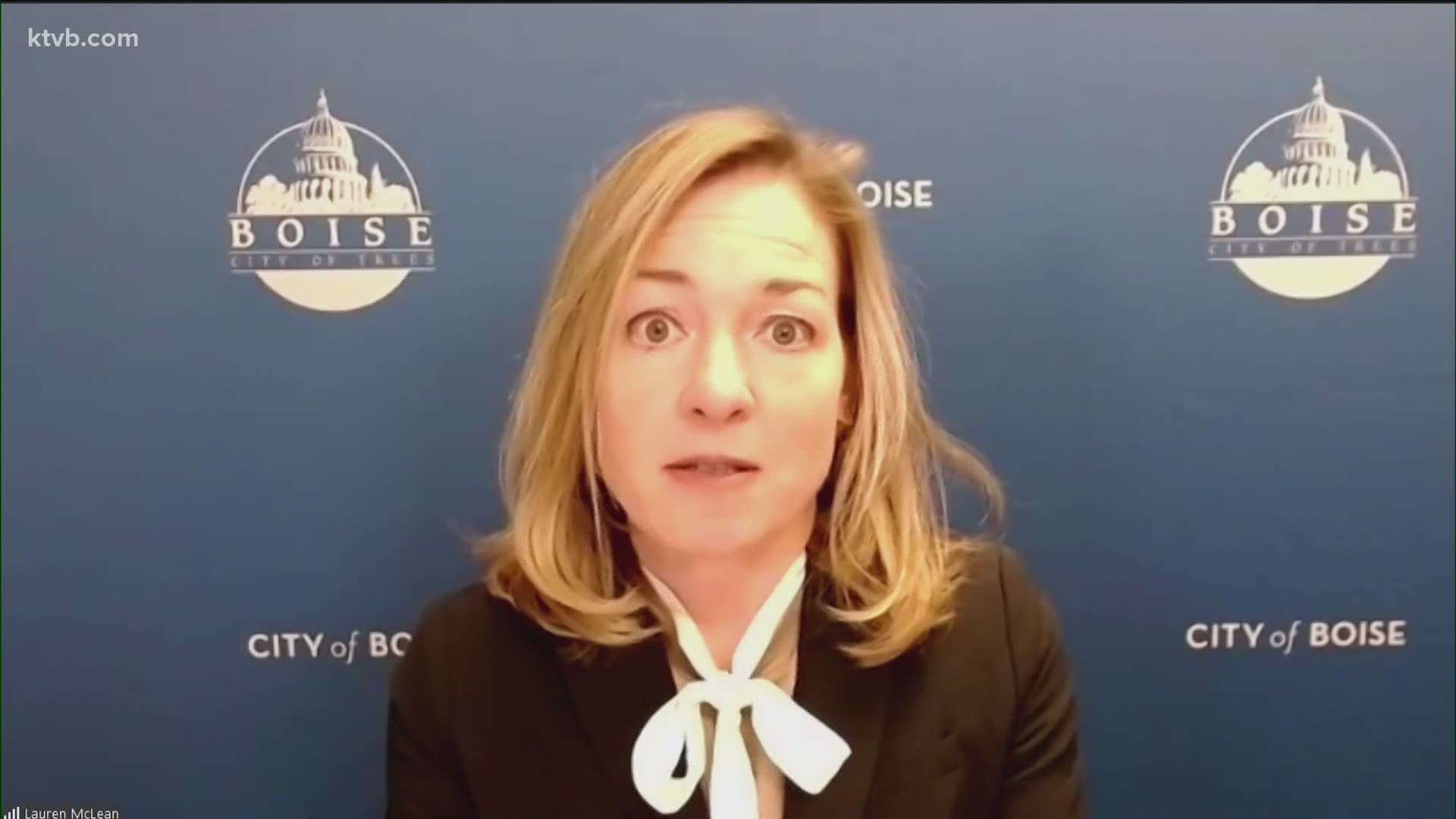 BOISE, Idaho — For the second time in less than a week, the Central District Health board met to consider a new coronavirus-related health order but adjourned without taking a vote minutes after the meeting started.

On Wednesday, Boise Mayor Lauren McLean explained why she asked the CDH director to end Tuesday's meeting, citing it was in the interest of public safety.

She told the media that people came in from various counties to attend the protest and were organized by a group based in Emmett.

While everyone has the right to protest, she said, there's a limit to what is acceptable, and people do not have the right to incite violence and disturb the peace. She added that no public servant should have to fear for the safety of their family and that some of Tuesday night's protestors crossed the line when they went to the homes of officials.

KTVB asked the mayor why she called the group that gathered at CDH a mob when she acknowledged most of them were peaceful.

“I looked at this as I described it, it was a mob of people with the intent to shut down a meeting, prevent the government, by the people, for the people in action, and to truly terrorize children and other members in our community that are trying to do their best in these tough times,” McLean said.

On Wednesday’s call, the mayor also told members of the media, some saw Tuesday night's events as stunts to attract attention.

“I want to be clear, if you think that it is OK to come to Boise to attempt to intimidate and really to terrorize families of elected officials and volunteer board members who are not even elected and volunteered to give their time to the community and with our best interests at heart, Boise is not the place to come," McLean said. "We will collect the evidence, we will hunt down perpetrators and we will hold you accountable.'

As of Wednesday afternoon, there were warrants out to arrest three people for disturbing the peace, according to McLean. A short time later, Boise Police confirmed they took one woman into custody.  A woman was also arrested Tuesday night for trespassing inside the CDH office.