Protesters gathered outside of CDH's headquarters before the meeting and a group of protesters later tried to force their way into the building. 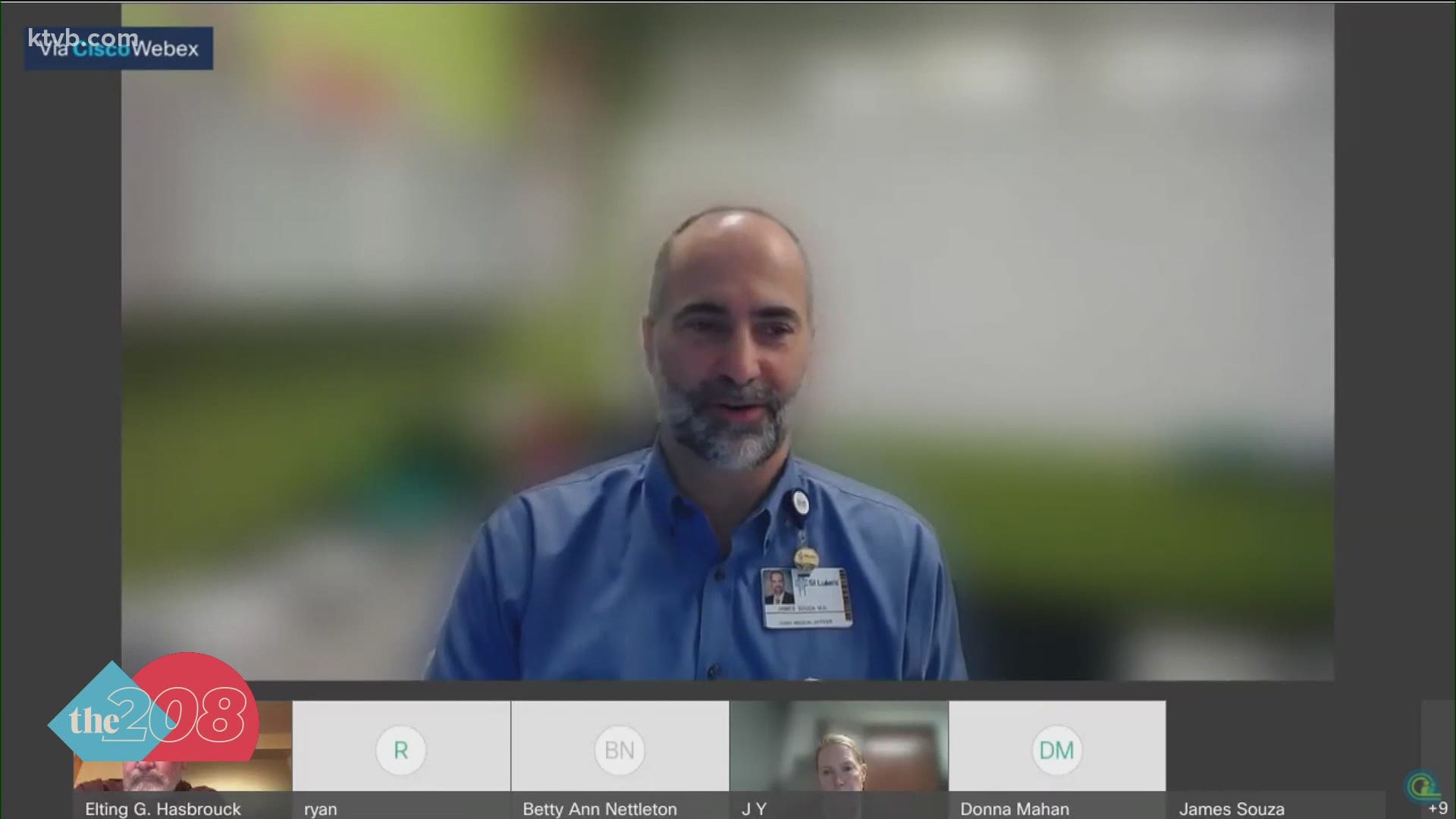 BOISE, Idaho — The Central District Health Board tabled discussions on its vote on a proposed public health order for Ada, Boise, Elmore and Valley counties until Tuesday, Dec. 8 after a nearly two-hour meeting on Friday night.

By 5:45 p.m., a KTVB photographer reported seeing police in riot gear to handle hundreds of protesters. Boise PD explained their presence at the meeting in a tweet, saying "people tried to force their way into the building by physically pushing through the door against security & officers."

Boise police added that officers are there to uphold public safety and any criminal conduct won't be tolerated and could lead to arrest.

Soon after police in riot gear arrived, the protesters began singing and started leaving or going to their cars to warm up, according to KTVB photographer Logan Schenk, who was at the scene.

To begin the meeting, officials from Saint Alphonsus and St. Luke's medical groups gave the health board an update on the current situation Idaho hospitals are facing amid a growing surge in COVID-19 cases.

"We are already applying these contingency standards where the care you get today is very different that the care you got this time last year. Are we okay with that?" Dr. Souza said. "It's not about mortality. It's about the morbidity."

Dr. Souza also pleaded with the public again to wear face masks and physically distance themselves from others in order to help healthcare workers from getting overwhelmed with COVID-19 patients.

"I'm not too proud to beg. It saddens me that this has become a debate of good versus bad, or right versus left and that's just wrong. I'm not going to lean on that. I'm going to do my job," Dr. Souza said. "We have banded together against a common enemy, and that enemy is this virus."

The board later decided to rework the draft public health order and have it published and publicly available sometime Saturday morning and then vote on the order on Tuesday, Dec. 8 at 5:15 p.m.

CDH Director Russ Duke recommended that the board should take more time on the health order and give the public time to look at it.

"It's not Central District Health issuing citations, it's up to local law enforcement, local elected officials to decide how serious they want to take this in the community," he said. "It's our job to provide the guidance, and in this case orders."

If the original public health order were to be approved by the board, social gatherings in both public and private settings would be limited to fewer than ten people, with exemptions for religious services and educational activities.

Masks would be required in both indoor and outdoor settings when physical distancing is not possible. The order does have a few exceptions, including children under age 2, people who have certain medical conditions, and anyone who is obtaining a service involving the nose, face or head, such as dental work.

Businesses would also be strongly encouraged to implement delivery or curbside pick-up services, and additional restrictions would be placed on restaurants, bars, breweries, taprooms, wineries and distilleries.

Visits to long term care facilities, jails and prisons would be prohibited while the order is in effect.

Organized youth and adult sports and activities in which physical distancing of six feet is not possible would be prohibited.

For more of your questions about this new public health order and what it would entail if passed by the health board, click here.