The group, which includes Idaho's congressional delegation and Gov. Little, also described the defacement of the Anne Frank Human Rights Memorial as "abhorrent." 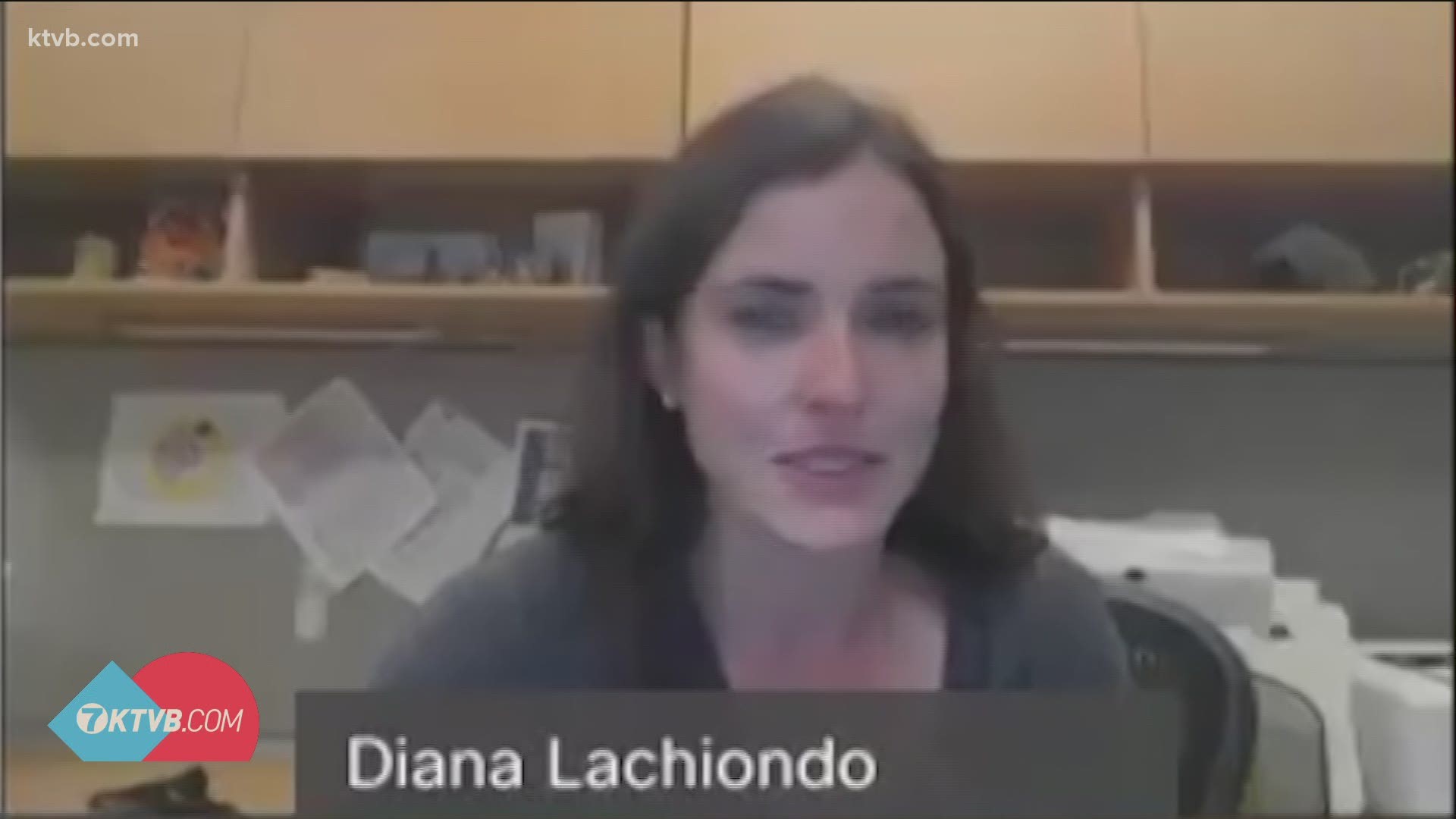 This comes after protesters showed up at the homes of several Central District Health board members while the board was holding a virtual meeting on Tuesday night.

A video posted on social media showed some of the protesters in front of the home of CDH board member Diana Lachiondo, blasting air horns, banging on buckets, and playing clips from the movie Scarface.

Lachiondo, who was taking part in the virtual board meeting from her office at the Ada County Courthouse, tearfully told the board she had to leave because her children were home alone. At the same time, hundreds of protesters showed up outside the CDH office in Boise.

And on Wednesday, the Anne Frank Human Human Rights Memorial in Boise was defaced with swastika stickers, that read, "We are everywhere."

In their joint statement, the Idaho GOP leaders said "Intimidation and hate will always be condemned."

Read the full statement below:

The harassment and intimidation of public officials as they do their work, at their homes, or anywhere for that matter will not be tolerated. We vehemently condemn anyone who engages in this unacceptable behavior. We strongly support free speech and the right to peaceably assemble but political expression must be exercised civilly and in a proper setting. Further, anti-Semitism and the defacement of the Anne Frank Memorial are abhorrent, and discrimination on any basis will never be tolerated.

There always has been and always will be disagreements on policies and political issues but we should never resort to anything other than peaceably expressing our opinions and passionately debating the issues.

Editor's note: The video above is from an interview on Wednesday with CDH board member Diana Lachiondo.