After a recent Los Angeles Times article came out looking at both L.A.'s homelessness and Boise's, local organizations and the city are now responding. 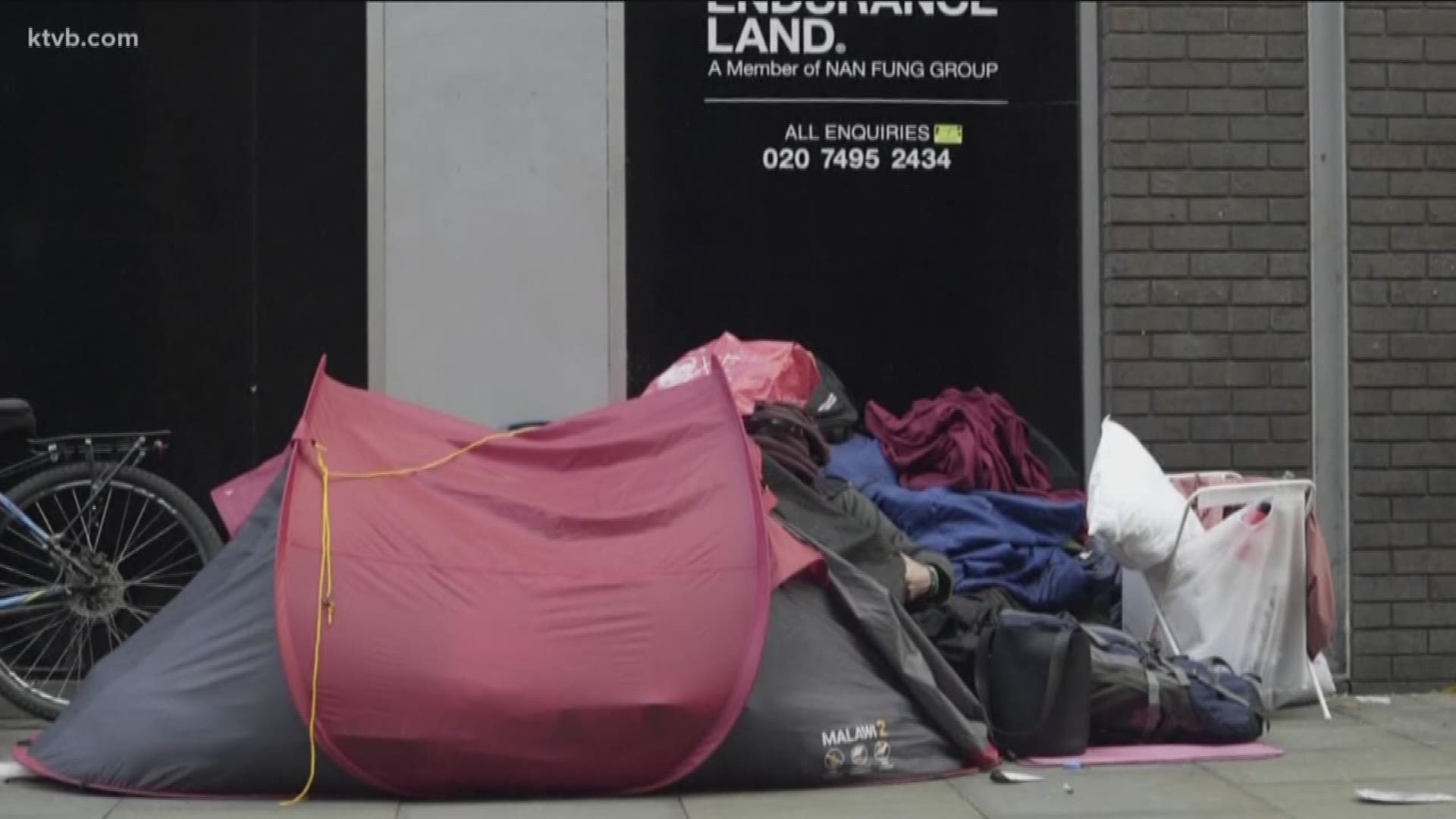 In the headline itself, the article makes a claim that Boise is the reason L.A. can't clear out its homeless camps.

Local organizations in Boise that help the homeless, as well as the City of Boise, felt the article was a little slanted and was missing some context about the complex issue of homelessness in the City of Trees.

The article mentions Mayor Dave Bieter and the city challenging the 9th Circuit Court ruling on Martin v. City of Boise, the homeless camping ordinance, which prevents cities from either arresting or giving a ticket to homeless people sleeping or camping on public property.

The ruling could set a precedent for many other cities, including L.A.

"The reality is if the 9th Circuit ruling is allowed to stand, then cities all across the West are going to be without the tools they need to prevent what could be a humanitarian crisis on their streets,” Mike Journee, the spokesperson for the City of Boise, said.

He went on to say that the city challenging the ordinance is not about trying to criminalize the homeless population - it's about public health and safety.

In 2015, the city shut down a homeless camp in Boise called Cooper's Court. Journee said the reason it was shut down is because of dangerous things that happened there like a murder, frequent sexual assaults, and drug use. The city doesn't want that to happen again.

"The conditions that exist in these camps, and L.A. is a great example of that, are horrendous in many cases and to allow those kinds of conditions to exist on any city streets, we think is inhumane,” he said.

The same article from the LA Times also stated there was a stark difference between the homeless population in Los Angeles versus the one in Boise - and it claims that difference is sheer magnitude of the number of homeless.

RELATED: A year after Cooper Court: Are Boise's homeless any better off?

KTVB looked at the most recent census data for the overall population for both cities factored in with the estimated homeless population for each. In terms of percentage, the two cities are actually very close - about one-hundredth of a percentage apart.

Boise organizations who work to help the homeless, like St. Vincent de Paul Southwest Idaho, say homelessness is not a simple issue - it's about more than the numbers - and that's something the article did not take into consideration.

“There’s so many small events and sometimes a series of small events, or a single small event, will trigger homelessness," said Ralph May, executive director of St. Vincent. "It’s a cascading effect."

That's why he says the organization works to prevent homelessness early on by doing things like helping pay off certain expenses, find a job, help with re-entry for those coming out of prison, finding housing and helping provide free food at one of its pantry locations.

According to May, that's one of the major differences that sets Boise apart from L.A. in terms of how it is addressing homelessness.

“One of the things that happen in a larger city – it’s easy to segment and to say, ‘Oh, we don’t deal with that.’ Or, ‘You’re in an area that we don’t deal with,’" May said. "And we have tried to cut through all of that and so literally, if you are part of the Treasure Valley, there is a way to get help.”

Rev. Bill Roscoe, president of the Boise Rescue Mission, says another factor why Boise has fewer people on the streets than other cities, like Los Angeles, is because of the availability of shelter that works to help people out of homelessness.

Over the last five to six years, the mission has helped around 500 people each year do just that.

“That’s part of the reason why we don’t have homeless camps on every corner – that’s 3,000 or more people that could still be homeless were it not for the opportunities we provided and of course there’s many agencies doing the same good work,” Roscoe said.

Overall, Boise organizations who work directly with the homeless say what isn't often considered is the number of available resources and community help Boise offers the homeless population. That is what local organizations believe sets the capital city apart from others.

“It’s gratifying to me to be a part of a community that has so many ways and so many people that are interested in keeping people in their homes,” May said.

Roscoe also added that when it comes to the LA Times article, one major inaccuracy was reported: that people have to attend or be part of a religious service to stay at the Rescue Mission. But he said that is not true - though they are Christian by nature, they are open to everyone and do not have a religious requirement.

As for the city's challenge on the camping ordinance, Journee tells KTVB that the case is expected to go before the Supreme Court sometime in November.