New data shows homelessness on the rise across Idaho

The 2018 State of the Homelessness report shows that the number of homeless in the state continues to increase. 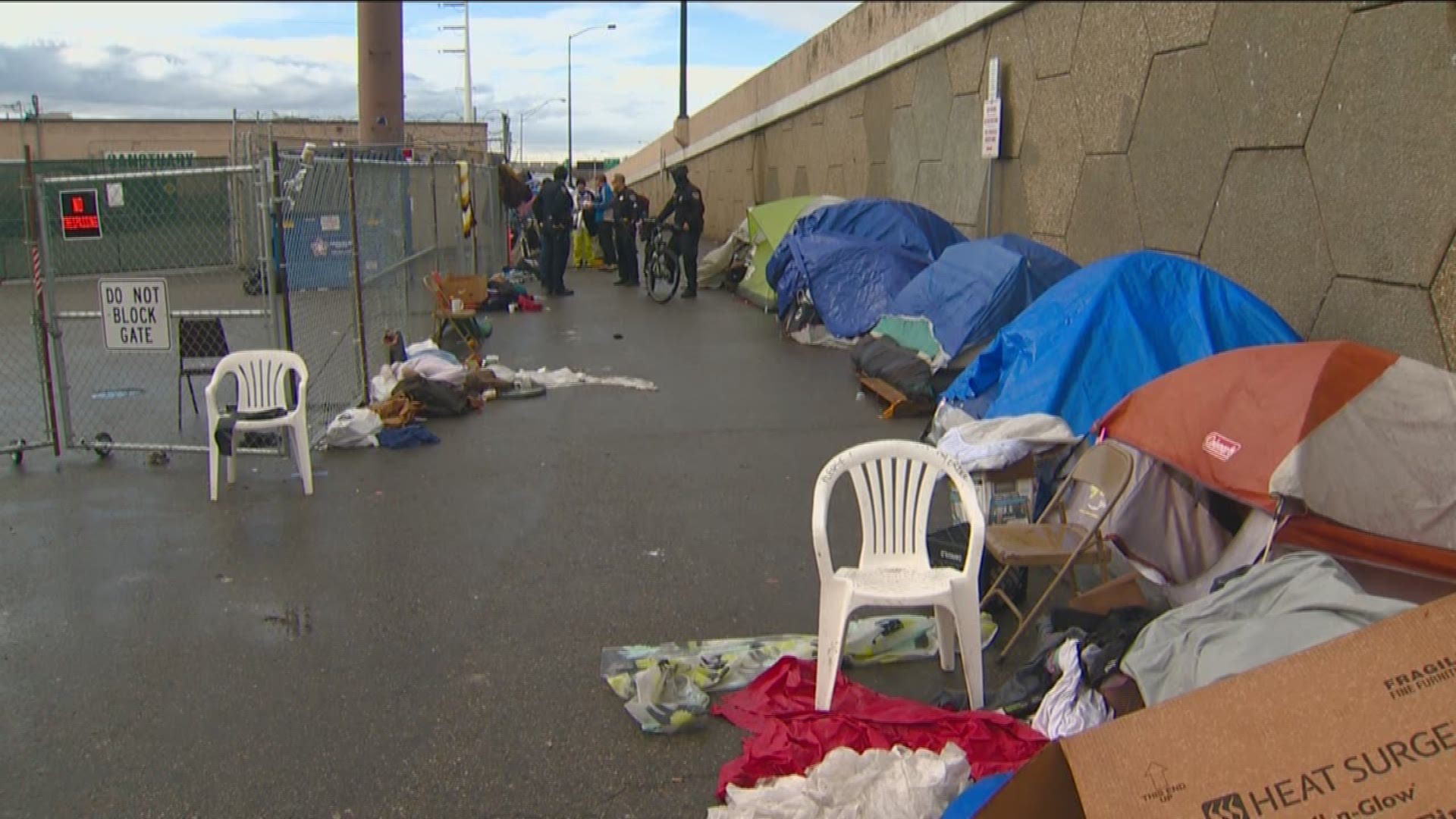 BOISE, Idaho — Homelessness is growing all across Idaho.

The Idaho Housing and Finance Association released its 2018 State of the Homelessness report on Wednesday, and it shows numbers continuing to increase.

This is the third year that a statewide report on homelessness has been available. Before that, there were no state statistics kept.

Brady Ellis, vice president of housing support programs for IHFA, said the reports are eye-opening when it comes to awareness about the issue.

The data from this year’s state report show more than 5,500 people across Idaho experienced homelessness in 2018, an increase of about 700 people from the year before.

The report also shows 8,080 students experienced some form of homelessness in 2018. Breaking the statistics down even more, there were 719 veterans, 883 families and 865 survivors of domestic violence included in those numbers.

MORE: Homeless students in Idaho schools on the rise

Ellis explained that those numbers are not exact. It’s hard to get an exact count when it comes to the homeless community. But he also added that because of different types of data systems, they want to, but can’t, use multiple systems because people might be counted twice. So based off the system IHFA uses, those statistics are just minimums. Ellis said in reality, those numbers are actually a lot higher.

So what do the statistics mean when looking at the bigger picture of homelessness?

“It basically tells us we have a long way to go,” Ellis said. “We’ve done a lot of work and made a lot of strides over the last couple of years in terms of the way we respond to homelessness and provide services to those in need of services. But the number of those who are still experiencing homelessness are still large.”

CATCH is a Boise-based homeless assistance organization. Stephanie Day, executive director, said it currently has 130 families experiencing homelessness, as well as another 700 individuals.

She described some recent trends the organization has seen with homelessness.

“In Ada County, through our path home data over the last two years, we’ve seen that our largest numbers of people experiencing homelessness are single mothers fleeing domestic violence,” Day explained. “Behind that, we’re seeing a lot of people that are in rentals and the property owner either is selling the property or they’re raising the rent to an amount that the family can’t afford. And the housing market is so swamped right now and the rents are so high that families aren’t able to find a place that they can afford.”

The report also showed that assistance programs have greatly helped the homeless and have reduced the length of stay in shelters. But that takes a toll on those organizations’ resources.

So both Ellis and Day agree that using these statistics to look ahead, one important area to focus on to help homelessness would be financial help.

“We see that a large majority of the funding that’s dedicated to homeless-specific responses is private, local money,” Ellis said. “In fact, over half the dollars we’ve identified are of that nature, and so if there’s the ability to just have any other funding source that any lawmaker might be able to establish and put in place, it’s going to be that much more helpful.”

Day said there is a state trust fund for housing but it’s not utilized - and that’s one thing the public could push lawmakers to change in order to help homelessness.

“We currently have a housing trust fund but there’s no funding mechanism for it, so there’s no money in it so advocating for that would be a huge step forward,” Day said.

One major financial contributor to local non-profits to help combat homelessness and the housing crisis, is the Avenues for Hope fundraiser.