Homeless students in Idaho schools on the rise

Homeless students are in schools of all sizes and all geographic areas from urban to rural Idaho. 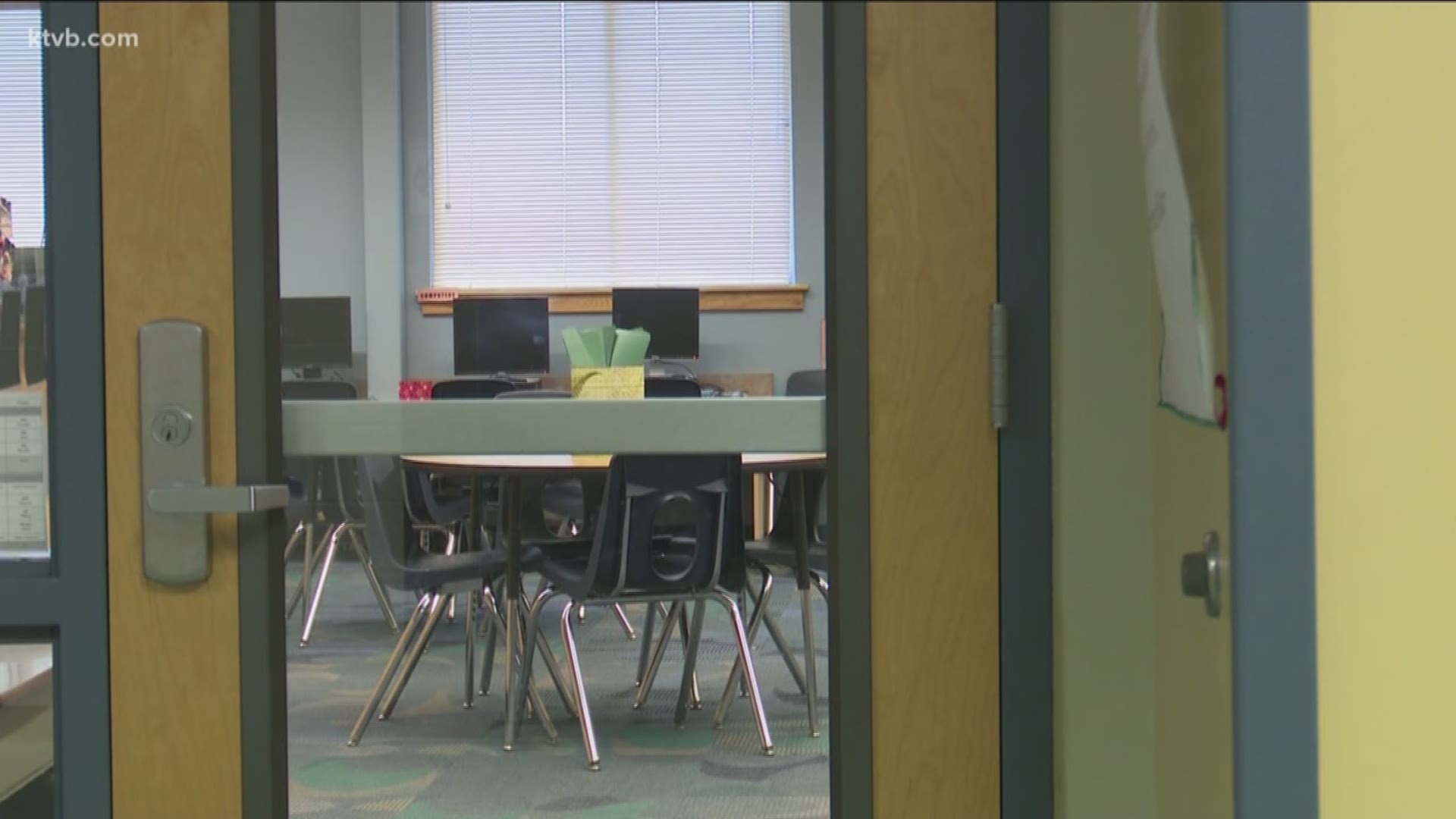 CALDWELL — CORRECTION: The latest Idaho State Department numbers show there were 7,820 homeless students in the 2017-18 school year, not more than 8,000 as was previously reported.

It may come as a surprise to many parents around the region: homeless students - classmates of your children - are on the rise in districts across the Gem State.

In the 2017-2018 school year - there were 7,820 students considered homeless in Idaho schools - the highest numbers in recent years.

Data from the Idaho State Department of Education show since 2010, the numbers are ticking upward. Homeless students - also termed "students in transition" - are in schools of all sizes, in all geographic areas from urban to rural Idaho. And in some districts, the numbers have doubled and even tripled from where they were eight years ago.

"It’s very hard for a student to be present in a classroom if they are thinking about where am I going to sleep tonight,” Washington Elementary School counselor Cristina Medrano said.

Medrano has been a school counselor at Washington Elementary in the Caldwell School District for three years.

"It is hard sometimes emotionally but I know I'm in the right place,” Medrano added. "I've run into situations where it's really heartbreaking and I wish I could just take them home, I wish I could take the families home. And a lot of times there are things that are not in their control."

Miss Medrano sees those statistics firsthand on a daily basis.

“You see them here at the cafeteria and they eat everything really fast or they eat more or want more because maybe they didn't have enough food at home,” Medrano added. "That's very distracting. it's kind of hard for them to be 100 percent academically if they're emotionally not doing OK."

She and other school counselors and social workers across the state see the problem laid out in front of them when the start of school rolls around and families are asked to fill transition surveys out.

If parents mark down they're in transition, the school contacts the families and finds out what resources they need, whether it be clothing vouchers, food backpacks, school supplies and even transportation. A federal program under the McKinney-Vento Homeless Assistance Act makes it possible for schools to identify students in transition and mandates they keep track of those who qualify as homeless.

"We keep track of all the students that qualify as homeless or in transition and we keep track of grades and attendance and making sure we offer them what they need to be successful academically. They are eligible for the whole year," Medrano added.

Counselors and social workers say there are a lot of reasons numbers may be rising: as families are put in a bind, state education officials and school districts cite the lack of affordable housing and tight rental market. These factors may also be coupled with better education around the definitions of homelessness.

“I get to see and I get to talk to families and see what the real situation is,” Medrano added. "People can't really afford buying homes or even renting apartments so they end up moving with other families. And that's the biggest number we have is double up: they double up with another family."

Everyone - from the teachers to the front desk - communicate because at the end of the day it's about helping students be the best they can be.

“We all work together to make sure we're providing what student needs,” Medrano added. "They don't have consistency and children need consistency to be successful in every area. And sometimes when they break that consistency, they stress out.”

"Our job is to make sure that students are safe and they're present in the classroom,” she added.

View the 2010-11 to 2016-17 Cumulative Homeless Education Data by District here. You can find the spreadsheet under the 'Data Collection' tab of the 'Resource Files' section on the bottom of the page.