There are more than 200 traffic boxes that are part of the city's art program started in 2009. 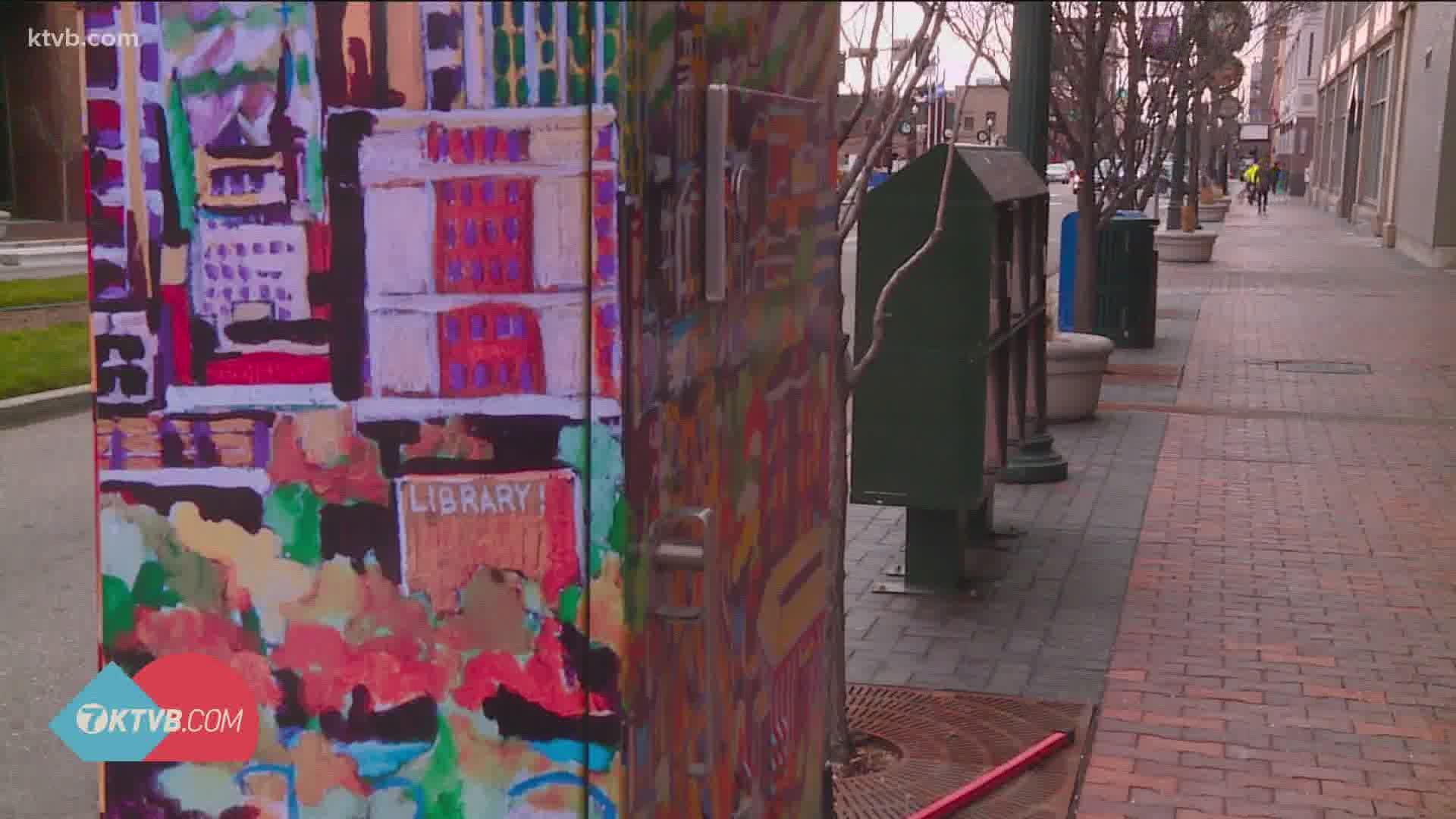 BOISE, Idaho — The City of Boise is a long-time supporter of public art.

So much so that in 2001 the city council passed an ordinance directing 1.4% of all capital project funds to be set aside for the integration of public art into city facilities.

You can find artwork all throughout the city -- from fire stations to the airport -- because Boise believes art in public places adds meaning, stories and beauty.

One of the city's more popular public art programs is known as Traffic Box art.
They are scattered around downtown Boise on street corners and sidewalks.

Vinyl coverings of art wrapped around what would otherwise be a nondescript utilitarian device that controls our streetlights and traffic signals.

Each box tells a different story. Some depict nature and cityscape scenes. Others are vibrant and playful.

Perhaps one with forks pays tribute to all the restaurants downtown.

While maybe this one, titled "Watchers Watching" reminds us, you never know who's looking.

"You can get this little glimmer of inspiration, a little bit of color. And they're all so different," said artist JanyRae Seda.

"On one side is the traffic box with the Capitol Boulevard with the state Capitol. On the other side is part of the history of what was there before," Seda said.

What was there before -- in the shadow of the new state Capitol -- a depot for Boise Valley's streetcars. Built in 1910, all intercity and interurban trips began at 7th and Bannock streets, connecting Boise to Caldwell.

“The building that used to be there was all part of the cable car, trolley car, that was where they had their home and they ran their cars in and out of there," Seda said. "So if you look at the box it even has the guy who's stepping down, ready to take the tickets."

JanyRae's box is one of more than 200 now part of the city of Boise's Traffic Box art program that began in 2009.

“Supporting the artist community is huge. Providing the artist with a venue to bring their artwork out and make it accessible for everyone in the community, we're very fortunate that you don't have to go to an art museum or any other institution, you simply can walk around and experience perspectives of artists free and accessible to everyone," said Karl LeClair, Public Art Program Manager.

Karl LeClair manages the program for the city.

A concept so well-received, it's spread to Meridian, Nampa, Ketchum and other cities around the country adopting Boise's program to support local artists.

JanyRae completed her box in 2012, when she was just starting out, jumping for an opportunity to be seen. She now sells her oil paintings all around the country.

“That was one of the very first steps to be able to show my work," Seda said.

The City of Boise is hoping to add three new traffic box art projects this summer. Applications are still being accepted. You must hurry because the deadline is this Friday, Jan. 29.