Shaleesa Stevens says she's not in it for the money. 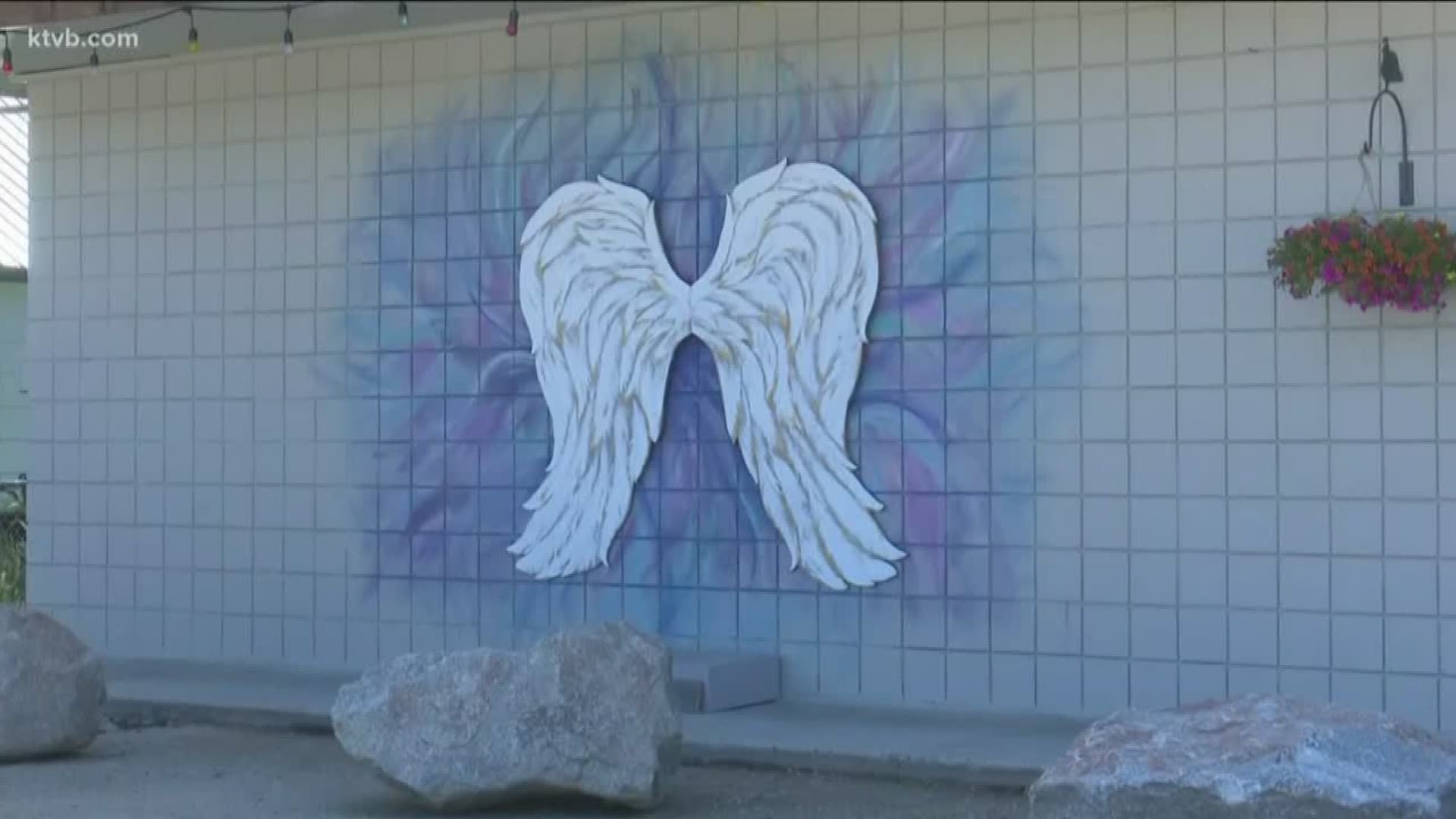 HORSESHOE BEND, IDAHO, Idaho — A 19-year-old in Horsehoe Bend is bringing color to her community through art.

Shaleesa Stevens has painted a handful of murals for local businesses in her town, but she says she isn't doing it for the money.

Stevens moved to Horseshoe Bend eight years ago, and says she has always had a passion for art.

Stevens got her first opportunity to paint the town last year at the office of the Horseshoe Bend Flight Park, where she installed a massive mural.

“It’s paragliders on the air in the sky with mountains in the background, and actually rafting in the background too because there’s rafting, paragliding, and all sorts of fun stuff to do in Horseshoe Bend,” she said.

Working on that mural helped Stevens solidify her love for art - and she knew she wanted to keep going.

“It makes my heart and makes my day, because when I was painting the mural people would stop in and say that what I was doing is amazing, and that just fulfills what I’m doing – putting a smile on people’s faces,” she said.

Since then, Stevens has painted multiple other murals on businesses around town - including a pair of angel wings on the side of White Horse Mercantile that is already proving a popular spot for locals and through-travelers alike to stop and snap a photo.

The Mercantile's owner had specifically asked for Stevens' help to create something fun on the building.

"It makes my heart so happy every time I see someone taking pictures in front of it," she said.

The-19-year-old also painted a local coffee shop and Mustang Towing Company, the business her father owns. She is currently in the middle of painting the sign for Ziggy's Sporting Goods as well.

“She’s done all of our window painting, and she’s also done our logo on our wall,” Stevens' father Nick Giblet said.

Stevens gets paid for the murals, but said the cash is not what motivates her art.

RELATED: Portland artist brings the Payette River to downtown Boise: 'This is the biggest thing I’ve ever done'

In addition to her ongoing mural projects, Stevens also works detailing cars for her father’s towing company. She says she has no plans to leave Horseshoe Bend and will take every artistic opportunity that comes her way.