Idaho's 'Spuddy Buddy' eats potatoes. Does that make him a cannibal?

The official mascot for the Idaho Potato Commission was seen eating two different kinds of taters for lunch over the weekend. 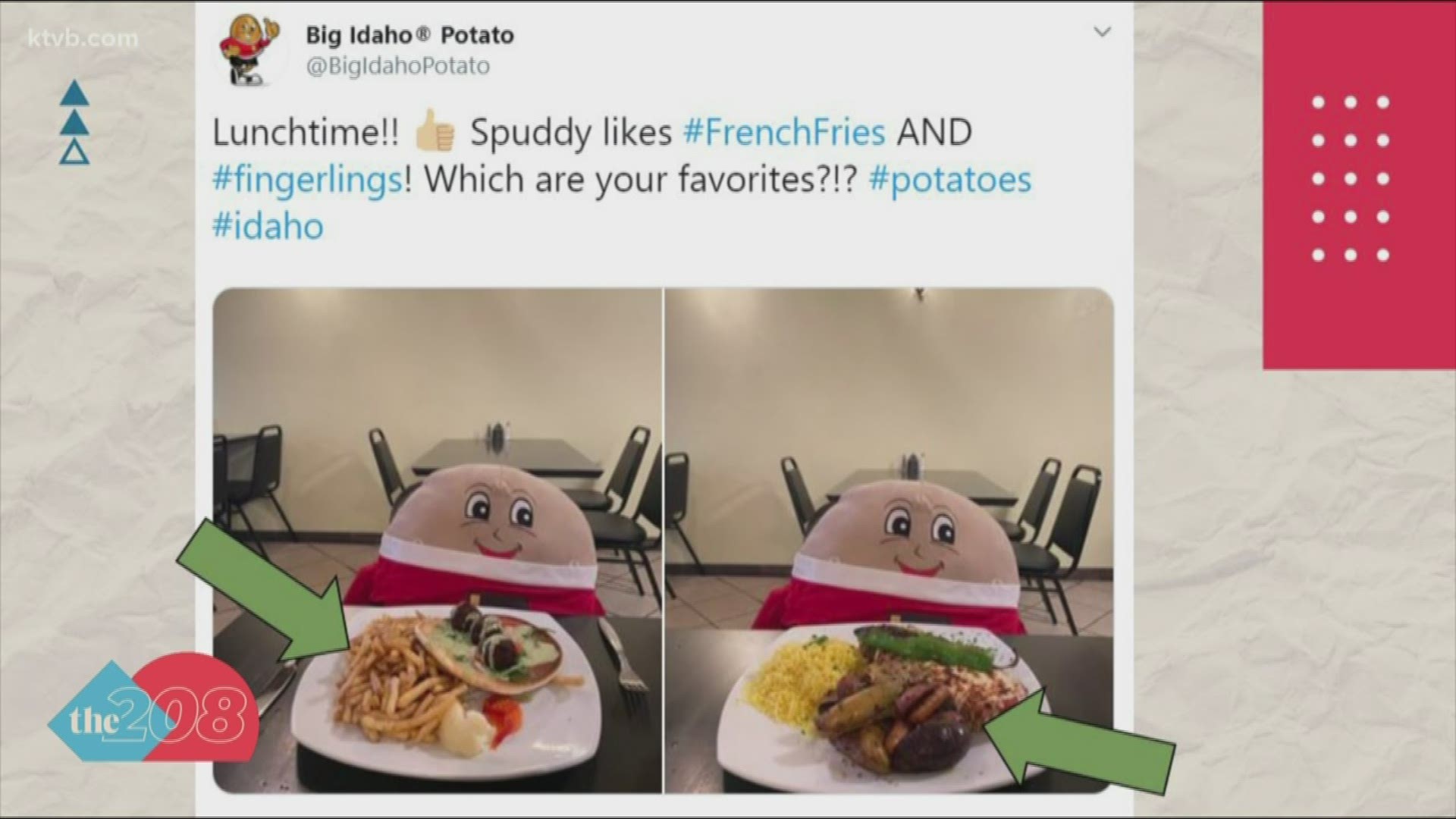 BOISE, Idaho — For over 35 years, Idaho's unofficial mascot 'Spuddy Buddy' has been educating people all over the world, explaining the differences between an Idaho potato and potatoes grown in other states.

But it really wasn't until Al Roker from The Today Show interviewed Spuddy in 1996 that this tubular tater's popularity began to grow worldwide.

In 2018, Spuddy was voted as the number one college football bowl mascot by SB Nation, beating out the likes of the infamous Chick-fil-A cow.

But over the weekend, a tweet from his employer, the Idaho Potato Commission, showed Spuddy sitting at a table with two plates: one with french fries and one with fingerling potatoes.

While they're tasty tubers no matter which way you fry them, bake them, and eat them, under Idaho law, Spuddy may have broken the law.

CANNIBALISM DEFINED — PUNISHMENT. (1) Any person who wilfully ingests the flesh or blood of a human being is guilty of cannibalism.

(2)  It shall be an affirmative defense to a violation of the provisions of this section that the action was taken under extreme life-threatening conditions as the only apparent means of survival.

(3)  Cannibalism is punishable by imprisonment in the state prison not exceeding fourteen (14) years.

By looking at him, Spuddy isn't hurting for sustenance.

Yes, he's not technically human, but with those big beady eyes and lanky arms and legs, it's hard to imagine him as just a potato.