Idaho agriculture bounces back after tough start to 2020

The pandemic hit Idaho farm operations hard in the first half of 2020 but many saw good turnarounds. 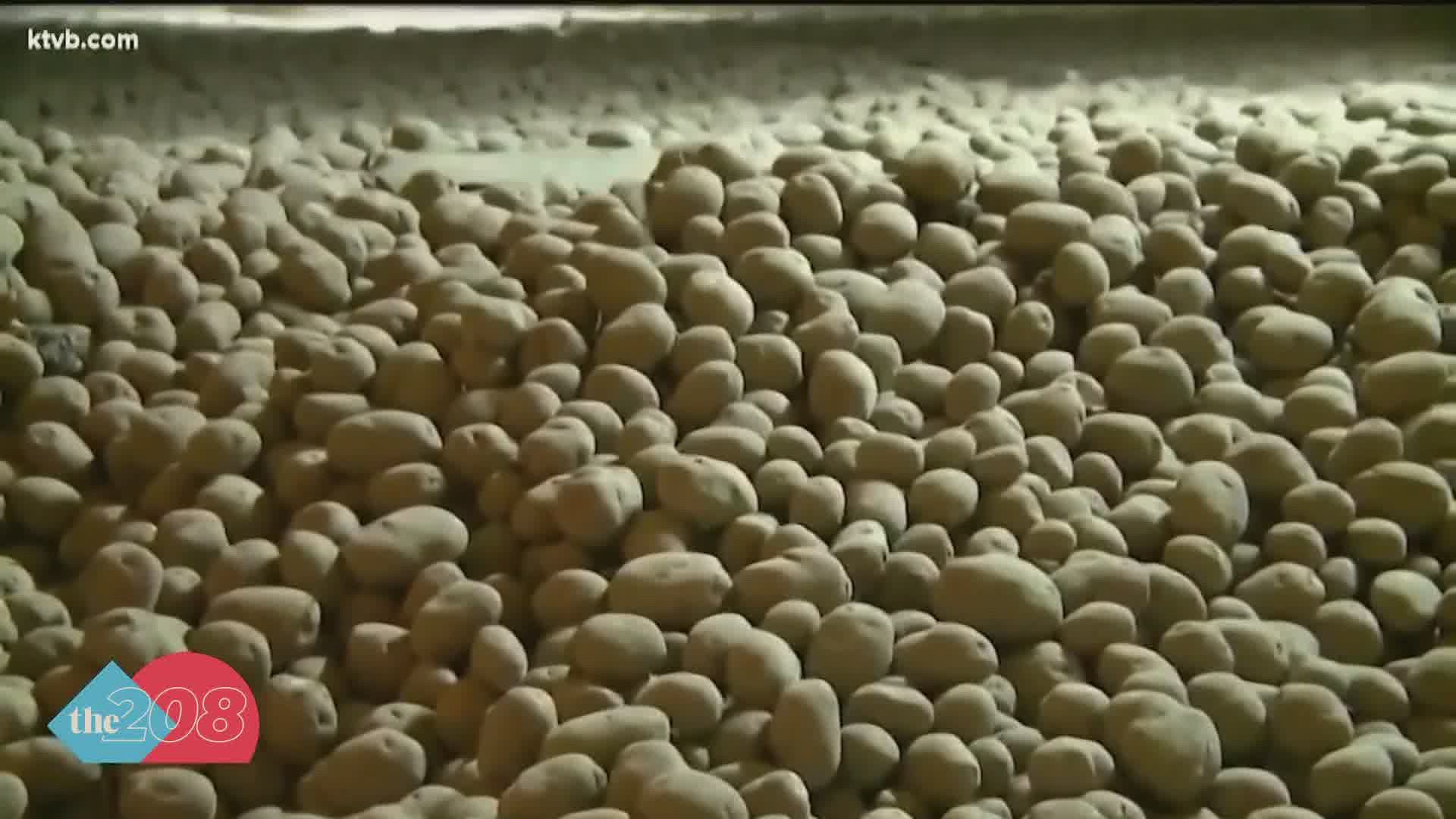 There was fear that sights like a huge pile of unsold potatoes would set the tone for a backbreaking 2020.

“Things kind of turned around just in time for things to improve kind of just heading into the summer,” said Ryan Cranney, CEO of Cranney Farms in Oakley.

A majority of Cranney’s product goes into food service to become French fries. As states opened up throughout 2020, business started to really improve for him.

“All of a sudden, things picked up and sales were filling the pipeline," Cranney said. "That was the one good thing, they had to refill those food pipelines after the supply chain got emptied out, those pipes were empty. It took a pretty good amount to get those filled again so that was a good shot in the arm."

It wasn’t just good news for Idaho potatoes. According to a report compiled by a team at the University of Idaho, agriculture in the Gem State is projected to see a record year after all the numbers settle.

In fact, the University of Idaho report showed cash receipts of crops and livestock in 2020 are projected to be $8.5 billion, the second-highest on record, just below the record set in 2014. Milk cash receipts, Idaho’s leading agricultural commodity, increased by an estimated 2%. Cash receipts for Idaho’s largest crop, potatoes, increased by 13%.

That data is impressive considering that many operations elected to cut back on how much they would plant so they wouldn’t have a huge surplus if supply chains remained unstable.

“We really ended up having a fantastic harvest. The yields were probably as good as we’ve ever seen across almost all crops,” Cranney said. “We ended up with almost the same amount of product as we normally would because of yields. Not quite, but close.”

RELATED: Idaho farmer who gave away potatoes is now helping a Kenyan family get into college

It’s important to note that federal government assistance payments to Idaho agriculture in 2020 are estimated at $646 million, an increase of 291% from 2019. The Coronavirus Food Assistance Program alone added about $490 million. However, Idaho would have still had record net farm income in 2020 even without government payments, according to University of Idaho agriculture economy expert Dr. Garth Taylor.

The overall picture is good news, especially considering the fears of early 2020. Still, 2020 was a rollercoaster, emotionally and businesswise, heading into the end of the year.

“Other states started to shut back down a second time and things slowed down. The demand kind of weakened a little bit so things kind of tapered off again,” Cranney said.

Cranney told us about the potential outlook for 2020. Almost a year later, the result he says is very welcomed.

“I knew there was always a chance that things could turn around a little bit but for you to tell me the year ended up turning out like it did I probably wouldn’t have believed that. We really feel blessed that things have kind of come together this year for not only us but for a lot of our neighbors,” Cranney said.