7Investigates learned Edward Epps, who police say killed his ex-wife and her husband before turning the gun on himself, was served a protection order the night before the murders. 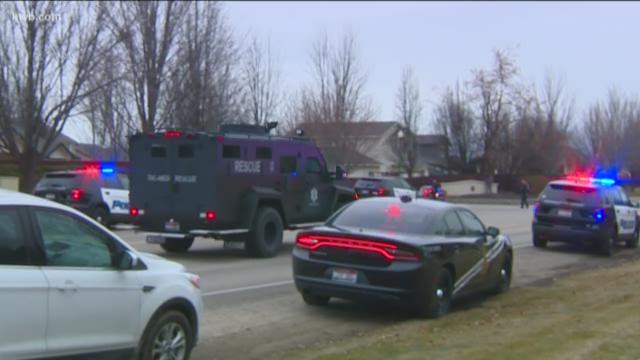 We are learning new, harrowing details about what led to Sunday's double murder-suicide in Meridian that ended in a husband and wife and the suspect dead.

Meridian Police Department says Edward Epps Jr. barged into his ex-wife Heidi DeLeon's home and killed her and her husband Joe DeLeon. Three girls were in the home at the time of the shooting, but police says one was able to escape the house to call for help while the other two were kept hostage by the gunman. Police were eventually able to negotiate their release.

7Investigates learned Epps was served a protection order the night before the murders. We also found out Heidi feared for her and her family’s lives, and cried out for help. Over the last few years, Heidi DeLeon has been apart of a family court support group and a police timeline shows she begged the courts and law enforcement to protect her.

Court records show Heidi DeLeon filed for divorce from Edward Epps in 2011. It dragged on until 2015, plagued with motions and custody battles. Then, in November of 2018: a petition was filed with the court to modify child support. A status conference was set for the end of January.

So what happened that led to Sunday's horrific attack? 7Investigates reached out to Meridian Police to learn of their contacts with the DeLeons and Epps over the last year.

Meridian Police Deputy Chief Tracy Basterrechea says on March 7, 2018, an officer met with Heidi about alleged threats Epps made toward the kids. Meridian Police say the officer couldn't substantiate a crime and told her to get a protection order or work on getting the custody order modified.

On December 28, 2018, a Meridian officer was sent out to the DeLeon home - again over threats. Basterrechea says officers referred the DeLeons to Ada County Sheriff's Office since threats were made in the county. The sheriff's office took a report and routed it to the prosecutor for charges, according to Meridian Police.

The next day, officers were sent out to the home again because of a child custody dispute. Police say Epps was there for his regular visitation with he and Heidi's daughters. Officers told him the girls weren’t going with him that night and they trespassed him from the property, according to Basterrechea.

Then on January 5, the night before he shot and killed his ex-wife and her husband before turning the gun on himself, Ada County Sheriff's deputies served Epps a civil protection order.

As Heidi's confidant revealed, Epps told one of his daughters last month he was going to do this very thing and she wrote about it in her journal.

“Her dad had actually made a threat on Heidi's life and Joe's life and she put it in writing,” advocacy group One Mom’s Battle founder Tina Swithin told 7Investigates.

Swithin says those threats are what prompted Heidi to seek the protection order; with proof in her daughter’s journal, she was successful in securing one.

“An individual like this - whether they have sociopathic tendencies or mental health - if you are finally successful in obtaining a restraining order, there are individuals like him who that can be the final trigger that sends him over the edge because now somebody has seen through him or he knows what the ramifications of that protection order are going to be and he feels he's losing control,” Swithin told KTVB.

Heidi reached out to Swithin in 2016, fearing her family's safety.

“She had some very serious concerns about his mental health. He had held a gun to her in the past. And it was her word against his in court,” she added. “In the past one of the things Heidi shared with me was that when her ex would drop their girls off at her house he would instruct them to destroy her property or to break things at the house.”

Swithin says Heidi tried to get protection orders twice before, but was denied. She feels the judicial system failed the DeLeons early on and says Epps was given too much control in the beginning when he received 50/50 custody over their children.

“When somebody goes to the court and expresses concern for their safety it shouldn’t be as hard as it is to obtain protection,” Swithin said. “Education needs to be happening in the court system so that we take Heidi seriously when she's standing there in a courtroom expressing concern for her own life, her kids’ lives. They need to start listening.”

“She did all the right things,” Women’s and Children’s Alliance spokesperson Chris Davis said. “She did leave, she did everything she was supposed to do and she did seek a protection order.”

The Women’s and Children’s Alliance warns it's most dangerous when someone leaves or the abuser loses control and power. It often brings a victim a false sense of security because they’ve removed themselves from the relationship.

“That is when situations become most violent and when most homicides do occur,” Davis told KTVB.

When domestic violence is present, Davis says the abuse doesn’t just stop when one person leaves because it’s about power and control.

“When you have to continue to interact with an abuse I think often you going to see situations where there’s coercive control or emotional, verbal abuse,” she added.

When a gun is involved in domestic violence, statistics show the potential for death goes up by 500 percent. Davis says if a gun is every introduced, take that threat very seriously and call police, the WCA or someone else who can help.

“It doesn't matter whether it’s legal or moral they'll go to great lengths - any lengths – to maintain. And it’s not rational, it’s not logical,” Davis said.

“My heart right now is with her kids and I truly can't even imagine what they've been through since custody battle started,” Swithin told KTVB, “The hard part is stories like this keep women in domestic violence situations because you hear about this story and it’s your absolute worst nightmare so why leave.”

FACES of Hope Victim Center, a one-stop triage and support center, also serves victims of domestic violence and other abuse. Emergency services are also available 24/7 every day of the year by visiting FACES of Hope Victim Center in downtown Boise. Non-emergent services are available weekdays from 8 a.m. to 5 p.m. You can call (208) 577-4400 on weekdays to schedule an appointment.

Davis says you don’t have to leave your situation right now; oftentimes, people don’t leave right away because planning takes time. WCA suggests meeting with one of their court advocates who can help you navigate the judicial system and protection orders.

Most importantly, the WCA and FACES would like for victims of domestic violence or sexual assault to seek safety planning, which is offered to anyone who reaches out to them. A safety planning session involves creating a personal safety plan and is one-on-one.

7Investigates asked Basterrechea if he feels the department did enough to protect the DeLeons. He said based on the initial information: yes. But they'll intensely analyze the case to see if there could improve on anything.

In an email, Basterrechea said: “We will also look at this from a multidisciplinary standpoint to see if there are issues in the system which we can affect in a better way.

Domestic cases are extremely dynamic and complex. So we want to make sure we are doing everything we can to protect the victims and prevent future victims.

Whenever anything like this occurs we want to approach it holistically and make sure we are doing things in the best interest of everyone involved.”