A gunman shot and killed two adults before turning the gun on himself, all in the presence of children. 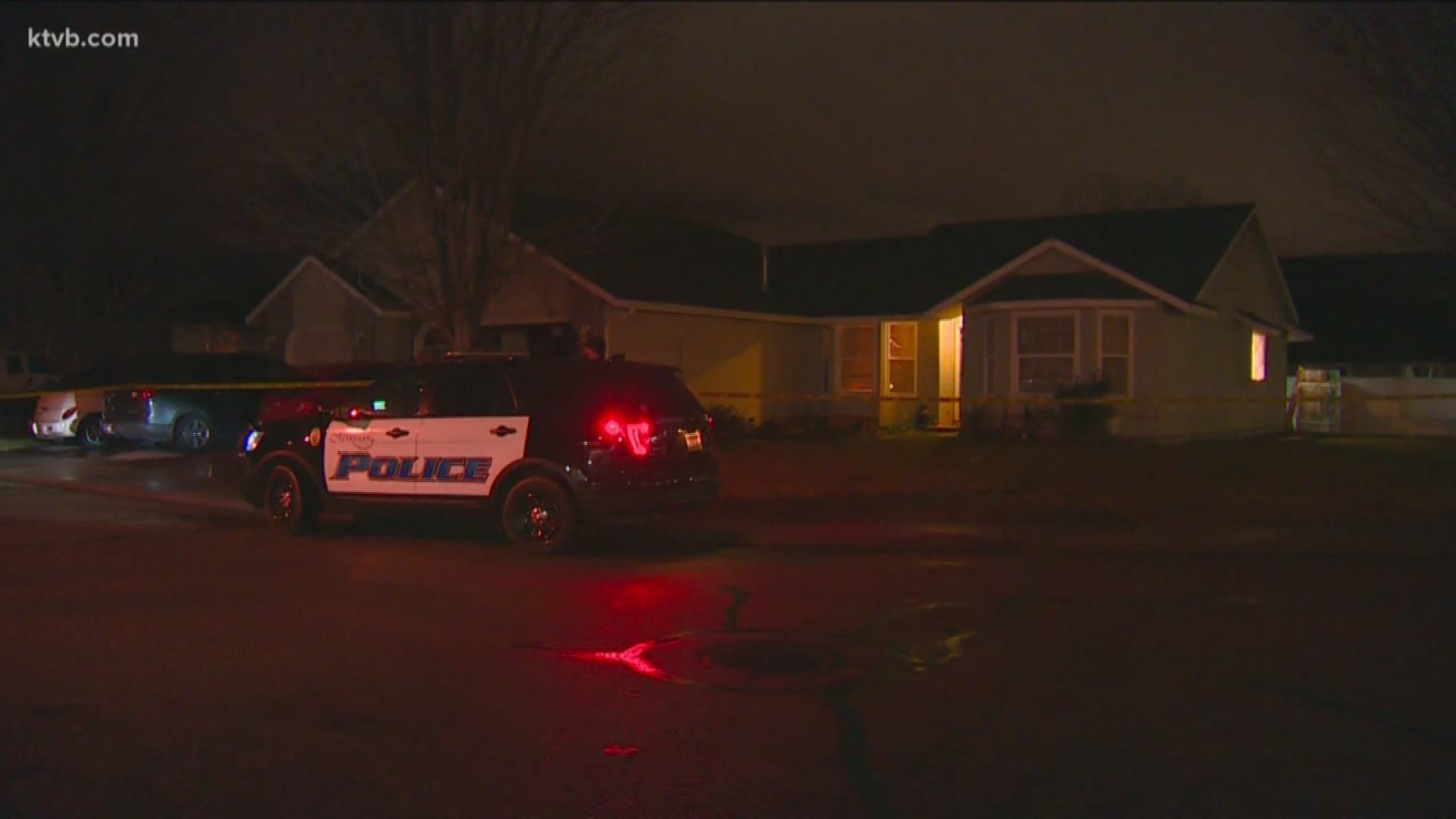 Three young girls are suffering a huge loss after a deadly standoff that lasted hours Sunday in Meridian.

39-year-old Edward Epps Jr. forced his way into a Meridian house, shot and killed 40-year-old Heidi DeLeon and 47-year-old Jose DeLeon before turning the gun on himself, all in the presence of children, police said.

"There were three girls in the residence at the time of the shooting,"  Meridian Police Deputy Chief Tracy Basterrechea said. "One of the girls was able to escape from the residence early on. The other two girls were kept hostage there by the gunman, and ultimately we were able to negotiate the release of those girls."

The girls are safe, but their world has been turned upside down.

"I can tell you that at least one of the girls involved in this situation does have a parent who is still alive, so she is with that parent at this time," Basterrechea said. "The other two have lost both of their parents."

MORE: Three killed during a police standoff at Meridian home identified by coroner

Andy Billington lives around the corner from the house where the standoff happened.

Billington said he knew the victims, but only in passing.

"As far as I know, very nice, family-oriented people," said Billington. "I drive past and see them playing in the front yard, building snowmen, cleaning up the leaves. Mom and dad worked hard in the yard there keeping it clean and tidy, trimming the trees and things."

Ultimately, it will be up to a judge to decide where these children will live - but police said they won't be without support.

"We will refer them to ongoing counseling as well and they can always ask for state assistance in getting that counseling," Basterrechea said. "There is a victim’s fund that is set up through the state of Idaho that we can request money through and we will help them through that as well."

Community members who want to help the children are asked to contact Meridian police.

"Those kids are going to need a lot of support," Basterrechea said.

Shortly after KTVB's Gretchen Parsons filed this story on Monday, Meridian police released more details about the tragic events that unfolded on Sunday. While it's still early in the investigation, here's what police believe happened:

Meridian police, Idaho State Police, Boise police and the Ada County Sheriff's Office responded to the 4900 block of West Charles Avenue, where it's believed that Epps arrived at the DeLeons' home at around 3 p.m.

Police said Epps, armed with two handguns, started firing at the DeLeons. Jose DeLeon was shot multiple times by Epps as Heidi DeLeon ran to a back bedroom.

Jose DeLeon died in the hallway. Heidi DeLeon was shot multiple times in the back bedroom after Epps forced his way in.

As the shootings happened, a 13-year-old girl fled to a neighbor's home. Two other girls - ages 10 and 11- were kept in the home where the shootings occurred by Epps. Police said Epps released the 11-year-old after negotiations, then committed suicide after releasing the other girl.

Epps was Heidi DeLeon's ex-husband. The 10- and 13-year-old girls were from their marriage, and the 11-year-old was Jose DeLeon's daughter.

Heidi DeLeon and Epps were scheduled in court for child custody issues later in January, according to police.