Kuna sixth- through 12th-graders to get full-time school option

The Kuna School Board voted to give students in grades 6-12 the choice of either continuing in a hybrid learning model or returning to classrooms full time. 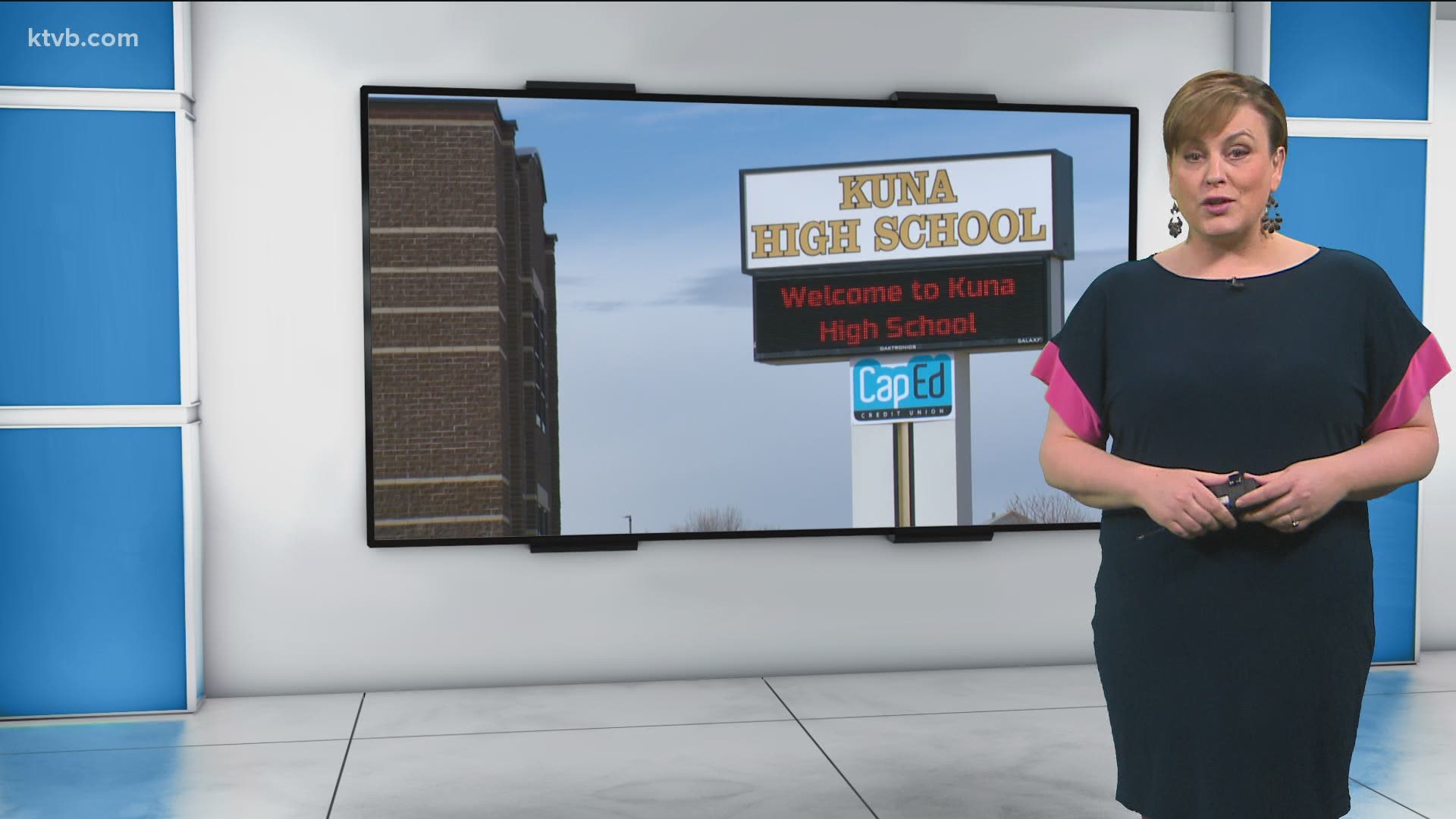 KUNA, Idaho — Starting April 15, secondary students in the Kuna School District will have the option of returning to in-person instruction five days a week for the first time in over a year, the Idaho Press reports.

After weeks of debate, the Kuna School District board of trustees Tuesday night voted to give students in grades 6-12 the option of either continuing in a hybrid, alternating-day learning model or returning to classrooms full time. Students who by March 15 declare their intent to return daily in mid-April will join their K-5 peers, who are already attending school in-person full time.

The board voted in February to maintain a hybrid model for the rest of the school year, but facing outcry from some parents, created an advisory task force to explore a full-time return in a special meeting later that month. That task force, a group of 14 stakeholders, presented three options for expanding in-person learning Tuesday night. A majority of task force members, in a series of meetings over the last two weeks, “fully supported” the board’s eventual decision.

The board voted 4-1 in favor of the plan. Chairman J.D. Grant was the sole dissenter, preferring a model without a hybrid option. He argued keeping some students hybrid and returning others full time would be too burdensome for teachers.

Trustee Joy Thomas, who vocally opposed a return to in-person instruction last month, said she was still concerned about students’ inability to practice social distancing in district classrooms. Thomas, though, made the eventually successful motion, advocating for one of three task force suggestions — none of which floated total continuation of a hybrid model.

“I think that option ‘A’ has too many moving parts,” Thomas said of a plan to bring students back four days a week with an option to stay hybrid. “I think if we're going to do this, we need to do this the simplest way that we can.”

Kuna students will be among the last in the Treasure Valley to make a full-time return, coming back at the start of the academic fourth quarter to ease their transition. The West Ada, Nampa, Caldwell and Boise school districts all plan to return students to classrooms four or five days a week at the end of March, Idaho Education News reported.