What can you do this Fourth of July in Idaho?

Many Fourth of July events have been canceled due to COVID-19, but there are still numerous festivities occurring. Here's how you can celebrate this year. 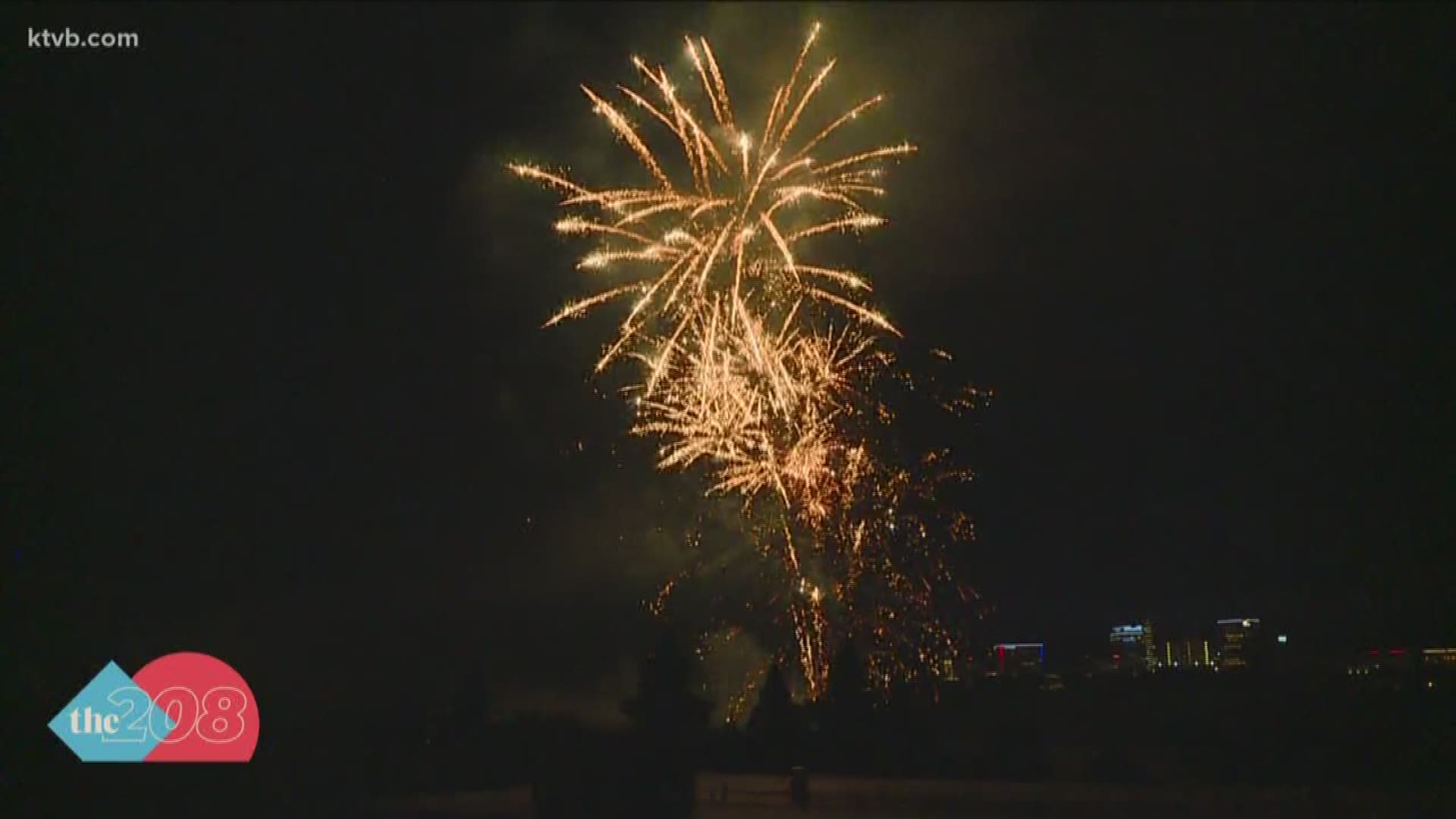 BOISE, Idaho — Editor's note: The above video discusses the city of Boise's plans for citywide fireworks on the Fourth of July.

Fourth of July is going to look different than ever before this year due to the COVID-19 pandemic. Big gathering and communitywide fireworks have been canceled in many areas because of the outbreak.

Although festivities will look much different than previous years, there are still many events occurring that will allow Idaho residents to celebrate Fourth of July and keep themselves safe.

The annual 4th of July Fireworks show in Caldwell will proceed as planned, according to the city's website.

The firework show will take place at Brother's Park in Caldwell. City officials are strongly encouraging those who attend the event at the park to maintain at least six feet of distance between themselves and others.

The Cascade Chamber of Commerce announced in May that the city's annual fireworks display over Lake Cascade will proceed as normal this Fourth of July.

"We have safety precautions put in place, and strongly encourage people to follow social distancing guidelines," the Chamber tweeted.

Cascade's fireworks show is slated to begin at dusk on July 4.

The Coeur d' Alene Chamber of Commerce announced that the city's annual Fourth of July firework show will be canceled this year. However, the parade and other festivities will continue as planned.

The Chamber has since stated that the parade and other festivities will be canceled if Idaho has not moved out of Stage 4 of the rebound plan by July 4.

Read the full story and statement from the Chamber here.

The Garden Valley Chamber of Commerce has arranged a day filled with events to celebrate the Fourth of July. They shared the day's schedule to their Facebook page.

The chamber is also holding a firework show in the park at dusk.

McCall Area Chamber of Commerce and the City of McCall made the decision to cancel the city's annual firework show over Payette Lake in May. The decision was made after the city determined that appropriate social distancing measures could not be implemented at the event.

In lieu of fireworks, the Chamber is offering a special issue of Visit McCall Magazine. This digital guide will include some favorite outdoor activities, special recipes from local chefs to create a magical backyard BBQ and a Shop Local section featuring amazing local businesses.

The Chamber of Commerce is also creating a special Family Fun Pack free for anyone with young children to pick up. The pack will include goodies like patriotic beads, toys and glow sticks, scavenger hunt cards and maps of the community pathways.

The Fourth of July Activity Guide will be available on the Chamber's website on July 1.

You can celebrate your Independence Day at Meridian Speedway this Saturday, July 4, as the quarter-mile asphalt oval throws America a birthday party 244 years in the making with the Stinker Stores Firecracker 50 races and fireworks.

Seating capacity is limited. You can buy tickets online.

Meridian Speedway is hosting a Fourth of July celebration with limited seating available. Tickets are $14 for adults, $12 for seniors and military members, $7 for kids age seven through 11 and free for children under the age of six.

More information can be found on the speedway website.

The Middleton Middleton Chamber of Commerce is putting on a fireworks show as part of its Fourth of July celebration, according to a post on the chamber's Facebook page. There will also be food vendors at Foote Park. The fireworks start at dusk.

You can watch fireworks display live on KTVB and KTVB.COM.

Because of concerns about the spread of COVID-19, Middleton has canceled its Fourth of July parade, car show, craft vendors, Fireman's breakfast and games in the park.

RELATED: These large events are returning to Coeur d'Alene for summer 2020

RELATED: Boise's "We the People" Fourth of July parade canceled

RELATED: Cascade to go ahead with Fourth of July fireworks show