Following Thursday's storm, people who witnessed it have taken to our Idaho Weather Watchers Facebook group to show the effects. 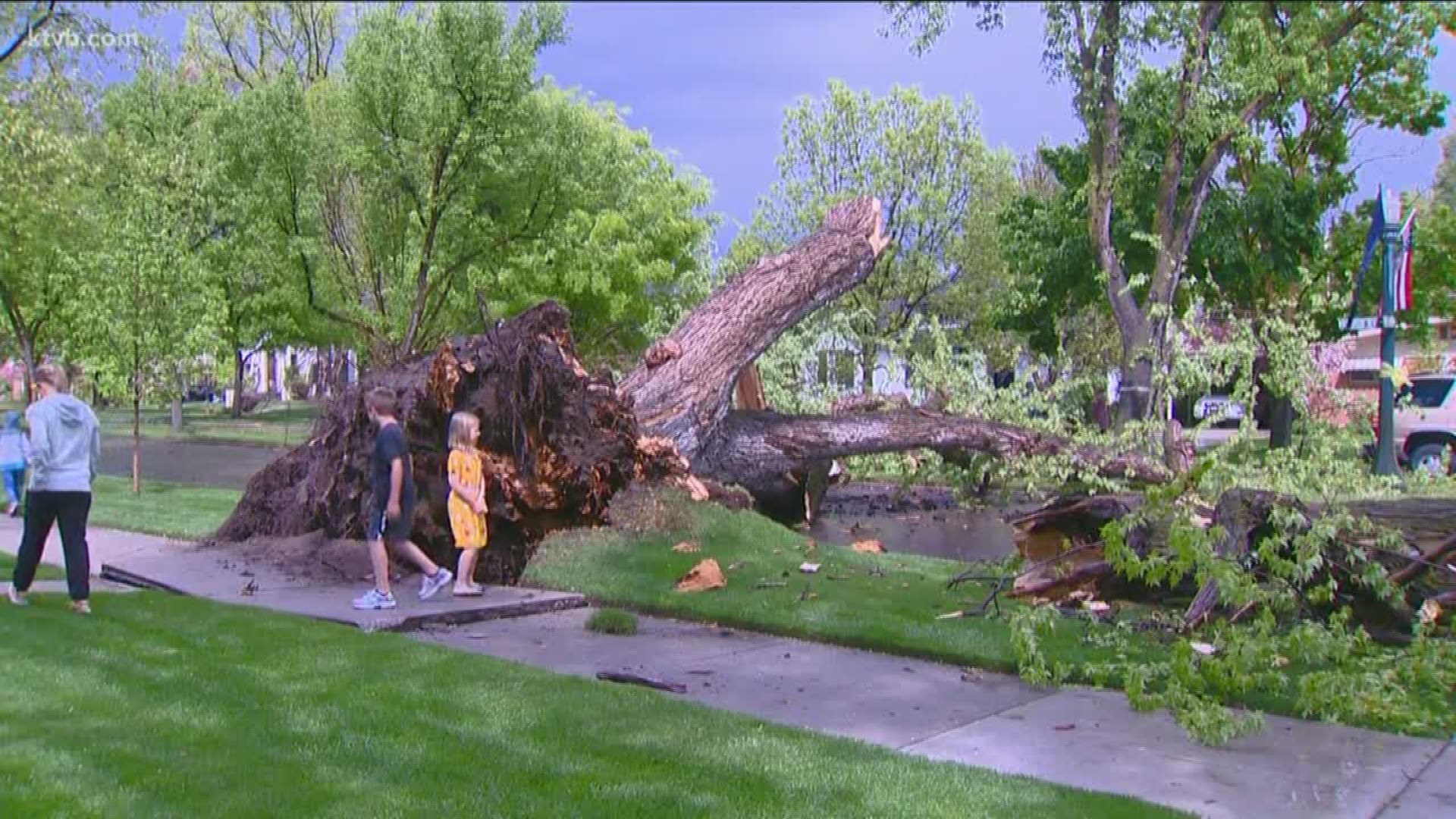 BOISE, Idaho — The Treasure Valley was rocked by a severe thunderstorm on April 30.

Storm warnings were issued in several counties, including Ada, Canyon, Elmore and Owyhee.

The thunderstorm was so powerful that a haboob, which is typically classified as a massive dust storm, formed into a type of wall cloud.

You can read more about haboobs and what causes them here.

The 60-mile-per-hour winds knocked down trees across the Treasure Valley. The winds also caused serious damage to homes and other personal belongings.

Photos of the aftermath were shared to KTVB's Idaho Weather Watchers Facebook group.

Deanna Pitts' home was hit hard by the storm. The end result was a knocked-down flag pole, a busted-up fence, a fallen tree and a trampoline that was flipped upside down.

1 / 5
Deanna Pitts
Deanna Pitts shared photos of her property post-storm to our Idaho Weather Watchers Facebook group. That flipped over trampoline is a shocking depiction of how strong the winds were

The severe winds devastated Matt Capps' property, where a pine tree was uprooted and fell onto the building you see below.

Eric Anderson shared his photos to Idaho Weather Watchers. The effect the storm had on his property was also devastating.

Not only did Eric lose a tree on his property, but a falling tree crushed his car.

1 / 3
Eric Anderson
Eric Anderson was hit extremely hard by the strong winds, which caused a tree to fall directly on top of his truck.

Sandy Hardaway's property was also affected by a fallen tree.

1 / 5
Sandy Hardaway
A tree from Sandy Hardaway's property fell onto her house during the April 30 severe storm.

You can see more of our viewer photos from the storm here.

RELATED: What is a haboob? Massive wall cloud photographed during Thursday’s extreme weather