A large tree fell on Harrison Boulevard in Boise, and a tornado warning was in effect in nearby Cassia County. 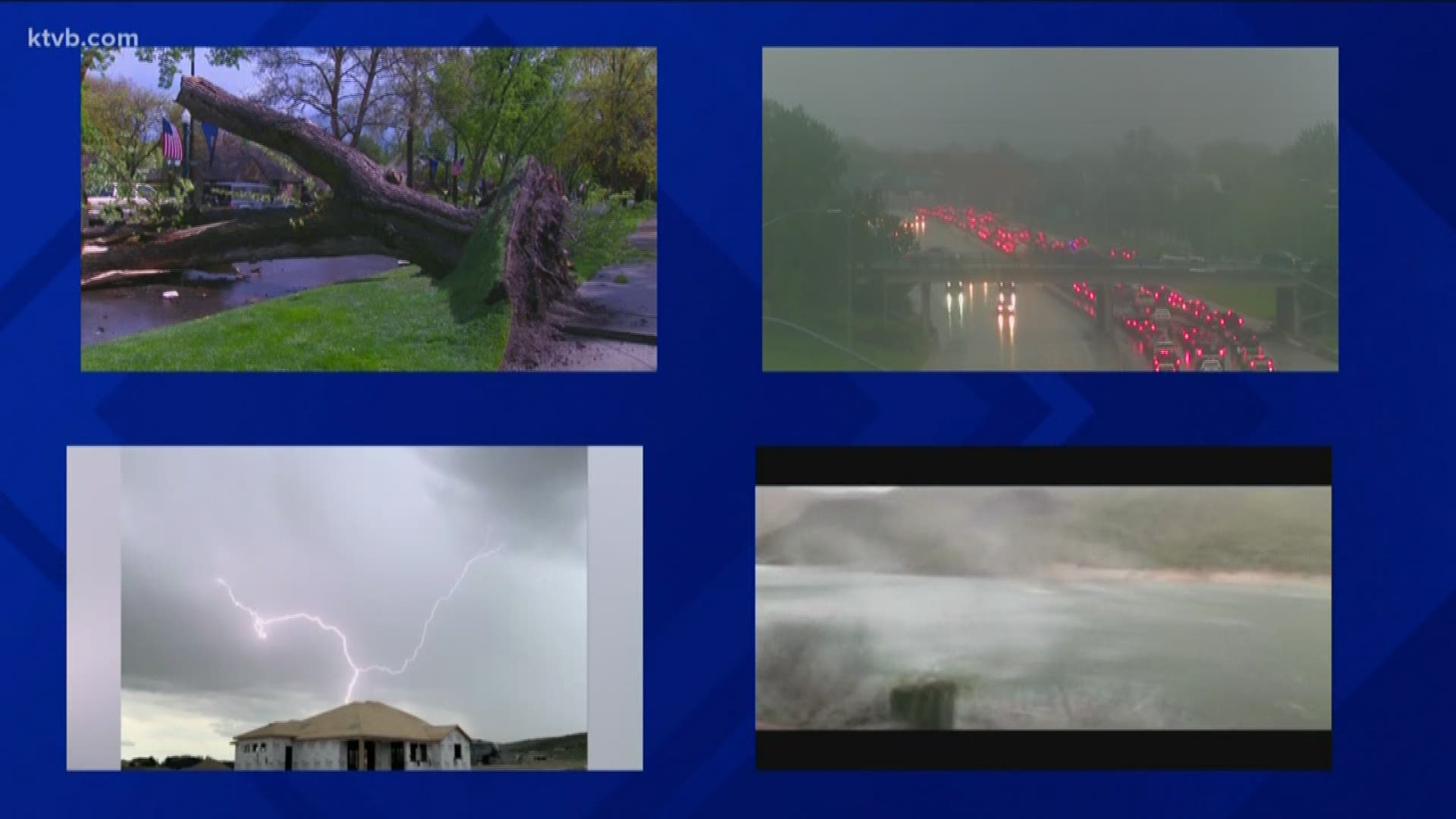 CALDWELL, Idaho — A severe thunderstorm rolled through the Treasure Valley on Thursday, April 30, causing damage as it knocked down trees with 60 mph winds.

Counties included in the severe thunderstorm warning include Canyon, Ada, Elmore and Owyhee.

The storm was spotted 35 miles southwest of Caldwell at about 1:40 p.m. The severe warning was issued in Ada County through 3:30 p.m.

The National Weather Service warned that the storm could bring hail the size of ping-pong balls.

GET THE LATEST FORECAST: See our complete weather coverage here

KTVB has received multiple reports of broken branches and downed trees, including a large tree that toppled over on Harrison Boulevard and Sherman Street during high winds. Another tree, at 15th and Sherman, crashed into a historic home.

1 / 4
KTVB
This tree fell over and crashed into a resident's home during a severe weather storm on April 30.

The storm moved into Ada County after passing through Canyon County.

A tornado warning was also in effect in Cassia County.

If you have photos of the storm, you can share them in our Idaho Weather Watchers Facebook group.

Boise Police Department and Boise Fire responded to multiple reports of power lines and trees knocked over from the wind. BPD shared photos on Twitter of a knocked down tree at Pershing and Overland.

The fallen tree caused a natural gas line to come up but no one was injured, according to BPD.

Forecasters also expect "torrential rain, which could lead to flash flooding. Residents are urged to get indoors and make sure animals have shelter.

Viewer photos of the storm moving across southwest Idaho, and the damage it left behind

According to the weather service, a  severe thunderstorm capable of producing a tornado was picked up near Oakley Reservoir, moving east at 50 mph.

"Flying debris will be dangerous to those caught without shelter. Mobile homes will be damaged or destroyed. Damage to roofs, windows, and vehicles will occur. Tree damage is likely," the weather service posted.

Cassia County residents were urged to take cover. The tornado warning was in effect until 3:15 p.m.