It was the most powerful quake to ever hit the Gem State. 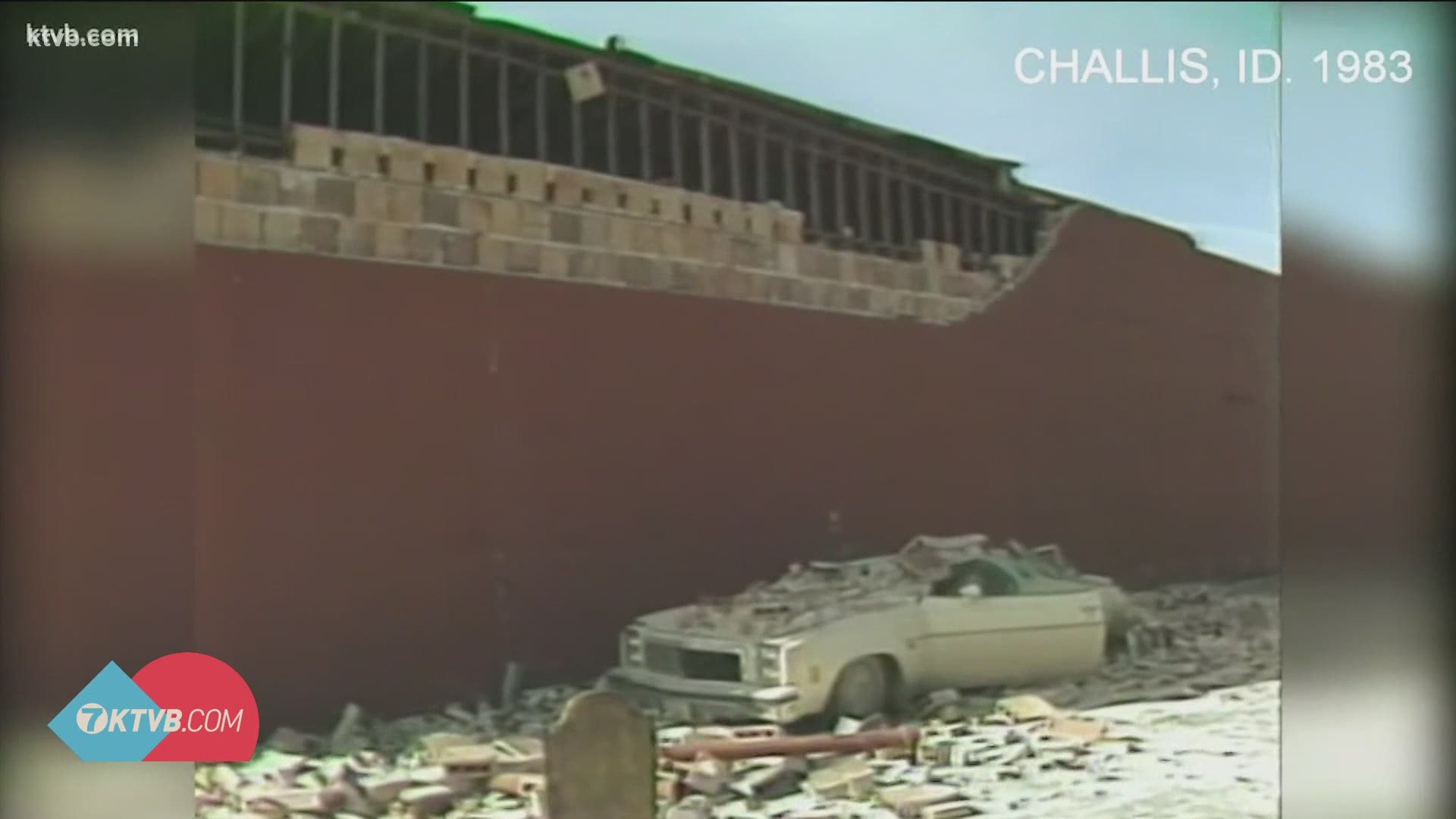 BOISE, Idaho — It's been nearly seven months since Idaho experienced one of the most powerful earthquakes to rock most of central and southern Idaho.

A 6.5 shaker hit just outside Stanley back on March 31.

But it wasn't the biggest quake on record to hit Idaho.

Pictures and old news video help us remember the largest and most damaging earthquake in Idaho history.

A magnitude 6.9 earthquake rattled the towns of Challis and Mackay for 30 to 60 seconds.

And sadly, two schoolchildren -- a 6 and 7 year old -- were buried as a storefront collapsed.

People who saw the blocks come down rushed to uncover the children but were unable to save them.

The rumbling and shifting of the earth created landslides, rockfalls and groundwater changes throughout the region, including changes to geyser activity in Yellowstone National Park.

The origin of the earthquake, a depth of nearly 10 miles below Idaho's tallest Mountain, Borah Peak, shifting apart the mountains and valley 14 feet in some places.

Aftershocks rattled the area for the next few days.

Buildings were replaced, the towns rebuilt.

A lot of Idahoans wonder if and when the next big one will hit.

The USGS says no one has ever been able to predict when a major earthquake will hit.

USGS scientists say they can only calculate the probability that a significant earthquake will occur in a specific area within a certain number of years.

By the way, for the last seven months we have seen dozens of aftershocks to that March quake.

And until we get another one in the same area of bigger magnitude, that's all they will be, just aftershocks.

Watch more 'Earthquake Ready or Not'