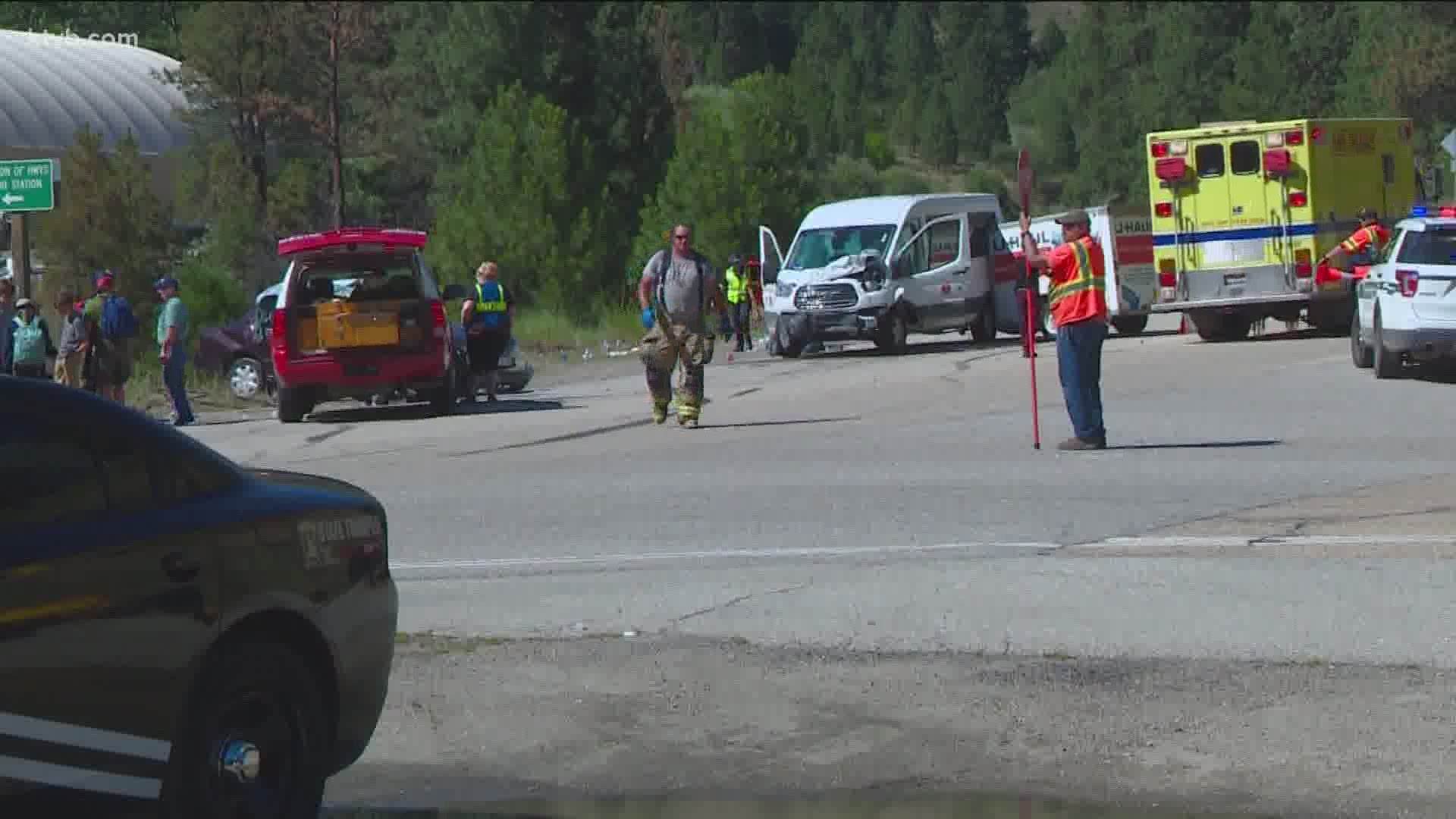 BANKS, Idaho — Note: The video at the top of this article is from a 2019 story on issues of congestion at the intersection.

The Idaho Transportation Department will double the number of days flaggers will be deployed at a notoriously congested Boise County intersection this summer.

The intersection of Idaho 55 and the Banks to Lowman Road has long been the site of collisions and extended traffic backups. Particularly on summer weekends, drivers attempting to turn left from the Banks-Lowman Road onto Idaho 55 towards Boise have a very difficult time finding a gap in highway traffic.

There is a stop sign at the Banks-Lowman Road; cars on Idaho 55 do not stop. ITD has previously rejected calls to install a traffic light at the intersection.

Officials say flaggers will be present to direct traffic on six weekends this summer, targeting what will likely be the busiest days.

The flagging schedule will be as follows:

Flaggers will not be present during the upcoming Memorial Day holiday weekend.

"We removed Memorial Day from our flagging schedule after we looked at years of travel data," said Caleb Lakey, District Administrator of ITD's Southwest Idaho Office. "We confirmed the reports of our maintenance staff that there are, on average, more cars on the road any given Sunday in July and the first weeks of August than Memorial Day. A lot of that is weather dependent, and we may still see a lot of people on the road if we have warm temperatures early on."

ITD says drivers on the route should still be prepared for "significant travel delays" at the intersection through the summer, noting that while flaggers help cars at the Banks-Lowman stop sign get out faster, they also slow down traffic on Idaho 55. Signs will be placed ahead of the intersection warning drivers to slow down and watch out for the safety of the highway workers flagging traffic.

"Ultimately, both highways and the intersection simply reach capacity as everyone who spent the weekend in the mountains returns home to the Treasure Valley," said Lakey. "I urge those travelers to consider taking alternate routes or making their return outside the peak time of 11 a.m. to 5 p.m. Otherwise, plan to have some delay."

Those returning from trips around Stanley and Lowman can use Idaho 21 to get around the congested area, while those driving from McCall or New Meadows can take U.S. 95 as an alternate route.

The increased flagging plan came after ITD sought public input and formed a community working group to address the issue. The agency is also working with the Western Federal Land Division of the Federal Highway Administration on longer-term improvements to the intersection.

"I want to thank the community for partnering with us on this situation," said Lakey. "We all want to see business flourish while preserving the unique beauty of Idaho's Central Mountains. The impacts of growth in southwest Idaho is felt in every community. The public servants at ITD are doing everything we can to meet the growing needs. All users of the road need to take responsibility to plan ahead, drive well, and make wise decisions."