Andy Avalos, coaching staff excited for the start of fall camp for the Broncos

Avalos talked with reporters Tuesday about how the off-season went, the latest on the quarterback battle and how the team is going to deal with COVID protocals. 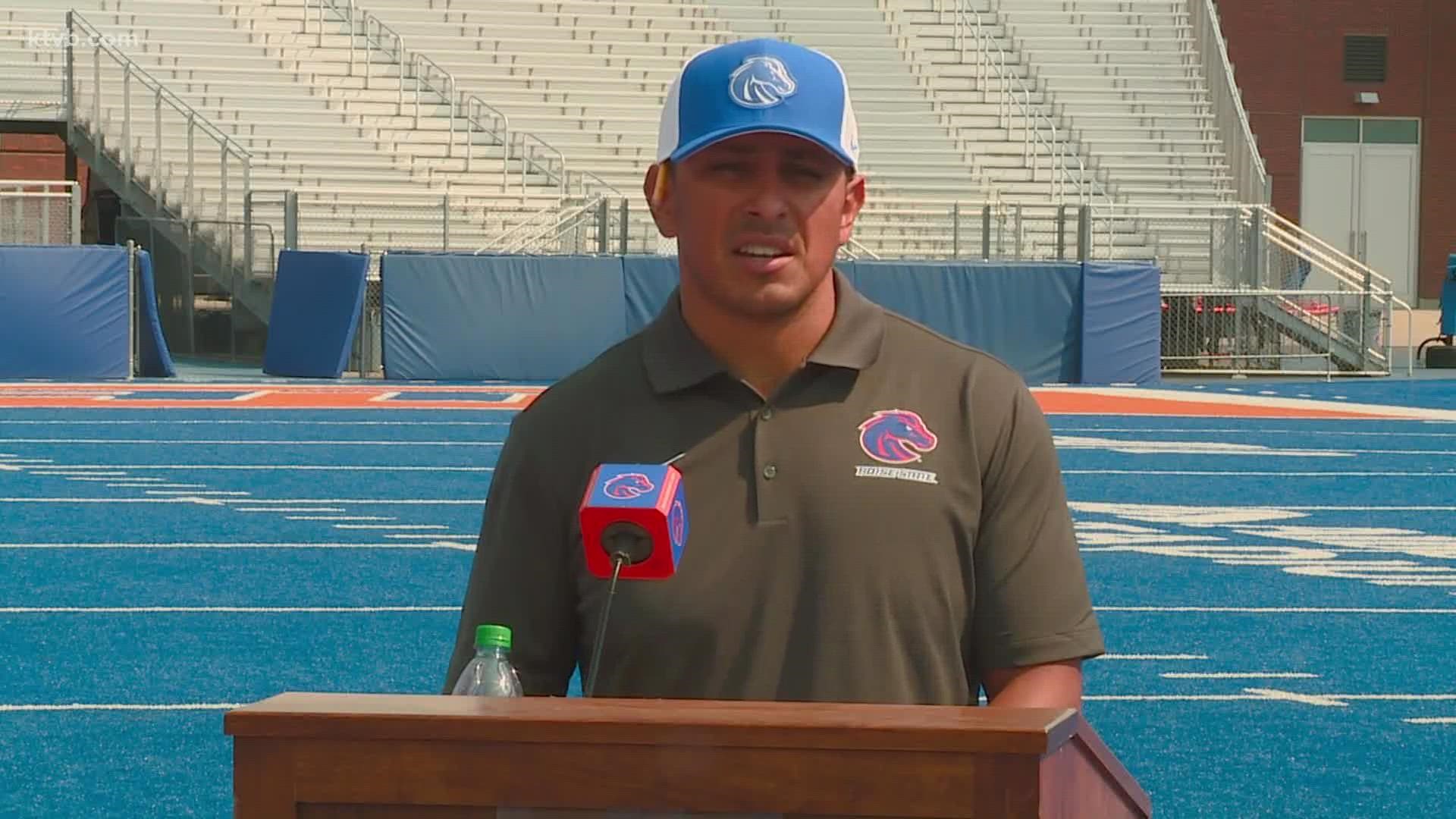 BOISE, Idaho — Boise State head football coach Andy Avalos is excited about the hard work his team put in the off-season and is ready to take the field Wednesday for the start of fall camp.

Avalos spoke to reporters on The Blue Tuesday morning as the Broncos get ready for 29 practices ahead of the season opener at UCF on Sept. 2.

"This is a game that starts up front, the mentality and physicality that is created up front through the course of camp is everything. This is a physical game," Avalos said.

Our Jay Tust was tweeting from the press conference. You can see his tweets at the bottom of this story.

The Broncos are coming off a 5-2 season that was shortened by COVID. They lost the 2020 Mountain West championship game to San Jose State 34-20 and did not play in a bowl game.

During Mountain West Media Days in Las Vegas last month, the Broncos were picked to finish first in the Mountain Division in 2021, while the Nevada Wolf Pack is the choice to win the West Division in media voting.

With an upswing in COVID cases around the country and Idaho, getting the vaccine is still a big topic of discussion. Mountain West Conference Craig Thompson said teams that can’t play because of COVID-19 issues will have to forfeit those games. There will not be any makeups.

When asked about how Boise State is handling the release of information about sick or injured players this season, Avalos gave this response:

"On an every day basis we are not going to speak about personnel, we will not answer personnel availability when it comes to injuries nor COVID protocol. We will release anybody who may be unavailable for a game 45 minutes beforehand," Avalos said.

When asked about the quarterback competition between Hank Bachmeier and Jack Sears, Avalos said in Vegas, “They will compete, and we’re excited to see it.” He expects to know his starter within the first 10 practices of fall camp. Avalos reiterated those remarks on Tuesday.

He said that both guys will rotate between the 1s and 2s each day during fall camp. "The competition on the field will us the timeline (to make a decision).

Avalos did not reveal any roster additions or subtractions, but did say they plan to release more information later Tuesday prior to the start of fall camp.

Boise State opens the season on Sept. 2 at the University of Central Florida. The game is being broadcast on ESPN. Kick off is set for 5 p.m. MT.