The Broncos are now Mountain West champs for the second time in three years and the third time in the Harsin era. 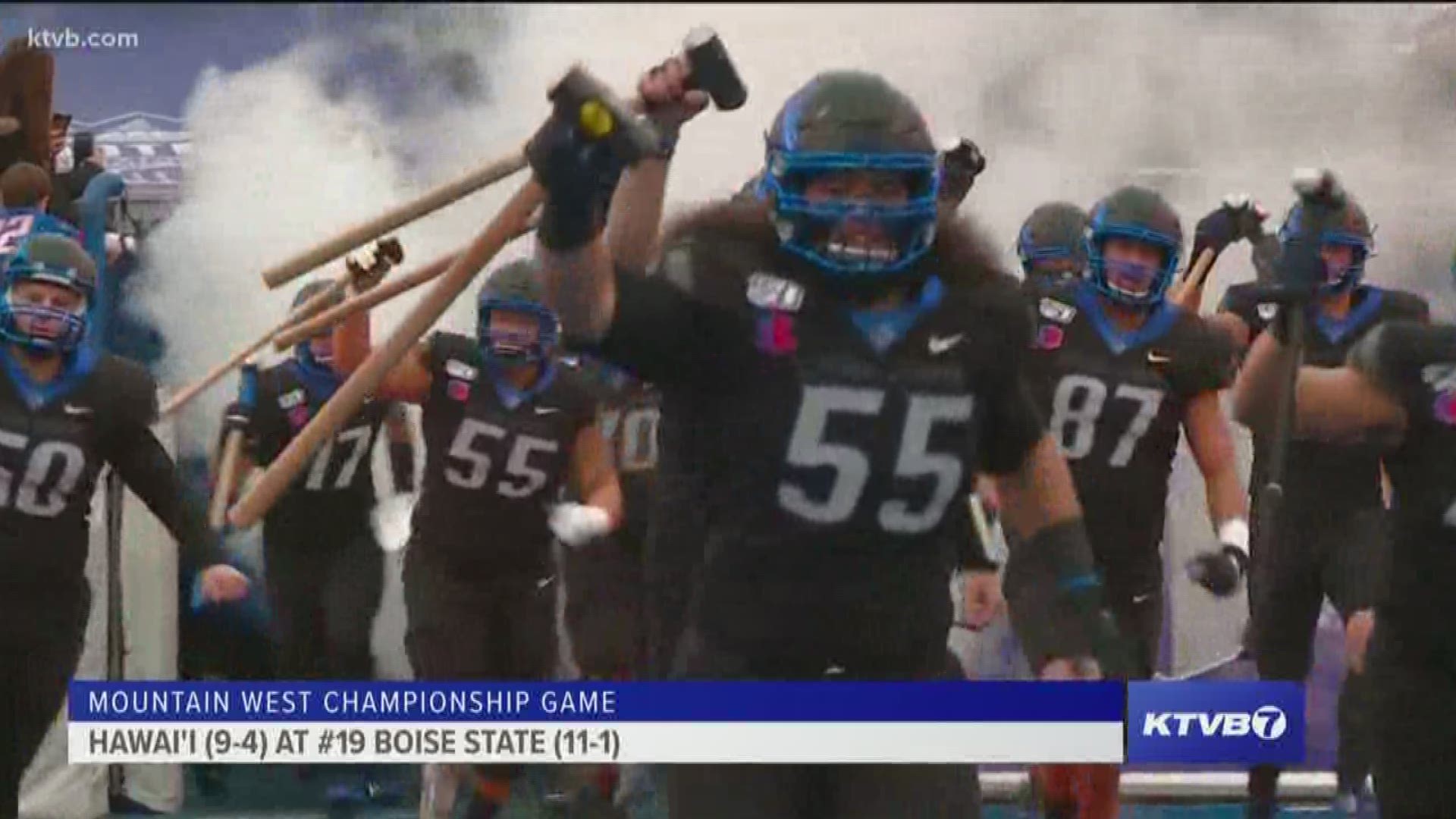 BOISE, Idaho — Senior quarterback Jaylon Henderson threw for 212 yards and two touchdowns and ran for another score to lead No. 19 Boise State Broncos to a 31-10 victory over Hawai'i Rainbow Warriors in the Mountain West Conference Championship game at Albertson Stadium on Saturday.

After rolling up 518 yards of offense in the first game, the Broncos leaned on their defense in the rematch. The Broncos made two defensive stands inside the 5, once in the second quarter and another early in the third.

The Broncos also had to pivotal turnovers on defense. A strip-sack by DT Sonatane Lui set the Broncos' offense in the redzone in the final minutes of the second quarter, which would lead to a Boise State touchdown.

Senior safety Kekoa Nawahine also had an interception in the Broncos' endzone when Hawai'i was marching down the field.

Hawai'i (9-5) was making its first appearance in the Mountain West Conference Championship game and their first conference title game since the WAC title game in 2007.

Looking ahead, the Broncos are likely heading to the Las Vegas Bowl, unless they jump the 12-1 No. 17 Memphis Tigers, who beat the No. 20 Cincinnati Bearcats 29-24 in the American Athletic Conference Championship game on Saturday, in the College Football Playoff Rankings, which is unlikely.

For Hawai'i, they will likely be staying home this bowl season when they play in the Hawai'i Bowl.