After the Broncos rout the Rainbow Warriors 31-10 for the conference title, watch the championship ceremony and post-game press conference live from the Blue. 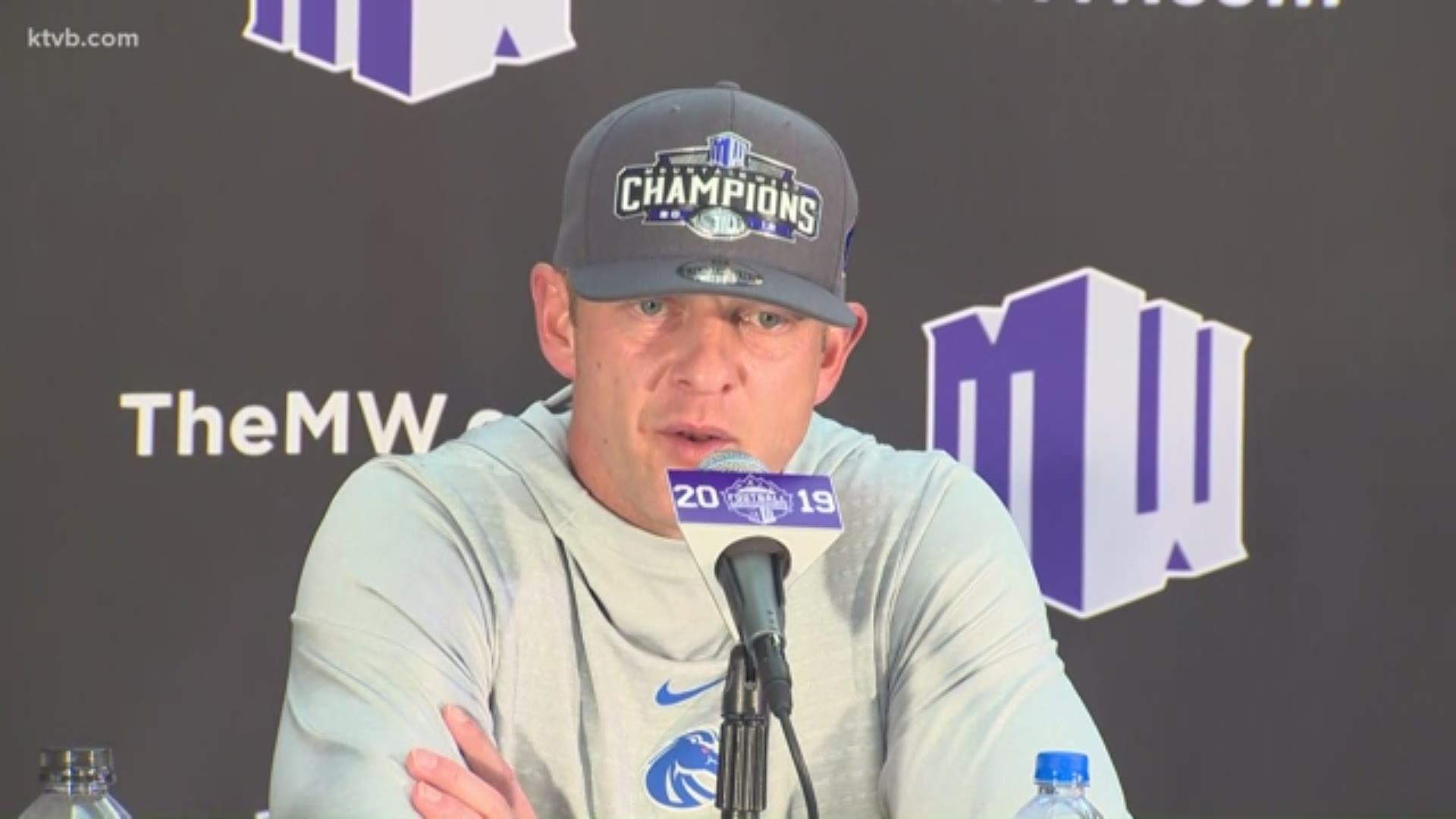 BOISE, Idaho — The No. 19 Boise State Broncos are Mountain West Champions for the second time in three years after the Broncos dominated the Hawai'i Rainbow Warriors 31-10 at Albertsons Stadium on Saturday afternoon.

Following the win, watch a live stream of the championship ceremony and the post-game press conference, where coach Bryan Harsin and several Broncos will speak to the media about Boise State becoming conference champions again.

This is coach Bryan Harsin's fourth conference title since he took over for Chris Petersen six years ago.

In his fourth career start, senior quarterback Jaylon Henderson ended the game 20 of 29 completions for 212 yards, two touchdowns, and one interception. Henderson also had 51 rushing yards and a rushing touchdown. Freshman running back George Holani once again led the Broncos' running back committee with 16 carries for 67 yards.

In the Group of 5's bid for the Cotton Bowl, the Memphis Tigers did beat the Cincinnati Bearcats 29-24 in the American Athletic Conference Championship game. The Tigers are ranked No. 17, two spots ahead of the Broncos. Memphis is likely going to the Cotton Bowl, but Boise State's bowl destination will be announced tomorrow, on Selection Sunday.