Both quarterbacks said on Monday that they're relishing the opportunity for a good competition. 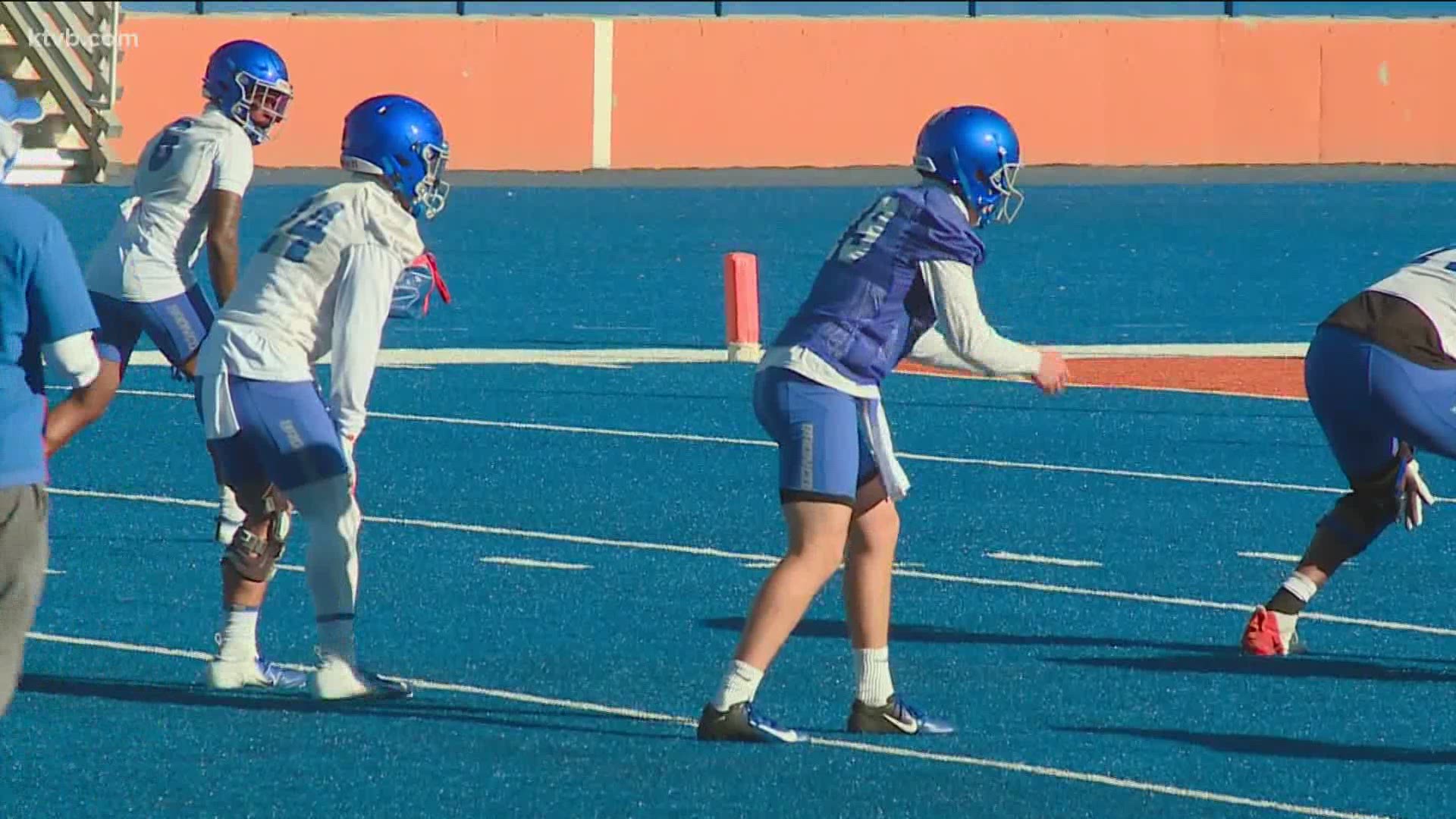 BOISE, Idaho — Going into the 2021 college football season, Boise State has two quarterbacks with starting experience, either of which would be an instant starter on many teams throughout the nation.

As the Broncos work their way through spring drills, there is a battle brewing for that starting job.

"Well, obviously it's open, especially with the new head coach and new staff and we have some knowledge of these guys, but we want them to compete," said Boise State offensive coordinator Tim Plough.

The two key candidates for the starting job are Junior Hank Bachmeier and Senior Jack Sears.

Bachmeier has been the starter going into the last two seasons and holds and an 11-2 record in the games that he started. Bachmeier, who missed two games in 2020 due to COVID-19, has thrown for just over 3,000 yards and 15 touchdowns combined in his first two seasons.

Sears started two games last fall, but he only played in a couple of series in the start against BYU before leaving with an injury. In his first Boise State start - at Air Force on Oct. 31 - Sears completed 17 of 20 passes, throwing for 280 yards and three touchdowns.

Both quarterbacks acknowledged on Monday that it's strictly an open competition.

"I've learned very quickly since my freshman year that nothing is guaranteed here and anything can happen," Bachmeier said. "That's how it's been since I've been here. It's never a set deal, I've been fortunate enough to be the starter here the last two years, and I'm starting from ground zero again. Every single day, you're starting from ground zero and that's the way I approach it."

Like Bachmeier, Sears said he is relishing the competition.

"It's always nice to hear it's an open quarterback competition and I'm approaching it the same," Sears said. "I just love to compete and go out there and show what I can do and obviously we both want to win the job, but let the best man win."

Bachmeier, Sears, and the rest of the team's quarterbacks are still learning Plough's new offensive system. Both praised the new OC and the job he's done early on since arriving on campus.

"Coach Plough is an extraordinary football mind," Sears said. "He knows his system, he can answer any question, he's very decisive. I think how much control he has on the system, how much knowledge he has of it, allows him to be free and allows us to learn the system a lot faster."

Added Bachmeier: "He's really unique, I really like the way he approaches things. I'm getting a lot more comfortable with him, he's brand new, this is my third offensive coordinator in three years, but I really like him a lot so far."