The backup quarterback flashed his potential when he stepped in for Brett Rypien in 2018 against Troy, but injuries largely left him sidelined since. 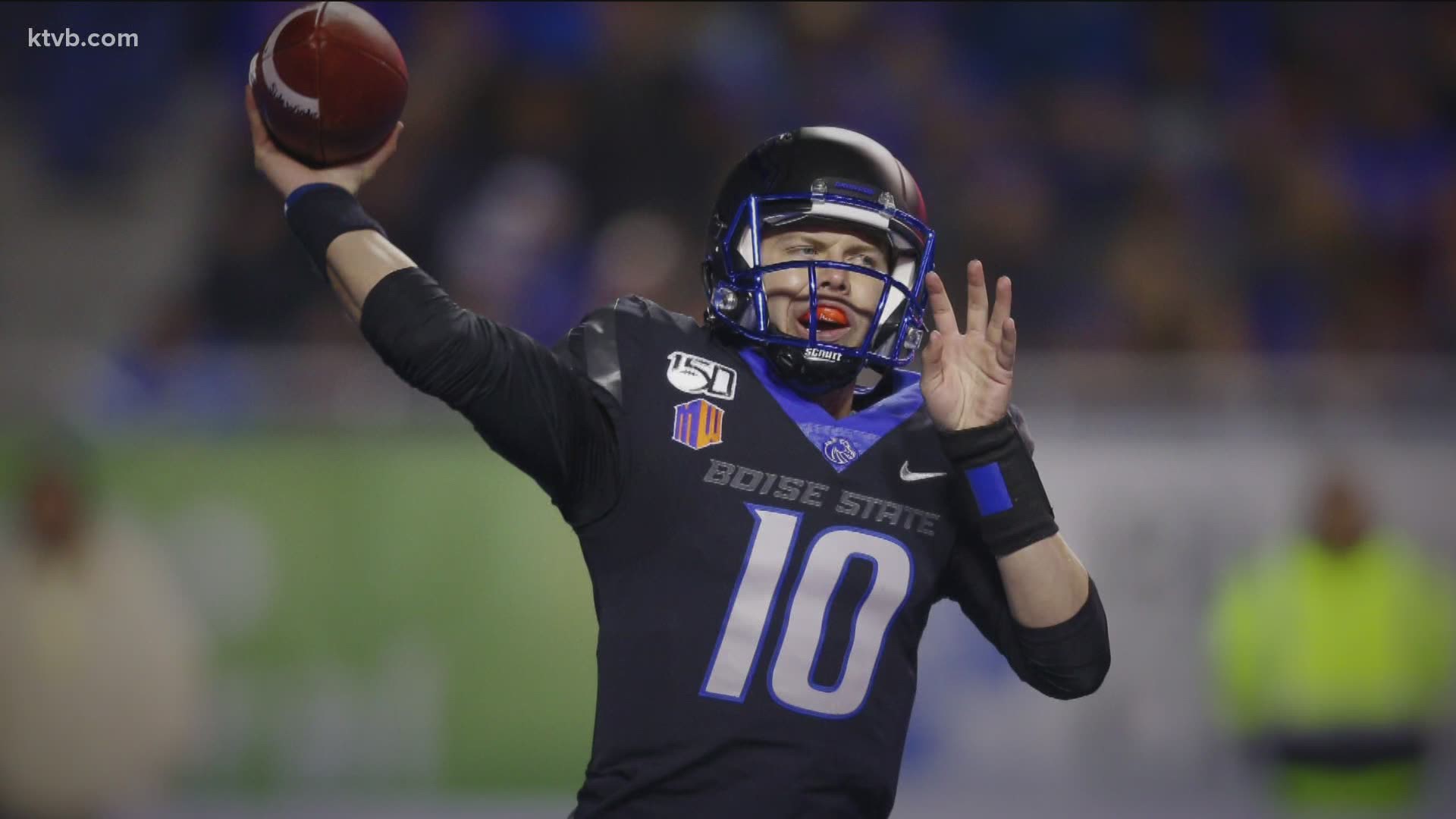 BOISE, Idaho — Quarterback Chase Cord showed Bronco Nation his potential as heir to Boise State's offense when Brett Rypien would eventually leave when he made his second snap under center and scored a touchdown on a 44-yard run against Troy in 2018.

Since then, the quarterback has been plagued with injuries that have made him miss three of the last spring camps. Earlier this week, he announced that he has left the football program and is strongly considering a medical retirement from playing.

The promising quarterback dealt with a torn ACL in 2018, which eventually led to freshman quarterback Hank Bachmeier taking over as the starter entering the 2019 season. He injured his knee and throwing shoulder during the season, which paved the way for quarterback Jaylon Henderson to lead the Broncos to the 2019 Mountain West Championship.

Leading into the 2020 season, Cord was still rehabbing his injuries but the pandemic also made it hard for him.

Cord told KTVB Sports Director Jay Tust in an exclusive interview, "Come fall camp, it came to a point where it was tough to show up and be physically sharp working through all the rehab and the injuries," he said. "So I, you know, I talked to coaches and trainers, and I wanted to move in the direction of medically retiring."

He added that he was quarantined five separate times, for a total of 70 days, due to contact tracing between fall camp and Wyoming on Dec. 12, the last game he dressed for as a Bronco.

Moving forward, Cord said he may get back into football as a coach but doesn't regret how his time as a Bronco went.

"At this time, I'm working to get my undergrad, graduating in May, but I'm planning on going back to Arizona being around my family around my girlfriend, and potentially getting into coaching or being somewhere in sports," Cord said. "My college career hasn't been quote-unquote ideal, but I've learned so much about myself about football about the kind of approach in different ways, and all the relationships that I've developed here have been unbelievable. I don't regret it for a second."