After a narrow loss to BYU in 2019, the Broncos want revenge against the No. 9 Cougars in Friday's rivalry game

In 2019, the Cougars played spoiler in Boise State's undefeated season hopes. Now, BYU is ninth in the country so will the Broncos enjoy sweet revenge on Friday? 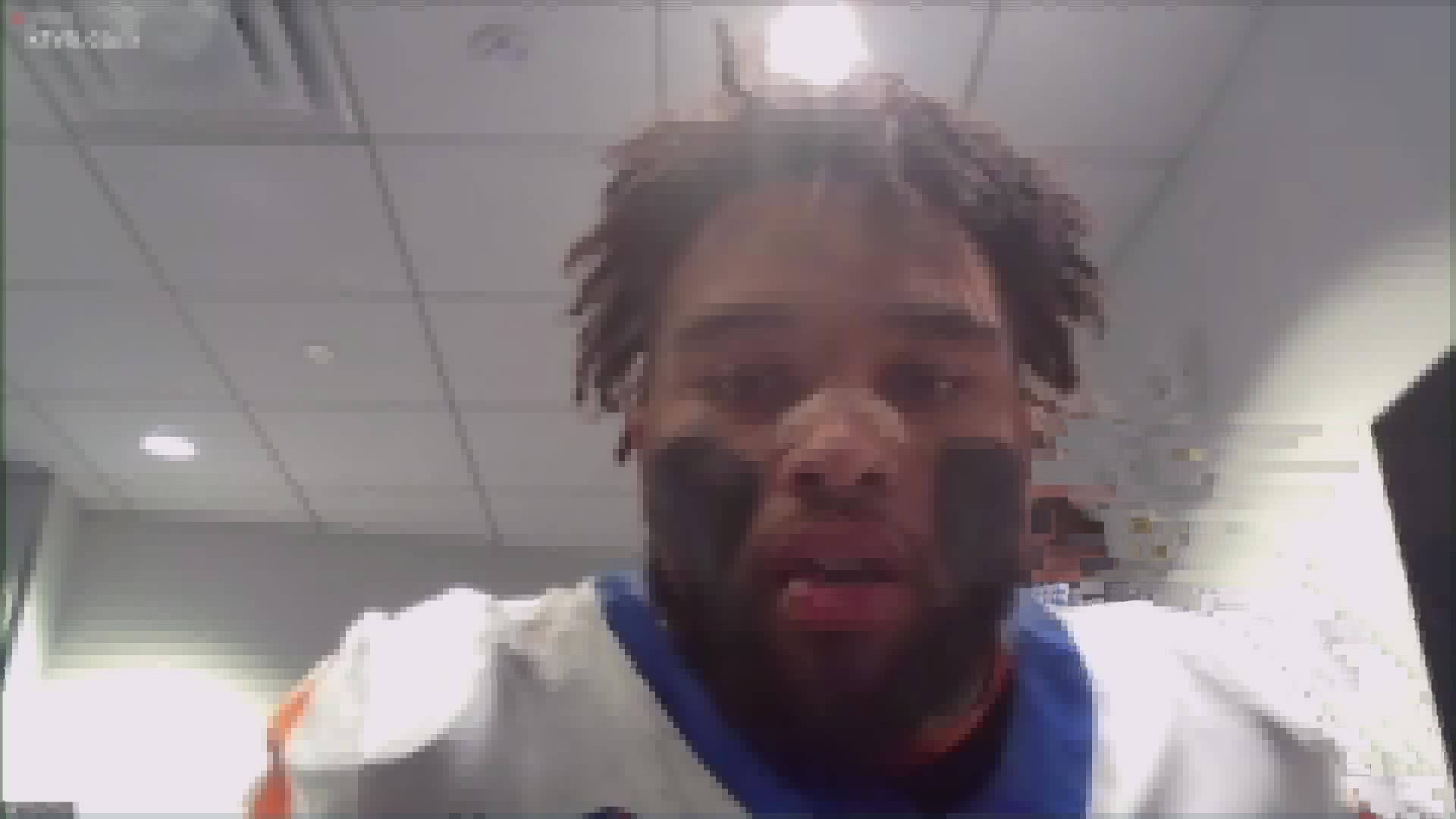 In addition to their long-held mantra of defending The Blue, the Broncos will have extra motivation when BYU comes to town on Friday.

When the teams met in Provo last year, BYU handed No. 14 Boise State its lone loss of the regular season. The 28-25 Cougars win snapped a three-game losing streak to the Broncos dating back to 2015.

Now it's the Broncos who would love to knock BYU from its perch in the polls.

Boise doesn't lose on the blue turf and they will want revenge from last season. The Broncos are currently 2-0 with wins over Utah State and Air Force, and also ranked in the top 25. Boise would love nothing more to do to the Cougars in Boise what BYU did to them last year in Provo. There is a lot of talk about New Year's Six invites and undefeated seasons for BYU, but national pundits seem to be forgetting about this game in Boise. And if BYU plays like they did against WKU you can say goodbye to those undefeated season hopes.

The Broncos began the season unranked in both the AP Top 25 and the Amway Coaches Poll. Now two games into the season and they are ranked No. 21 in the AP poll and No. 23 in the coaches poll.

The G5 teams currently ranked ahead of the Broncos are No. 6 Cincinnati, No. 15 Coastal Carolina, No. 16 Marshall, and No. 18 SMU. Liberty University is ranked behind Boise State at No. 25 in the AP poll.

Cincinnati (5-0) is in the driver's seat when it comes to earning the New Year's Six berth. The Bearcats have five games left on their schedule and will be favored in each one.

If the Broncos hope to play on or around New Year's Day, they'll need some help in the form of key losses by several teams ahead of them.

It's worth noting here that BYU is independent, so while the Cougars are currently ranked No. 9 in both polls, they are not guaranteed a spot in a New Year's Six bowl should they win out.