Boise State football: A guy who knows what it’s all about 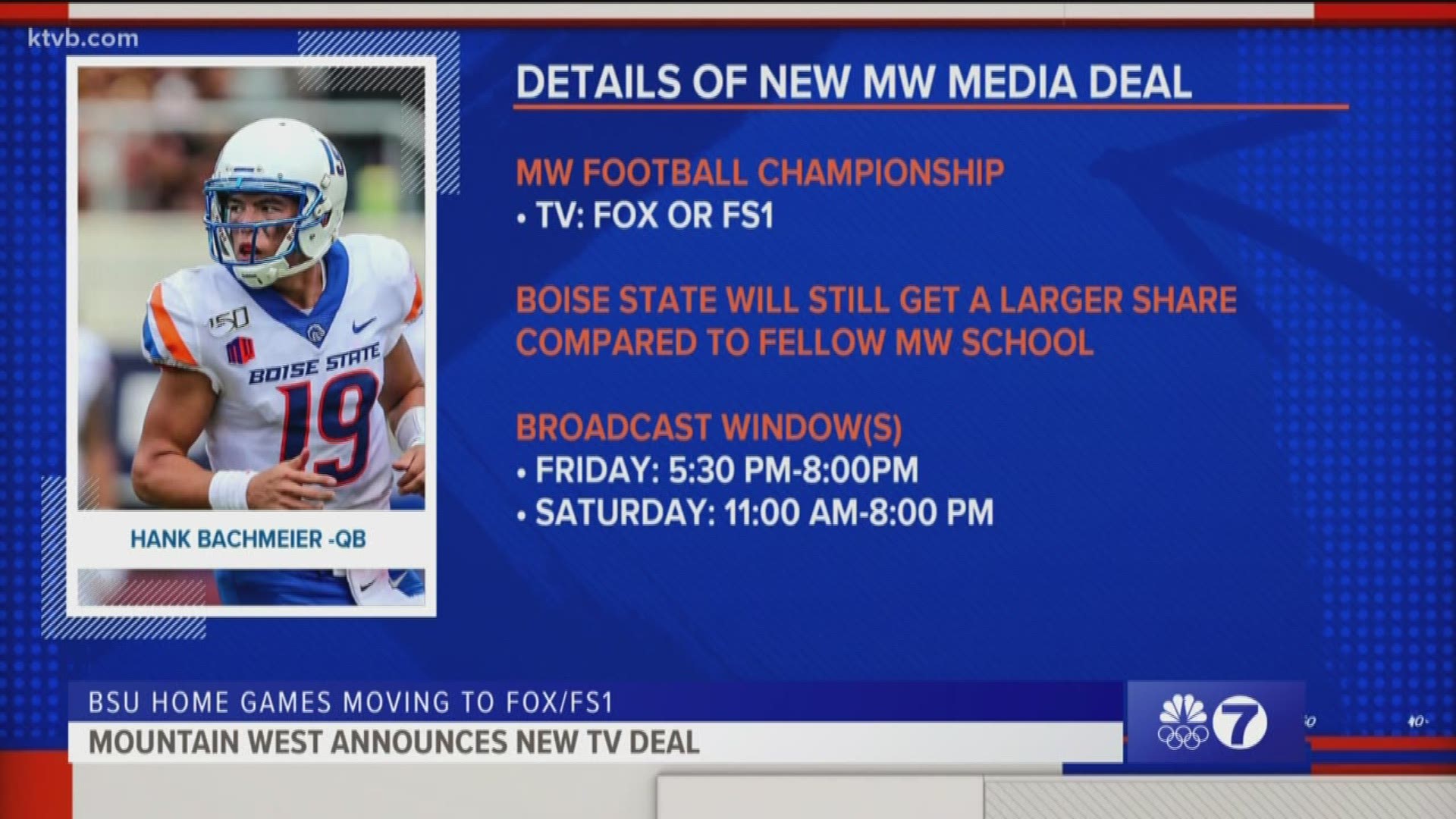 I always felt like Matt Miller had unfinished business at Boise State.  His senior year ended unceremoniously with a ligament injury in his leg that finally put him on the shelf for good at the end of September in 2014.  At that point Miller was already the Broncos’ career receptions leader with 244 catches.  How many more would he have had with nine games left that season?  Now Miller gets to oversee other Boise State pass-catchers gather numbers as he returns to his alma mater as wide receivers coach and passing game coordinator.  Miller well-versed in the Broncos’ M.O., having spent three seasons (plus a redshirt year) under Chris Petersen, and one under Bryan Harsin.  He’s humble, disciplined and knowledgable.

Miller brings great coaching experience from his four-year stint at Montana State (less than two hours from his hometown of Helena).  Miller toiled under coach Jeff Choate, the former Boise State assistant, who promoted him to offensive coordinator and quarterbacks coach at MSU midway through the 2018 campaign.  The Bobcats then made the FCS Playoffs each of the past two seasons.  Miller was also recruiting coordinator at Montana State—do not forget that piece of the puzzle.  He has history here.  It’s hard to forget Miller’s first collegiate touchdown catch, opening the scoring for the Broncos in the 35-21 win over Georgia at the Chick-Fil-A Kickoff in Atlanta in 2011.  Partly because it was the 100th TD pass of Kellen Moore’s career.

LOCAL HERITAGE OF THE SHRINE GAME

With Boise State’s John Hightower getting ready for what’s now called the East-West Shrine Bowl tomorrow in St. Petersburg, we reflect on the days when it was big—and fans really turned out.  I’ve always liked Boise State’s history in the East-West Shrine Game.  It was the first major all-star game to invite any Broncos during the Division II days, beginning with the late Don Hutt in 1974.  Of Boise State’s representatives over the years,11 have made NFL: Charles Leno Jr., 2014; Tyrone Crawford, 2012; Brandyn Thompson and Winston Venable, 2011; Daryn Colledge, 2006; Quintin Mikell, 2003; Matt Hill, 2002; Dempsy Dees, 2001; Dave Stachelski, 2000; and, last but not least, Cedric Minter and David Hughes, 1981.  Brett Rypien played in last year’s East-West Shrine Game and is still waiting for his first NFL snap.

You could have a Bronco and a Coyote playing alongside each other on the offensive line in the NFLPA Collegiate Bowl Saturday at the Rose Bowl.  Set to represent Boise State is John Molchon, who could sneak into the tail end of the draft this spring.  Molchon professes to be healthy after playing through on a broken foot during the fall.  College of Idaho’s Josh Brown will also be in uniform Saturday.  The 6-7, 305-pound Brown was a consensus NAIA All-American this past season, leading the Yotes to an undefeated regular-season and a Frontier Conference title.  He is one of only four non-Division I athletes selected to play in the game.

RELATED: Boise State basketball: All have the Broncos’ attention

In one fell swoop Thursday, new Dallas coach Mike McCarthy confirmed that not only will Kellen Moore be retained as offensive coordinator, he’ll also contine to be the Cowboys’ play-caller.  “I love calling plays,” McCarthy told SI.com last week.  That comment had a lot of observers assuming he’d keep doing that in Jerry World, especially since he had called plays for most of his 13 years with the Packers.  But McCarthy obviously likes Moore’s mind.  "I wanted to make sure we were able to capitalize on what has been established here," McCarthy said in an ESPN.com story.  "Between us we can take this offense forward another step.”  The Cowboys led the NFL in total offense this season under Kellen.

SEASON AT A CROSSROADS

Boise State men’s basketball was supposed to be much improved this season.  To be sure, the record is—even at 11-8 with losses in three of the last four games.  A real sign of recovery would be a 20-win season, a level the Broncos had reached for six straight seasons before the 13-20 disappointment last winter.  There are 12 guaranteed games left on the schedule (including the first round of the Mountain West Tournament).  So Boise State will have to go 9-3 to assure itself of 20 victories.  That makes Saturday night’s game against Utah State in ExtraMile Arena rather huge.  An upset of the Aggies is essential.  The other issue is the conference tournament—the top five teams in the regular season get first-round byes, and the Broncos are currently in eighth place.

What is this curiosity known as the 2019-20 Utah State men’s basketball team?  The Aggies, the defending Mountain West Tournament champions and preseason conference favorites, were once ranked 15th in the country in December.  But USU is just 1-3 since the new year dawned.  On the other hand, the Aggies have wins over LSU and Florida in their portfolio.  Neemias Queta, the 7-foot handful from Portugal, has played only seven games this season due to injury, but he’s active now (and Boise State doesn’t match up well against him).  Utah State is rested for its test in Boise, enjoying this week’s Mountain West mid-week bye after taking down Nevada 80-70 last Saturday in Logan.  Queta had 19 points and seven rebounds in that one.  Lest we forget Sam Merrill…

Boise State’s Braydey Hodgins has been in single-digits in scoring in six of the past seven games.  That has drawn out Hodgins’ inevitable march toward 1,000 points.  But you’d think she’ll get it Saturday when the Broncos visit Utah State.  Hodgins doesn’t need double-figures now, as she’s just seven points away from becoming the 22nd thousand-pointer in Boise State history.  On the men’s side at College of Idaho, the Coyotes try to extend their winning streak to 12 games with matchups Saturday and Sunday against Walla Walla at the J.A. Albertson Activities Center.  The Yotes are doin’ it with defense.  On Wednesday night, Eastern Oregon came to Caldwell averaging a whopping 98 points per game and left with a 67-58 loss.

RELATED: Kellen Moore: Ah, to be a fly on the wall

The standings say the Idaho Steelheads should be solidly favored over Tulsa, especially in CenturyLink Arena.  But the Oilers upset the apple cart Wednesday night in a 4-1 victory.  The Steelheads are in second place in the ECHL Mountain Division with a 22-13-5 record.  Tulsa is in sixth with a 17-21-3 ledger.  The two teams face off twice more this weekend.  On the PGA Tour, Troy Merritt needs a whale of a second round to make the cut at The American Express (the one-time Bob Hope Desert Classic).  The former Boise State star opened with a one-under 71 Thursday at PGA West—better than what he carded last week at the Sony Open in Hawaii—but he’s tied for 95th.

The NBA issues an 11-game suspension to Chicago Bulls forward Dennis Rodman for kicking cameraman Eugene Amos in the groin during a game at Minnesota.  After a missed free throw, Rodman went after the rebound and tripped over some camera equipment that was sitting just over the end line.  Upset about his fall, he proceeded to kicked Amos.   Rodman agreed to a $200,000 settlement with the cameraman, so if you factor in the 11-game suspension without pay, the incident cost Rodman over $1 million.