Reporters for the newspaper say the senator's nap lasted about 15 minutes. 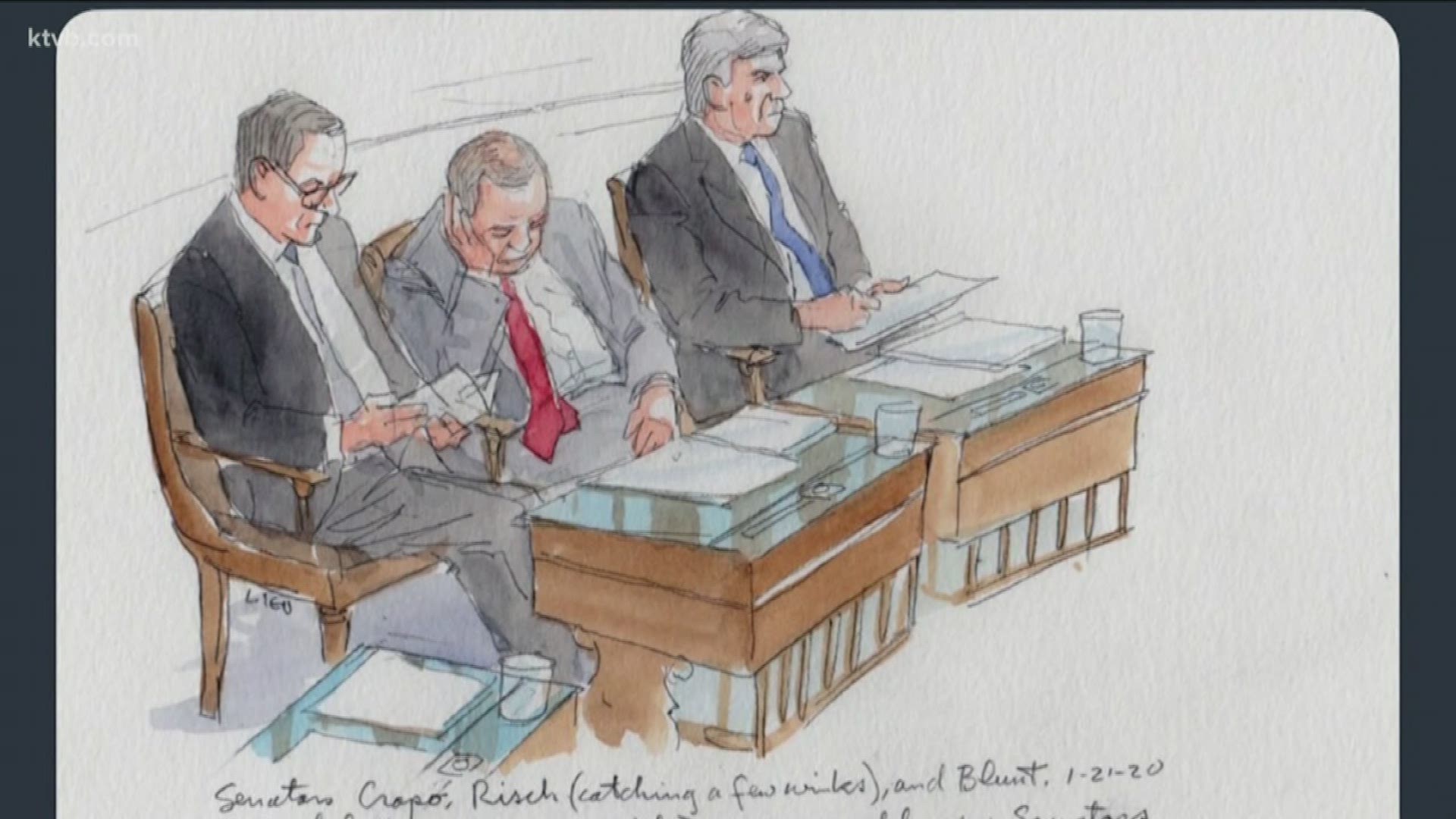 Risch, the chairman of the Foreign Relations Committee, nodded off about four hours into the hearing according to reporting from the newspaper, dozing off a little after 5:30 p.m.

Risch "could be seen from the press gallery motionless, with his eyes closed and head slumped against his right hand," and remained asleep for about 15 minutes, the Post reported in its live updates online.

Video and still cameras, with the exception of C-Span, are not allowed in the Senate chambers, but Art Lien, a courtroom sketch artist working for the New Tork Times, captured the scene.

"Throughout the day, the C-Span cameras were primarily trained on those speaking at the podium, which allowed some members to rest their eyes out of view," the New York Times reported.

Late Wednesday night, Risch told KTVB's Mark Johnson that he wasn't the only one to doze off during the long proceedings.

"The media is keeping a list of those they believe dozed off and I think that list is up to about 20 Republicans and Democrats," he said. "Look,  you can't deny that, you sit there for 11 hours on something like that. Do you slip off? Maybe. It is what it is, we are human beings."

When asked if anyone was second-guessing the decision to not allow coffee during the hearings, Risch quipped: "I don't know about second guessing, but the first guessing wasn't very good."

A spokesperson for Risch's office earlier told the Wall Street Journal that the senator was merely listening "with his eyes closed or cast down."

The senator told KTVB in December that he believed that people needed to take the proceeding "seriously" and "somberly."

"We will do that we'll listen to the evidence and then do the right thing," Risch said in that interview. "I'm going to keep an open mind."