The unwritten rules of the Greenbelt: 'It's kind of the Boise way'

The Greenbelt is a playground of official and unwritten rules but all connect to the principle of common courtesy. 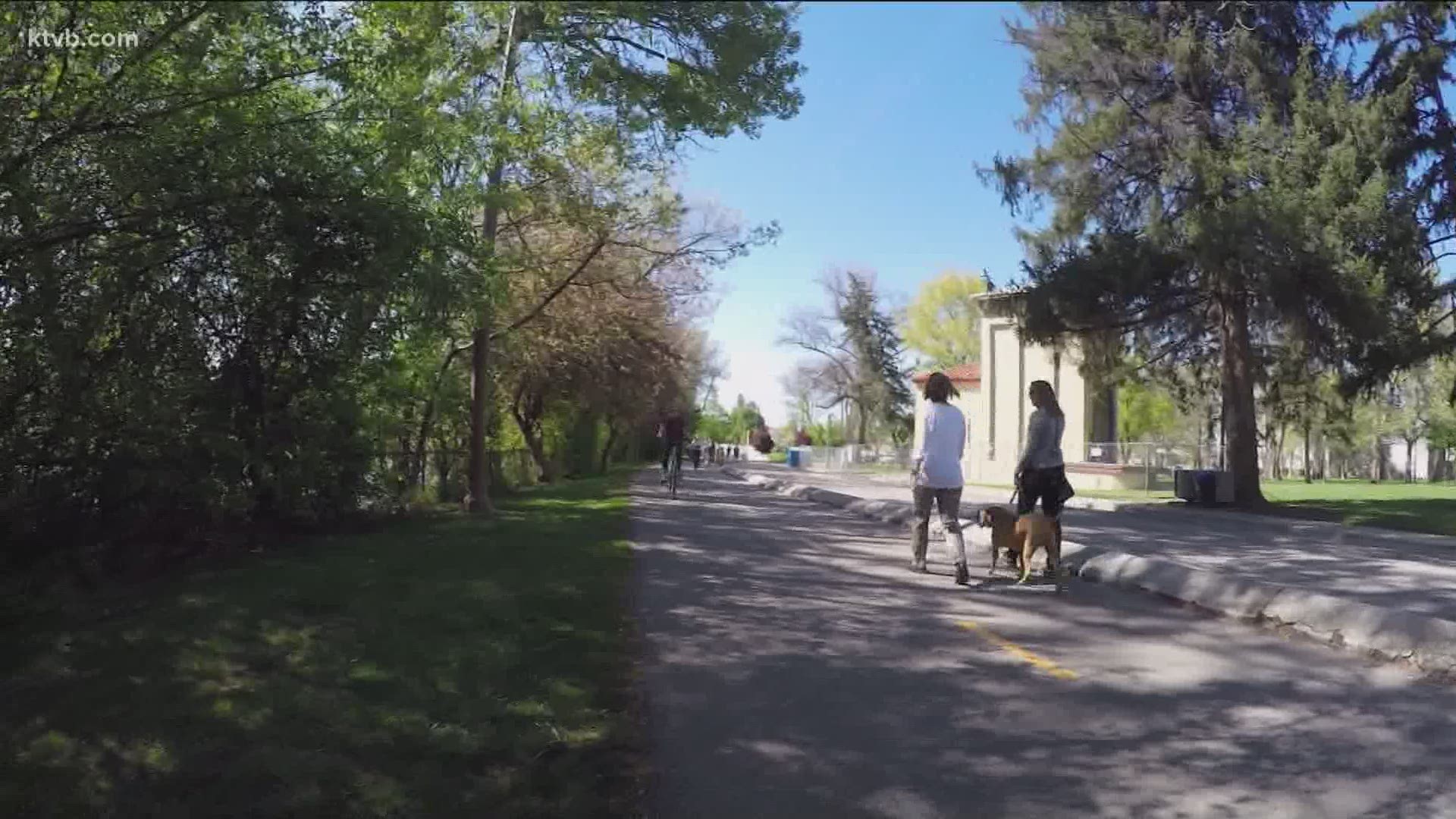 BOISE, Idaho — With temperatures routinely in the 90’s this time of year, many are leaving the house and enjoying the outdoors, including the Boise Greenbelt.

Boise Parks and Recreation maintains 25 miles of the Greenbelt but there are no official, written rules for people to follow.

Pedestrians have the right of way, but they should keep right on the path to allow faster traffic, such as bikers, to pass safely, according to Superintendent of Parks and Recreation Jennifer Tomlinson.

Erik and Endicott, who are both Greenbelt users, told KTVB that they walk single file when they hear a biker approaching.

Bikers are expected to notify when passing on the left with a verbal signal or bell ring.

“Being nice and courteous as you’re passing, it’s kind of the Boise way,” Tomlinson said.

Dogs are allowed, though they’re expected to be kept on a leash no longer than eight feet. Retractable leashes can be dangerous with passing traffic, Tomlinson said.

As for headphones, one of the more controversial topics, people are advised not to wear them but long as people can still hear a signal for those looking to pass, it’s okay.

“It’s a complaint we hear often from folks who are trying to pass and just trying to notify,” Tomlinson said. “A lot of time we get users who will just leave one in so they can hear on the other side when people are approaching them.”

Parks and Recreation is in the middle of a significant project to replace almost two miles of concrete on the Greenbelt, according to Tomlinson.

She asks users to respect the closure so crews can get the work finished and reopen those sections of the paths.

Currently, the stretch between 9th Street and the Ann Morrison Footbridge is closed.