The Idaho Conservation League is concerned about disturbance to the habitat on the island and public access. The River Club says public access will be improved. 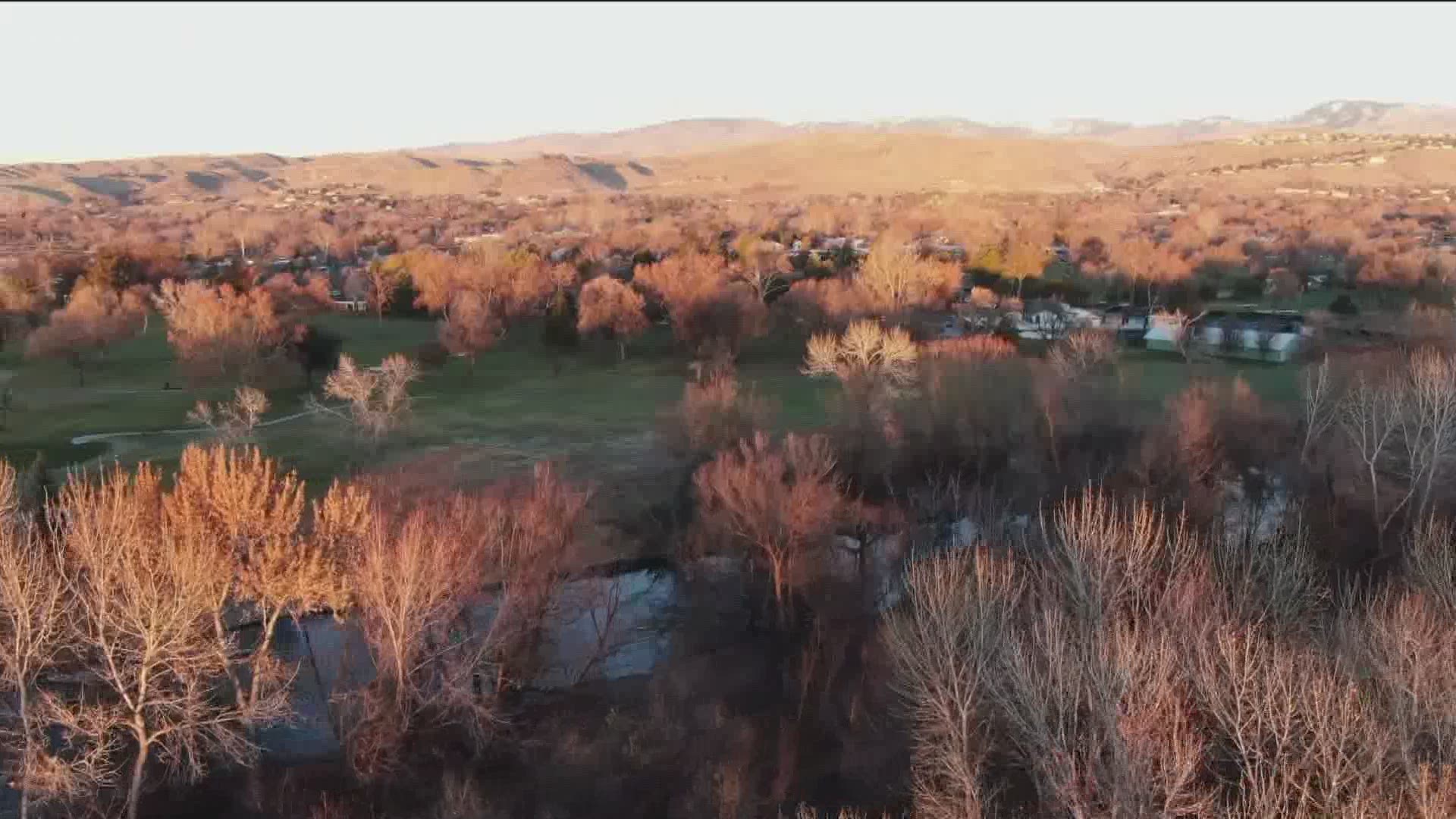 BOISE, Idaho — The River Club, a country club formerly known as Plantation, wants to take its name-change literally by expanding its golf course onto an island in the Boise River.

Planning is in its early stages and the public would still have access to the land, according to club spokesperson David Lehman.

The island in the Boise River is public trust land, meaning it must remain available for the public to access and use.

The Idaho Conservation League is concerned that if the island is privatized then people would lose access.

However, Lehman said they plan to improve public access to the land as part of the proposal.

“There is no option for the club to lease the island and then close it off from the public,” he said.

The proposal would place at least two holes on this island. This is part of a complete re-design by the club to improve playability and improve amenities of the course for members.

The proposal would also add improvements for public access.

“We'll build nature trails. We'll build an access point for people to go to the river and fish,” Lehman said. “Our plan is really not just to build a couple of golf holes out there but it’s also to improve the island so there is access for the public and that access is improved.”

The club is looking into this expansion mainly because of the possibility that road work could push State Street into the golf course.

“There is some uncertainty about what will happen to the front side of the course which is right now the 10th hole,” Lehman said. “Any modification to the course will require a re-design of the entire course.”

Jonathan Oppenheimer, a spokesperson for the Idaho Conservation League, said the ICL doesn't want the re-design to include the island.

“These public trust lands, we think really do need to be protected and managed to protect those public interests and so far, what we've seen, this proposal would not do that,” he said.

Oppenheimer just hiked to the island over the holiday weekend to get a feel for what is currently on the land.

“I saw at least four big blue heron that were out there,” he said. "The trees on it, it’s a classic black cottonwood forest that we see in a lot of areas along the Boise River.”

Any sort of development would disturb the natural environment - including wildlife - of the island. The club would need heavy equipment to dig the holes, fairways and sand traps.

“There is a lot of potential for disturbance here with heavy equipment and really changing the nature and look of this public land,” Oppenheimer said.

However, the plan is to try and limit the amount of disturbance to the island and try to keep most of the habitat the way it is.

“The vast majority of it will stay as it is now,” he said. “The current plan calls for about two-thirds of one acre to be disturbed as part of the design of the course.”

Oppenheimer is also concerned that the public would get the short end of the stick when it comes to access to the land compared to club members.

“Right along the Boise River, right along the Greenbelt,” he said. “This is a highly used and very important area for all the people of Boise.”

The River Club doesn't have an exact timeline on when this project could be completed. Oppenheimer is calling on the Idaho Department of Lands Board to add this proposal to their December meeting agenda as an information item so the public has a chance to weigh in.