As of Friday, the ski resort had 54 inches of snow, they’re expecting 50 more inches through Monday. 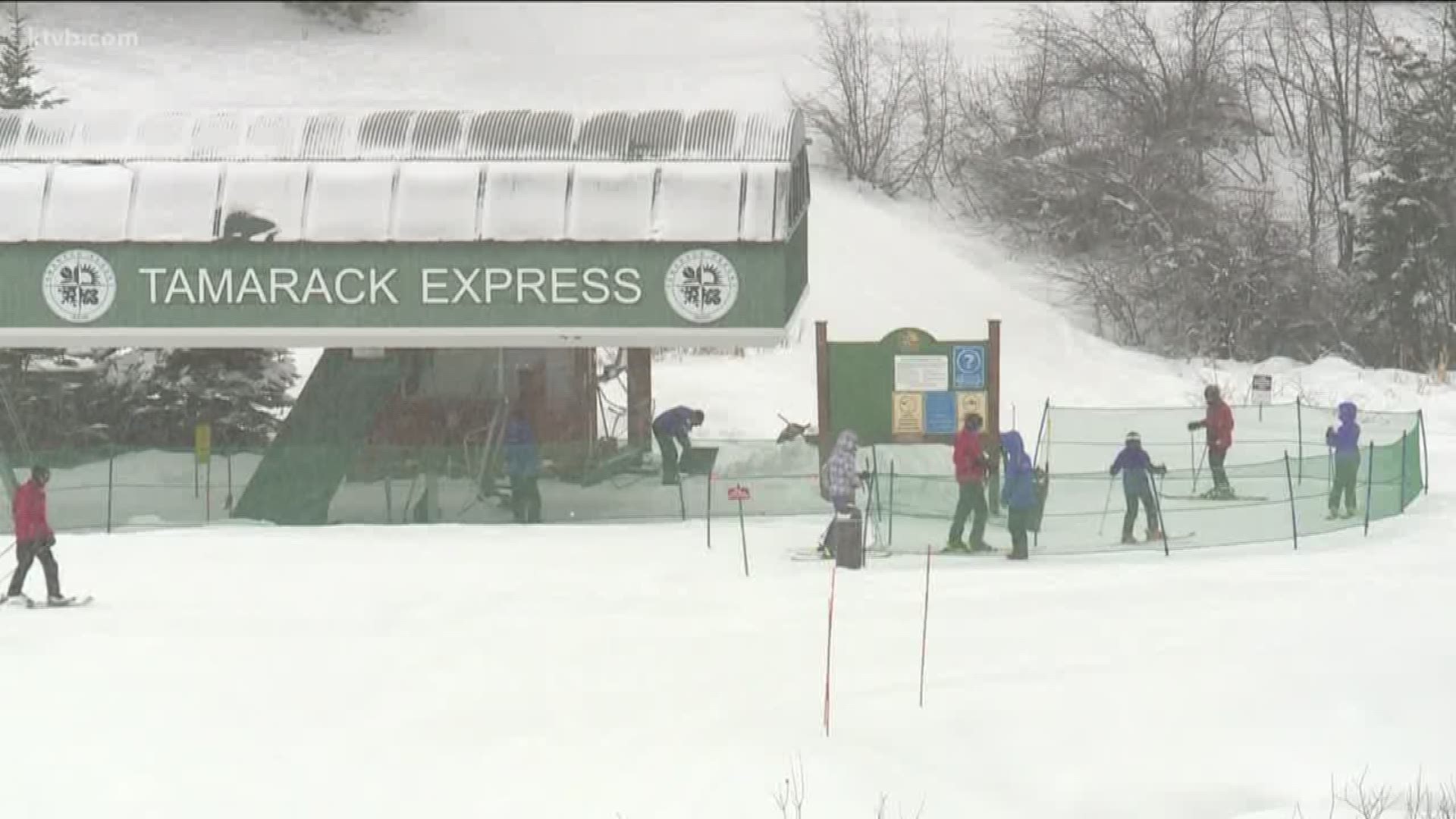 VALLEY COUNTY, Idaho — Strap on those skis and snowboards, ski resorts across Idaho are expecting fresh powder this weekend.

“Right now we have 54 inches of snow on our upper stake and we’re expecting 50 inches new on the top of our mountain through Monday,” said Tamarack's Director of Mountain Operations, Mike Lancaster. “That means powder is going to be great.”

At Tamarack, the ski resort is staffing up and getting ready for folks to hit the slopes.

“We take care of our avalanche mitigation, we have a great snow removal crew, we have skid-steer in the base area, we have shovelers, we have lift operators taking care of keeping their ramps clear of snow. We also use snowcats to groom the ramps and keep them easy to get on the lifts and off the lifts,” Lancaster said.

They’re doing that hourly. While also keeping an eye on the roads.

“We’re doing what we can to keep the roads clear and keep our parking lots clear and slip and fall hazards throughout the base area. We’ll be shoveling our walkways and taking care of hazard mitigation on the mountain,” Lancaster said.

But is there such a thing as too much snow?

Last winter, some ski resorts like Soldier Mountain shut down after it received more snow than it could handle.

Tamarack told KTVB that could be a concern, but it hasn’t happened yet and if it did, they’re prepared for it.

“We have never had so much snow where we couldn’t open,” Lancaster said. “It would come up if it were a safety hazard and we needed to at least shut down a certain part of the mountain, we would do so.”

He says the last time Tamarack saw that much snow was in February of 2019.