The new owner of Sunset Lanes said the two businesses will be completely separate but money from the marijuana dispensary will help revitalize the bowling center. 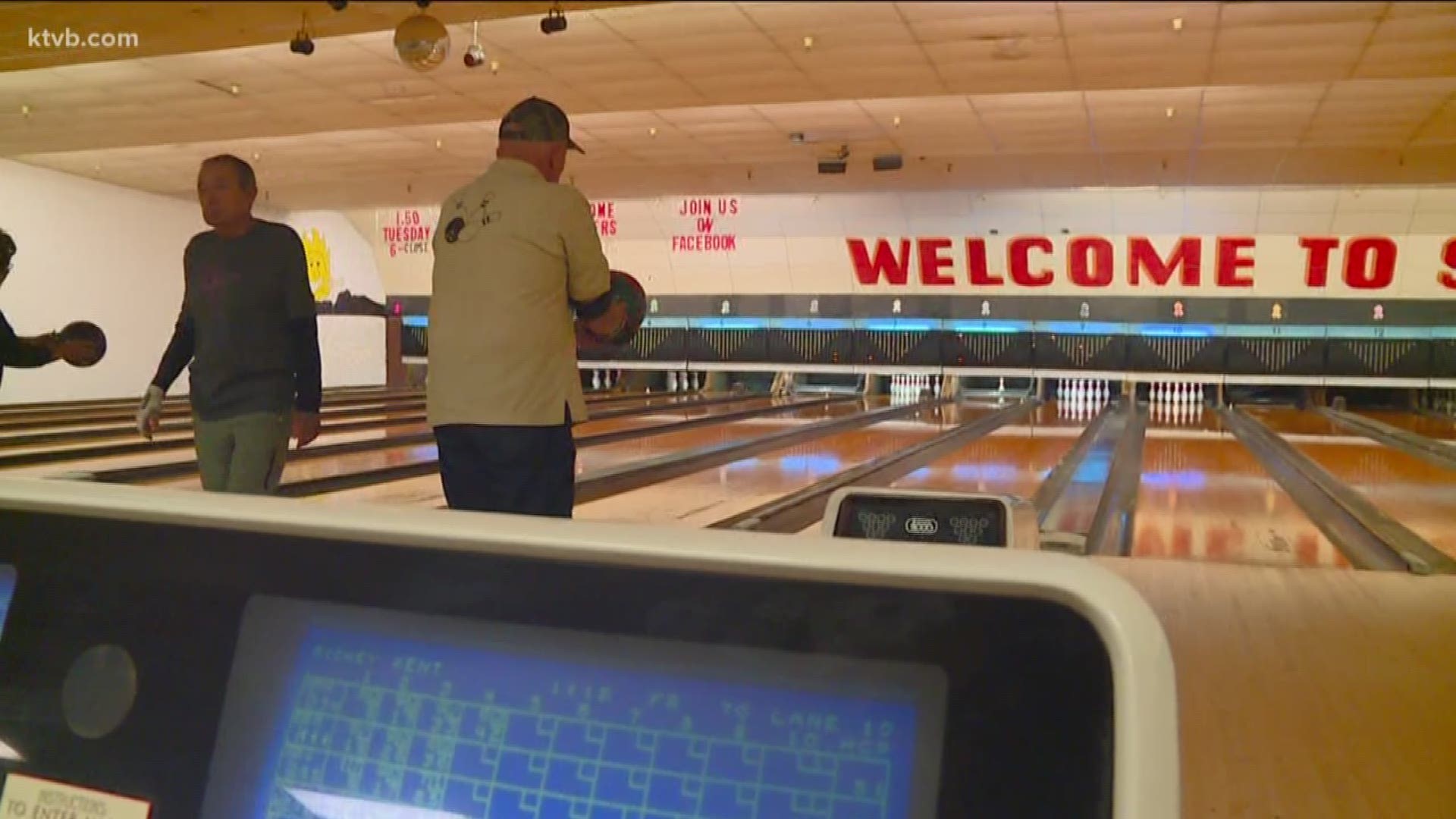 ONTARIO, Ore — Sunset Lanes in Ontario was on the verge of closing its doors over the summer until a new owner stepped in to hash out a unique business idea to keep things rolling.

When all of the changes are implemented, it won't be a completely traditional bowling alley. The center's new owner, Joe Dunne, plans to combine the bowling alley with a second business - a new marijuana dispensary.

Originally, Dunne was scouting multiple locations in Ontario to build the dispensary but after hearing Sunset Lanes was closing, he decided he could kill two birds with one stone.

“We had this really unique opportunity to come in and keep this place alive,” he said. “Really, it came down to a decision [for us] to focus on the community.”

Ultimately, Dunne said, it was a way to pay the community back for its support of his dispensary.

The bowling center has been around for more than 30 years but that didn't save it from struggling financially to stay afloat - and it's not the first bowling center to experience that problem.

“When you look across America right now, you see similar bowling alleys that are shutting down left and right,” Dunne said.

So more and more bowling alleys that are staying open are adding another type of business to the building or becoming a family fun center with different activities to keep the doors open.

Dunne eventually plans to go to that model and incorporate other activities, such as arcade games or laser tag.

Because Ontario lost both its city pool and golf course in the last few years, Dunne felt it was even more important to preserve the community's bowling alley.

“At this point we’re having more fun bringing the bowling alley back to life than we are building a pot shop,” he said.

RELATED: 'It's been an exciting wild ride': Ontario's first marijuana business set to open this week

Dan Cummings, Ontario's community development director, said he was a little skeptical when Dunne first approached him with the idea of combining the two types of business.

“When he first came to me and discussed it with me, I had a lot of the same concerns as a lot of people and I said, 'Do you really think you’ll be able to keep the people coming and supporting it with a pot shop right next to it?'" Cummings said.

But Dunne insisted it would be a success financially so Cummings moved forward with him on the plans.

While the money made at the pot shop will be used to help revitalize the bowling alley and keep it open, Dunne wants to be clear that the two businesses will not be intertwined.

A 16-foot concrete and steel wall is being put up to separate the bowling alley and the dispensary. There will be no doors or windows or any connection between the two.

Cummings said each business will have separate entrances and each will have a different address.

“There’s several dozen other dispensaries doing the same thing – taking a strip mall and partitioning off a piece of it so they can have a dispensary separating it, so it’s not unique,” Cummings added.

As far as any concerns about marijuana being smoked outside the shop with families or children around, Cummings said that's not an issue either because legally, people can only smoke marijuana in their homes - not in any public space.

"We want people to know that when they bring their families here, they’re not going to see any reference to the other business," Dunne said. "You can’t smoke weed out in the parking lot or anything like that – that’s the same for all dispensaries in [Oregon]. So I think with time people will realize that won’t be as big of a problem as they might think. These are two very separate and distinct businesses going on here.”

KTVB spoke with some league bowlers who were largely in agreement that adding on a dispensary didn't bother them if it helped keep the lanes running.

93-year-old Wally Kent has bowled at Sunset Lanes for more than 20 years and he says it would be a shame to see it shut down, so he doesn't mind having the dispensary next door.

“Let her come," Kent said. "We’ll take anything. Don’t bother me any."

According to Dunne, over the next few years, there will be multiple stages of improvements to the bowling alley, including revamping the lanes and getting a whole new scoring system.

The dispensary is expected to open between Thanksgiving and Christmas, and will be called Zion Cannabis.  The new name of the bowling alley is yet to be determined. Dunne said he would like community input on the name.