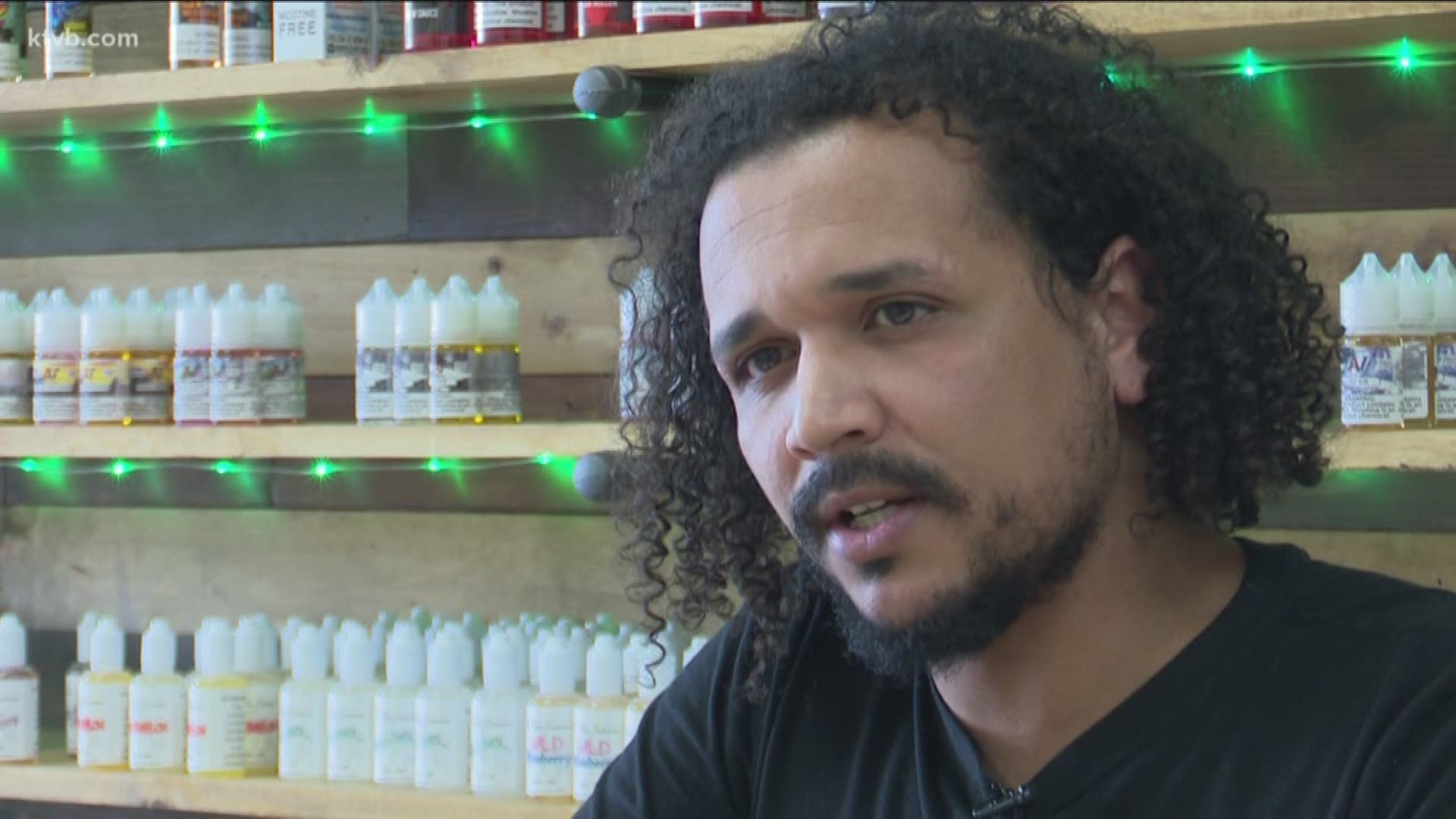 ONTARIO, Ore. — On Friday, Oregon Gov. Kate Brown issued a temporary ban on all flavored vape juices, reporting more than 1,000 people across the country are becoming ill due to vaping.

Right across the Oregon-Idaho border, both marijuana dispensaries and vape shops came to a general consensus on the ban - disappointment.

The broad ban would eliminate about half of Vape Place's inventory, according to the store manager, Jarrod Merchant.

"It's actually really disappointing," he said. "It will hurt us. It will. But nonetheless we're going to keep our doors open."

Merchant isn't just worried that the ban will affect business, he also worries that the ban will only increase vaping products on the black market - which is something that both professional vape shops and some health experts believe is the likely culprit behind people getting sick nationwide.

"A lot of the illnesses, from what I understand, has the vitamin E oil in it, which is not affiliated with vape liquid whatsoever," he said. "So the ban to me is slightly preposterous and I'm not quite understanding why they would do it in the first place."

Christine Payne, a long-time vape customer, shares Merchant's concerns and said as a former smoker, vaping has actually been better for her than cigarettes, so she doesn't support the ban.

"I think they're going overboard. I think a lot of is the same with cigarettes and alcohol and anything else – if a teen wants it they're going to get it and they're not getting stuff that is from a store, they're getting it off the street and they're putting things into vapes that you shouldn't put into vape," she said.

While vapes that contain 100 percent cannabis oil can still be sold, Oregon's ban does include any vaping additives and artificial ingredients, as well as cannabis vape cartridges.

That means some marijuana dispensaries will also have to pull some of their products off the shelves.

Burnt River Farms said about 40 percent of their vape stock would have to be pulled.

Shawn McKay, co-owner of the dispensary, said he hopes the ban will be better defined down the road and more thoroughly take into consideration the different types of vape.

Still, McKay said, he can understand why the governor might feel the ban was needed.

“I think it’s just the governor erring on the side of caution until we can learn more about these products," he said. "I think the vape cart industry as a whole is a fairly new industry and there’s a lot to be learned about it."

Both Vapor Place and Burnt River Farms agree that when it comes to any form of vaping, the important thing is for consumers is to learn about all the products.

“Just encouraging consumers to educate themselves as much as possible," McKay said. "This is a new industry – there’s a ton of information out there. So ask lots of questions. There are safe ways to enjoy this product.”