'It's been an exciting wild ride': Ontario's first marijuana business set to open this week

The store's opening comes less than a year after the City of Ontario lifted its ban on marijuana sales. 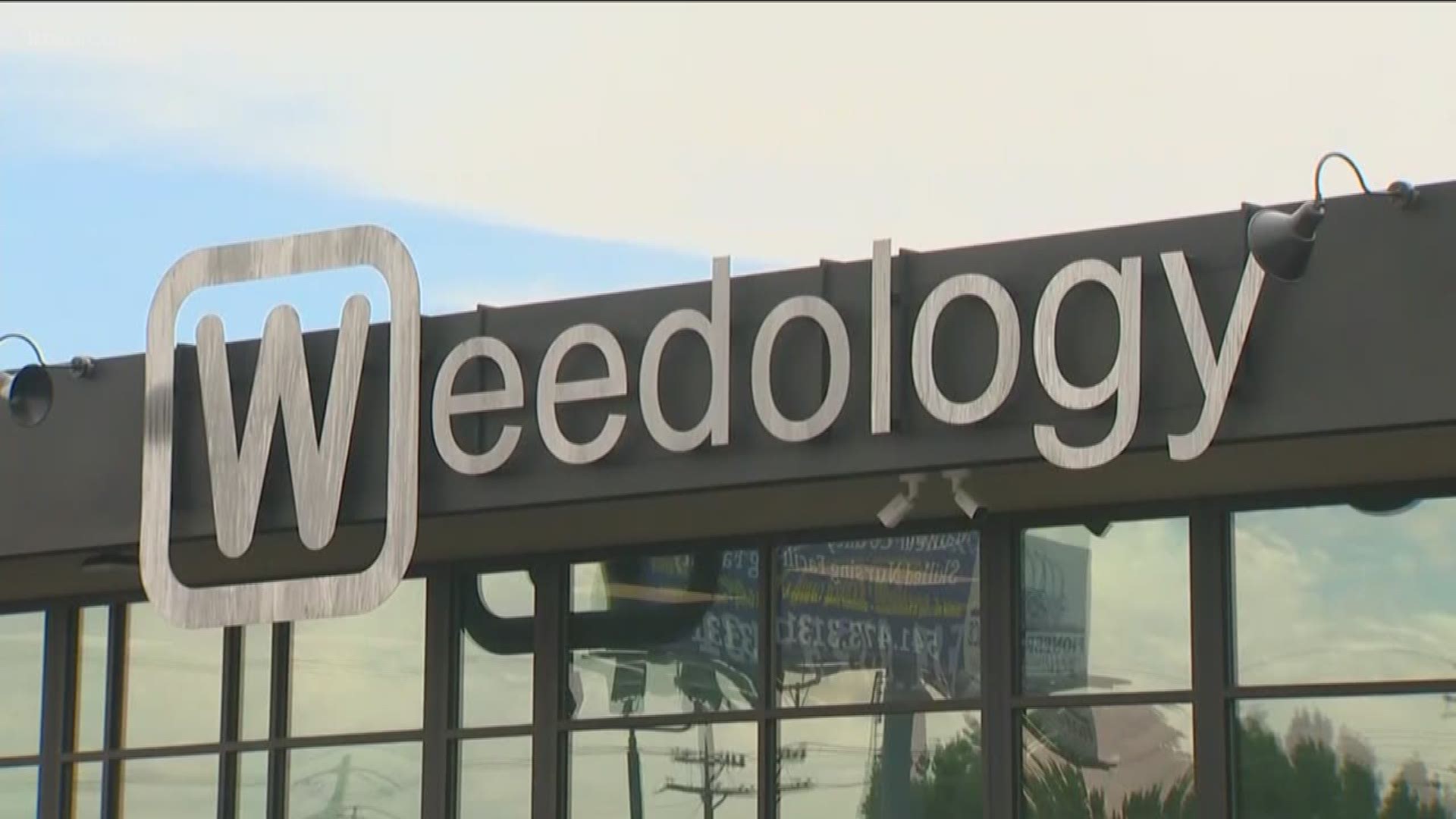 ONTARIO, Ore. — Less than a year after the City of Ontario lifted its ban on marijuana sales, the city's first pot shop is set to open this week.

Weedology, found right off of Interstate 84 and on the doorsteps of the Oregon-Idaho border, is expected to open its doors this Friday.

The city's first pot shop will have a variety of products on display after employees finish stocking inventory that started coming in earlier this week.

"It's been an exciting wild ride," Eric Lantz, the general manager of Weedology said. "This building has been here in Ontario for quite a few years, it's been a garage, a used car lot, an oil change place, a gas station and now this."

RELATED: Retailers apply to sell pot in Ontario: 'Ideally we'll be open in the next few months'

He says they're only able to sell to the customer once every 24 hours and a 3% sales tax on commercial marijuana will go towards the city.

Anyone visiting the store needs to be at least 21 years old and the state of Oregon limits how much someone can purchase at once.

For the city and community of Ontario, Angel, an Ontario resident, says this dispensary will be beneficial to the city.

"I think it'll bring a lot of revenue to the area and we need a lot more going on," she said.

Most people that KTVB spoke to say they support marijuana dispensaries, but Weedology’s general manager says not everyone is on board.

"It's nothing major it's just 'We don't like pot,' and 'Why is this coming to my town.' But overall the negative response has been very limited," Lantz said.

If you plan on visiting Weedology, it is still illegal in Idaho and you won't be able to take it back with you.

MORE: Marijuana laws in Idaho: What's legal, what's not and what does it take to face jail time?