Small but growing demonstration on State Street calls for justice, equality and safety

One organizer said it was good "to know that there are a lot of other people who agree with us... Even if it's just a honk and wave." 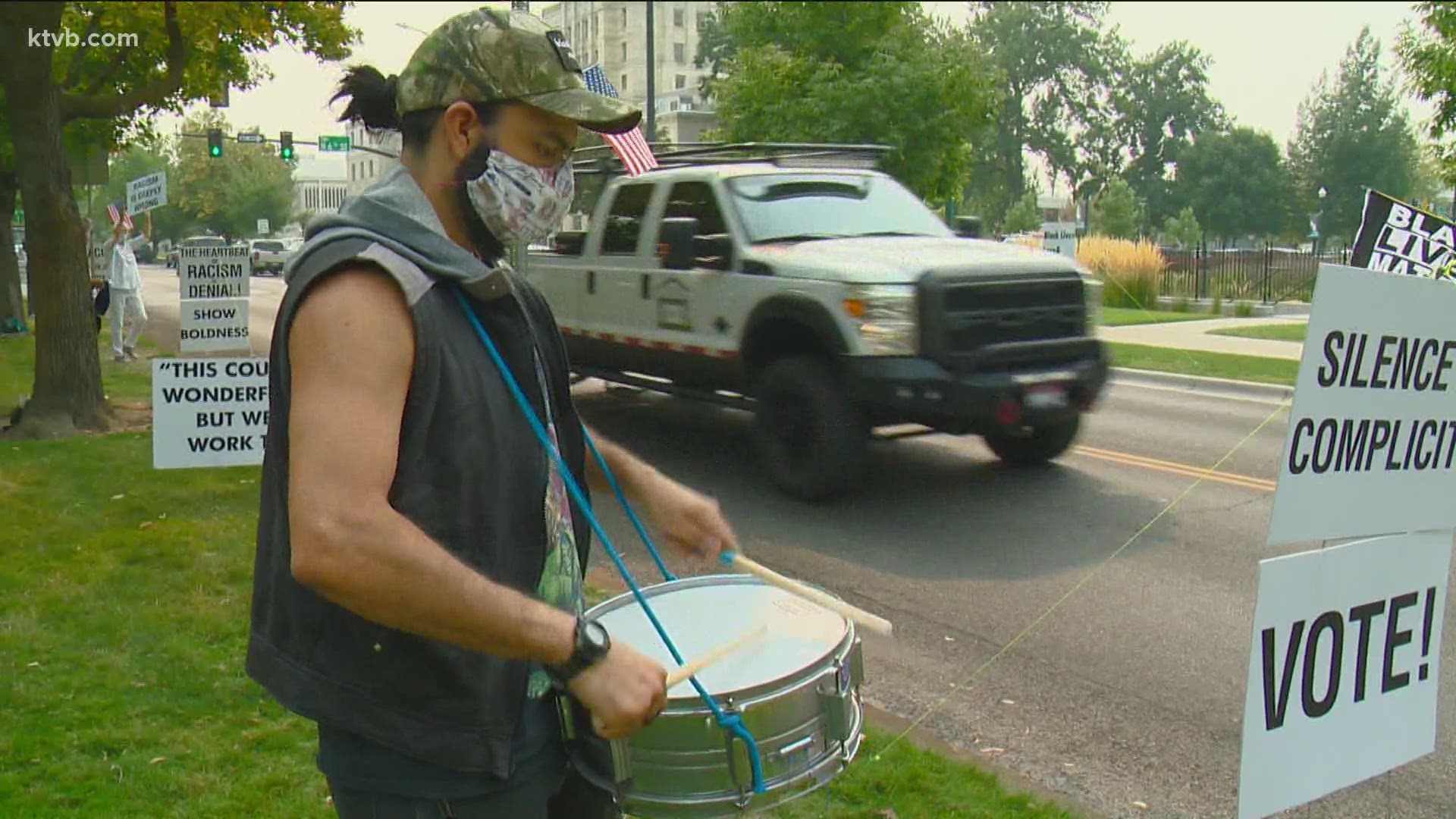 BOISE, Idaho — A small demonstration outside the Idaho State Capitol Building usually gathers around noon, ready to wave signs and ask drivers to honk, a lot.

It's part of the State Street Demonstration for American Values, which the group has been doing for the past 96 days and will continue to do up to Election Day.

One of the organizers, Susan Multanen, told KTVB on Tuesday that they started doing this right around the time George Floyd was killed by Minneapolis police.

She said that she and a couple of other people wanted to do something locally to show their support of equality and justice for all. So they made signs that read, ‘Honk for Equality’ and ‘Honk for Justice.' Every weekday, now going on Day 97, they stand there between noon and 1 p.m.

Multanen said anyone is welcome to join. Their group has expanded as the demonstration as gone on, now with up to 30 people showing up on a typical day.

"We started really wanting to raise awareness for justice and equality and safety for everybody, and it kind of, as I said, snowballed from there. Everybody had some other positive ideas they wanted to express, and now as November third gets closer you'll notice we have lots of signs about vote, so our criteria is kind of positive American values," she explained. "It's just really affirming because so many people smile and wave and honk, and to know that there are a lot of other people who agree with us and it makes them feel do something, too. Even if it's just a honk and wave."

Multanen added that while they have received some negative feedback, the positive reaction outweighs it.