Cathedral of the Rockies in Boise removes stained-glass image of Robert E. Lee

After removing the stained-glass, the church will now gift it to the Idaho Black History Museum to be displayed with historical context. 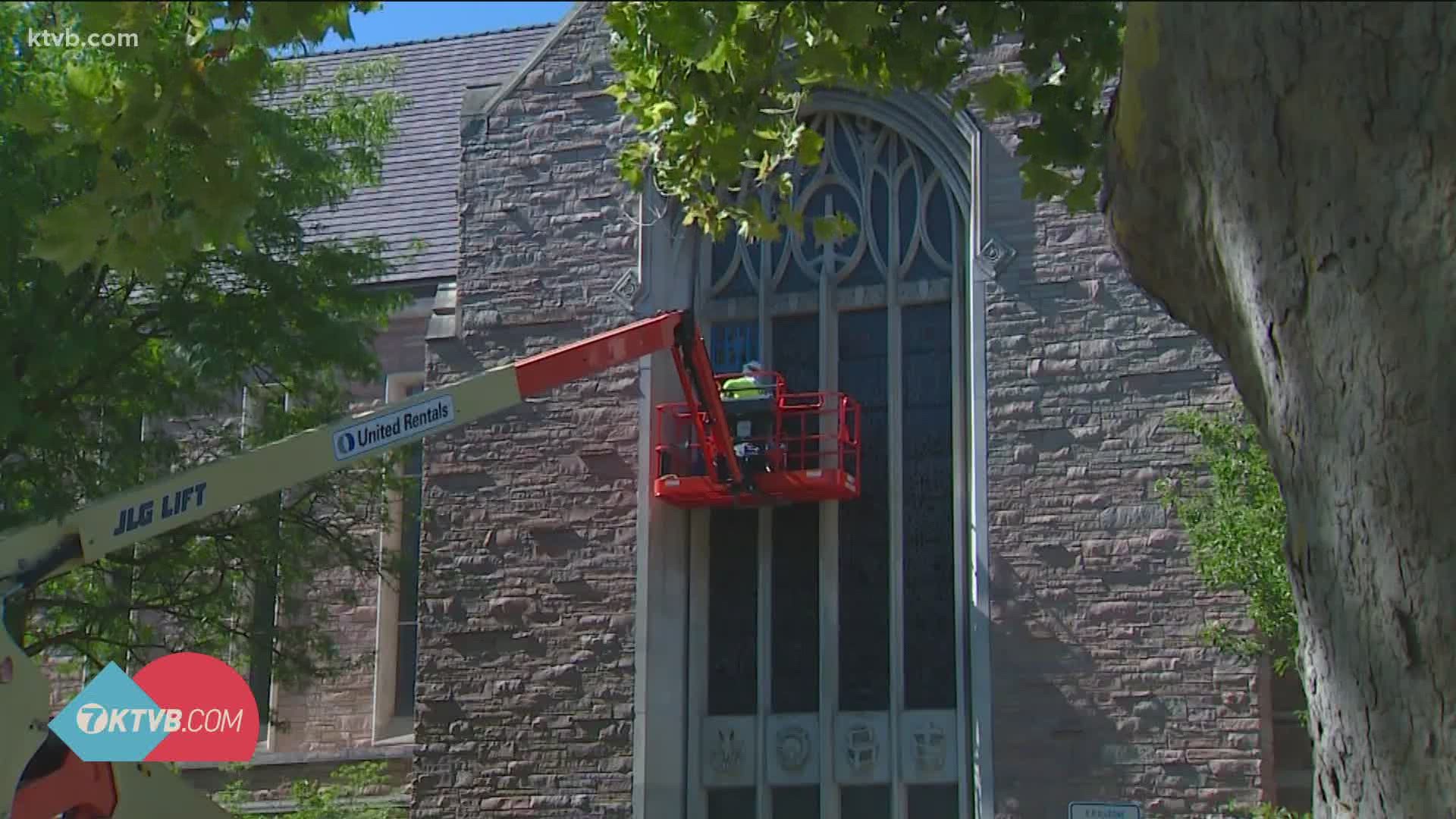 BOISE, Idaho — Back in June, KTVB reported on Cathedral of the Rockies in Boise and their intention to remove a stained-glass image of Robert E. Lee which hung inside the cathedral.

The church followed through on their promise and removed the image during a special service on Friday.

“There is no way that image belongs in the house of God,” said Bishop Elaine Stanovsky. “Robert E. Lee is not someone who upheld Christian values, at least in his leadership as a general in the confederate army defending slavery and working to protect and preserve it.”

Bishop Stanovsky represents the United Methodist Church in the Northwest. She said regardless of the reasoning for the image of Lee being a part of the Cathedral in Boise, there is a truth about confederate imagery that was put up decades after the Civil War.

“It was an attempt to change the narrative of the Civil War from being about slavery to being about states' rights," Stanovsky said. "And that’s just a whitewash of the reality."

During a deconsecration service, Church leaders confessed and repented for the image that looked over the cathedral since the 1960s.

The Church is now gifting the stained glass to the Idaho Black History Museum.

Phillip Thompson, Executive Director of the Idaho Black History Museum, said it is a welcomed action.

“Less conversation and more of what we saw today. Real intangible, palpable action,” Thompson said. “We are seeing tangible, palpable acts that are uncomfortable and especially, I can’t stress it enough, in a holy space when there is an adherence to how we’ve always done things.”

For him, the action is much more than a formality.

“To see it finally come to fruition I was moved for a lack of a better word and I hope it’s the first of many because it will allow us the opportunity to move forward," Thompson said. "And us taking ownership of it here at the museum affords it an opportunity for it to be utilized for something positive and not to desecrate something that was in a holy space."

On the backdrop of historical context, the action is powerful and emotional, especially for people like Thompson's mother, Sen. Cherie Buckner-Webb.

“This is a great day in the life of this church and in our community as we united to dismantle the vision and racism in Boise. We give thanks for this day and for those who lead and by their actions that affirm the sanctity of all mankind,” said Buckner-Webb.

Thompson explains some of the emotions his mother felt.

“[She] never imagined seeing such a thing because she came up in the era when certain churches didn’t allow black people to go, you couldn’t go to a certain person's birthday party because you were black," Thompson said. "I want you to sing at something but I can’t invite you because you are black."

Thompson and Church leaders agree this isn’t the end all be all. There is more work to be done.

“The first part of repentance is to say what you did wrong and the second part is to get it right," Stanovksy said. "So that’s the hard work that is before us."

Thompson hopes more action in Boise and beyond continue.

“We’ve been talking since the ’60s, please excuse my skepticism in thinking that talking is really going to fix anything," Thompson said. "There has to be executable action accompanying those talks or precipitated by those talks to rectify whatever is wrong."