Poison hemlock may look harmless, but it's actually deadly: What you need to know

The plant can resemble carrots, fennel or dill, but the most identifying characteristic is the purple spots on its stem. 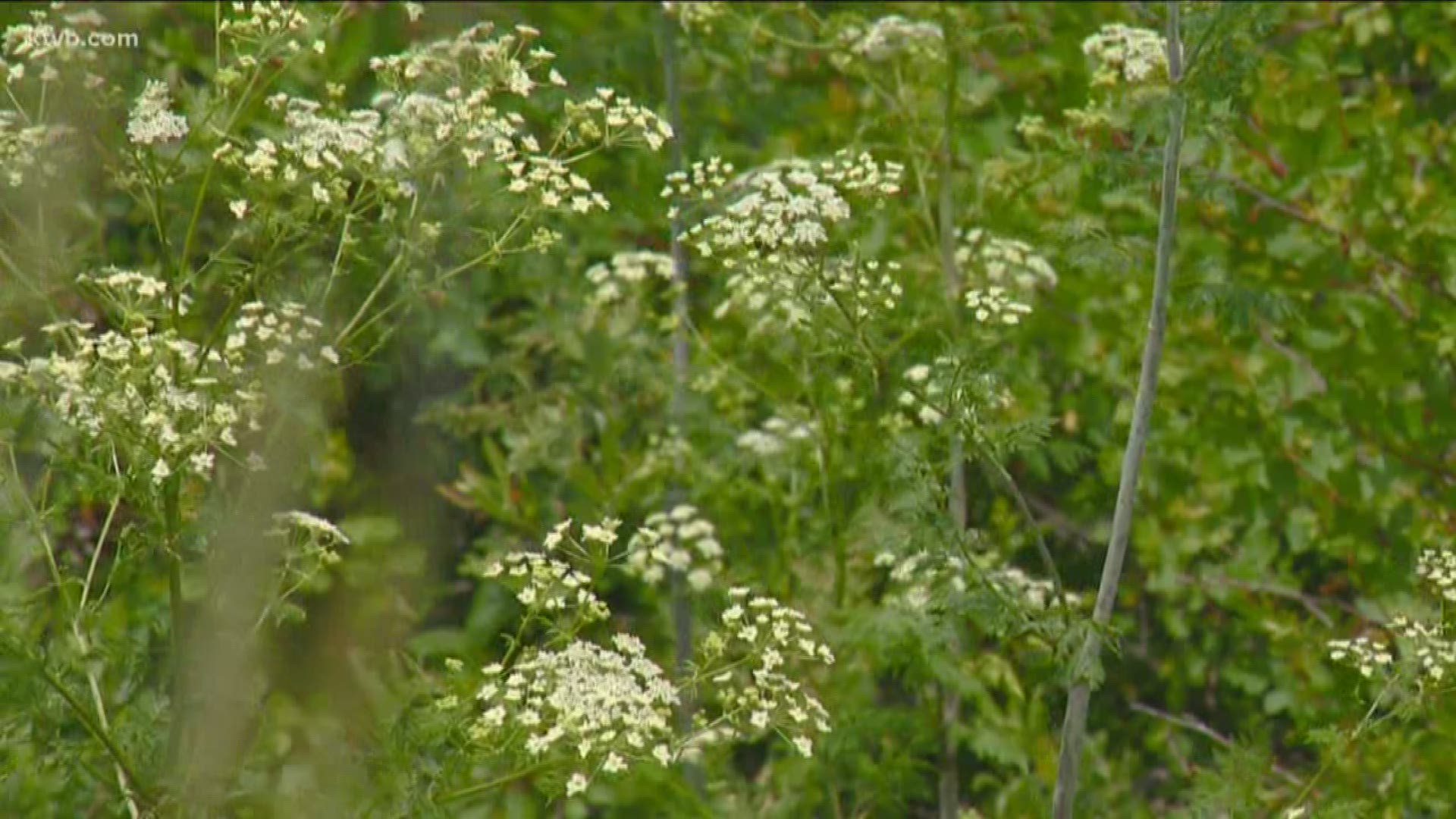 BOISE, Idaho — There are 67 noxious weeds in the state of Idaho, but there's one weed that Idahoans should be on the lookout for: poison hemlock.

“It's also one of the most toxic plants in the Western Hemisphere,” said Roger Batt, statewide coordinator for the Idaho Weed Awareness Campaign.

Poison hemlock can grow as high as 10 feet tall and experts say every part of it is dangerous from its stem to its flowers.

RELATED: Be sure to check for ticks after hikes in the foothills

“Poison hemlock often resembles carrots, fennel or wild parsley or dill,” Batt said. “The most distinguishing characteristic of poison hemlock is the purple spots on its stem.”

Eating any part of the plant can be deadly to both people and animals.

“You'll see it around a lot of riparian areas, ponds, ditches, canals, wherever there is prevalent water,” Batt said.

Anyone who makes contact with the plant, should always wear gloves.

“This plant is highly toxic, you don’t want to get the juices on your hands and then eat an apple or something like that,” Batt said.

The best way to get rid of poison hemlock is to call a local weed control expert, the county weed control superintendent or simply pull it out.

“You can see how easy that pulls up, the roots on it kind of look like a turnip and all parts of this plant are highly poisonous, from the leaves to the flowers and especially the root itself,” Batt said.