"It was $30, it cost him $30 for this pill, and that is the value of his life for someone pushing these pills on kids," the mother told KTVB. 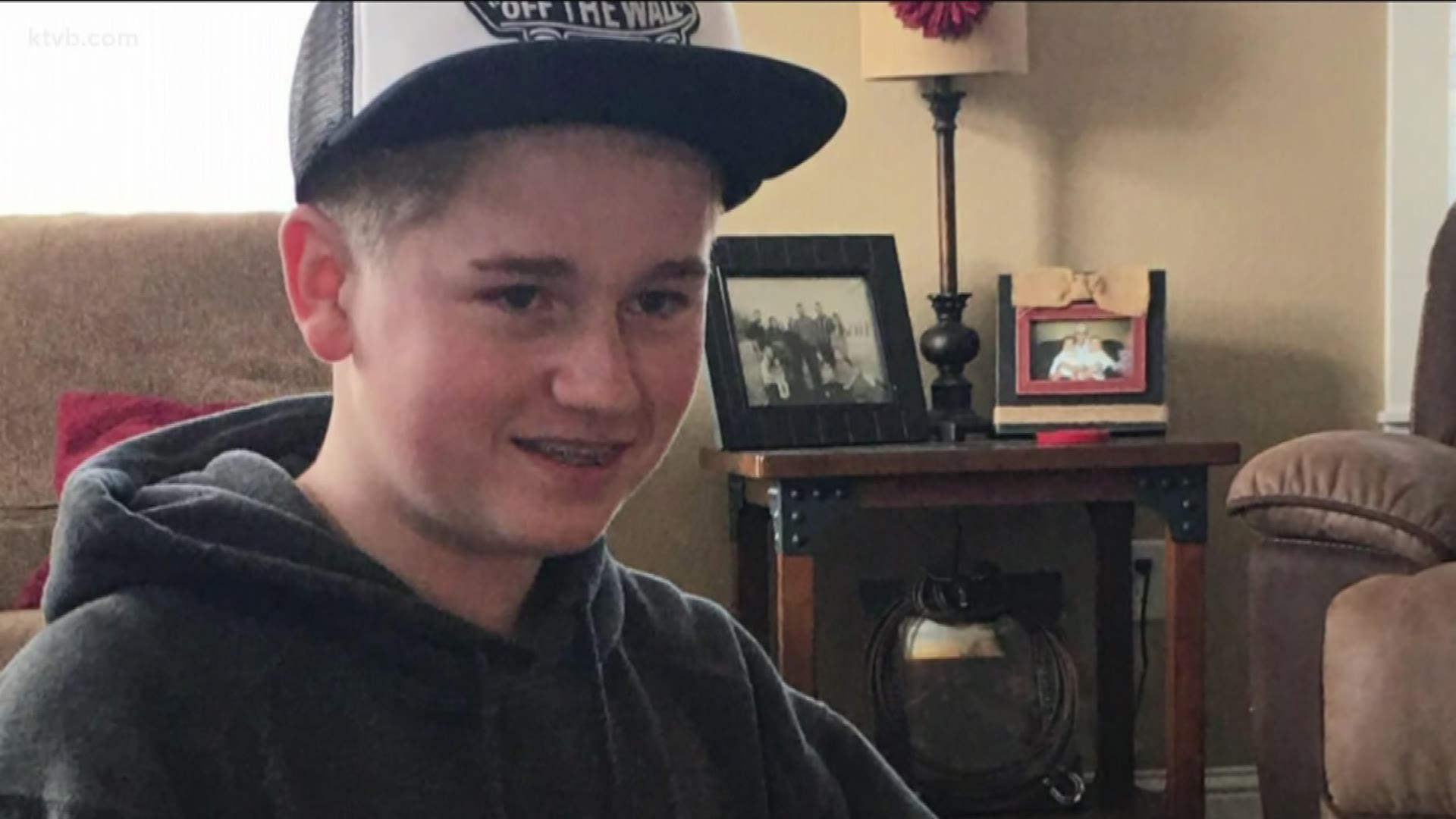 BOISE, Idaho — Cher Gray said that hours after skiing with her 15-year-old son and the rest of their family, her son was found lifeless and without a pulse after he overdosed on a pill that he bought on Snapchat, thinking it was OxyContin.

Now, the Nampa Police Department is warning people that these small blue pills are being sold under the guise of OxyContin, but are extremely potent and potentially deadly.

The Nampa mother told KTVB that her family was skiing at Bogus Basin until about 10 p.m. Friday and picked up her son's friend up for a sleepover while on their way home. The boys were in bed by 1 a.m.

"About 1:30 that morning he decided to crush up this pill he received, he paid $30 for it and it was only a half of a pill and he snorted it," Gray said.

Soon after, her son's friend woke up his sister.

"At about 2:45, my son's friend got up and knocked on her bedroom door and said 'I think I'm going to be sick,' and she said well go throw up, then she heard my son from down the hallway with really labored breathing," she explained.

That's when she got the terrifying wake-up call.

"I went into his room and he was pale and lifeless and there was no pulse, his lips were purple and I started screaming and shaking to try and get him to respond," she said.

RELATED: Nampa Police: Small blue pill may be connected to a string of recent overdoses

Gray attempted to perform CPR on her dying son, but it took paramedics ten minutes to arrive at their home and give her son life-saving medicine.

"They were able to give him two doses of Narcan with no response after the third dose he finally came to," she said.

Gray's son was rushed to the hospital and miraculously, he's expected to make a full recovery. But it is still unclear exactly what the pills are.

"My son's toxicology report is negative for opioids so this was not OxyContin," Gray said. "It sounds like from what everyone else has told us at this point that it is something synthetic laced with Fentanyl."

Credit: Nampa Police Department
Nampa police are warning drug users to avoid pills like this, which is being described as OxyContin.

Gray says her son is a good student, has a job, is an avid skier and overall good kid who just made a very bad choice. She hopes sharing her story will encourage parents to talk to their kids about drugs.

"I just want parents to be aware of what's out there, go through your kid's rooms, search their bags, ask questions," Gray said.

KTVB reached out to the Nampa Police Department to find out how the other people who overdosed obtained the pill and if officers have any leads on dealers but didn't get a response at the time of this article's publishing.

RELATED: Boise senator introduces bill to decriminalize some drugs: 'We need to get a discussion started because what we're doing is not working'